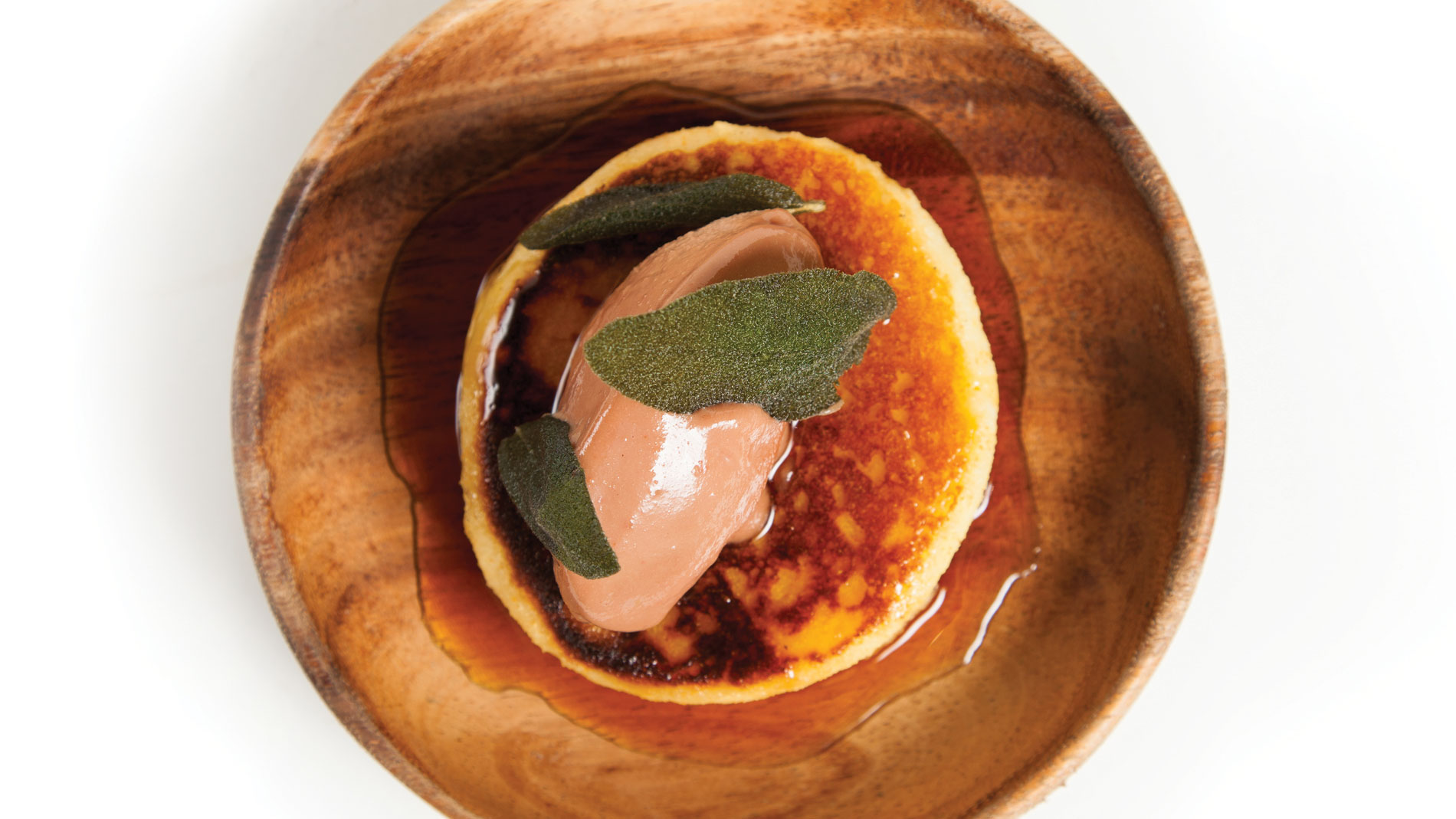 Predictability plays it safe. It wears khaki pants with a navy blue blazer and eats steak and potatoes. Predictability is a sure thing, but it can also be boring. Mike Randolph is anything but. One of the more creative culinary forces in town, he’s constantly pushing gastronomic boundaries.

Explaining Randolph’s ventures is like trying to describe a David Lynch movie succinctly; you see the expository rabbit hole but can’t resist going down it, working quickly to elucidate complicated plot lines and untethered ideas before your audience glazes over. Take as an example The Good Pie Neapolitan pizzeria that Randolph moved from Midtown to the Delmar Loop, reopened and closed again to rebrand as an expanded Italian concept, Randolfi’s, slated to open this month. Diners were also confounded for eight months in 2012, when each night Randolph transformed his breakfast-lunch cafe, Half & Half, into the dinner-only Medianoche, shattering preconceptions of Mexican cuisine before shifting to Little Country Gentleman in the same spot – again challenging our expectations – this time with an experimental tasting menu – until it closed 16 months later.

AT PÚBLICO, EXPECTATIONS ARE EXCEEDED MORE THAN CHALLENGED. Consider guacamole. You’d expect it to be superb, simple and fresh with the tang of lime juice. But piled atop two char-grilled, pancake-thick arepas in a pool of queso and chile-spiked salsa, Público’s guacamole transports us with its broad Latin American influences. Or think about tortillas: Store-bought are predictable, but ground from Landrace Bolita corn imported from Michoacán, Mexico and pressed in-house, Público tortillas are something else entirely.

And they make all the difference in the world, especially for tacos (two per order). But what fills those warm, soft blankets of pressed corn is the real star. For the Hongos taco, the combination of oyster mushrooms and huitlacoche (or corn smut: a fungus that grows on corn) provides earthy funk with cucumber and radish imparting snap and goat cheese crema adding heft and richness. Pescado Blanco pairs smoked whitefish with jalapeno cream cheese and crispy shallots; Smoked Pollo balances wood-smoked chicken with the bright tang of pickled red onion.

Billing itself as a “wood-fired cantina,” the oak-fueled hearth is the central visual of Público’s open kitchen, as well as the defining factor for most of its cooking. Observe a whole fish on the grill, a pork shoulder roasting on the spit or a cook blowing on embers to increase heat. This is hands-on, primal cooking.

It’s how a side of green beans, tossed with fermented chile sauce and crunchy candied pepitas, arrived beautifully charred and soaked with smoke. It’s the key to elevating a bone-in pork chop from good to great: wood-grilled to a meltingly tender and juicy medium-rare, sliced off the bone and made even more addictive by the mellow heat of a peach-habanero butter sauce. It’s why I found myself eating my way through the whole, head-on yellowtail snapper – stuffed with scallions, fresh bay leaf, jalapeno, lemon and lime – before realizing I was supposed to make fish tacos with the accompanying tortillas and share with the table. There was no sharing.

SMALLER PLATES REMINDED ME OF RANDOLF’S LITTLE COUNTRY GENTLEMAN DAYS when everything on the tasting menu was as perfectly composed as a Chopin miniature. There’s his ceviche-like take on a caprese salad that turns the classic Mediterranean dish on its head, using fish instead of mozzarella (Alaskan Ivory King salmon subbed for cobia the night I ate): four, fat-rich, finger-sized slices of supremely fresh fish bathed in tomato water laced with Serrano peppers, mint and basil – gone in four beats and so delicious I drank the remaining liquid (called leche de tigre or tiger’s milk) straight from the bowl. Público’s octopus triggers dreams of grilling on a Mexican beach: several tender, whole baby octopuses grilled then tossed in a Vera Cruz sauce thick with tomatoes and capers, punctuated with smoked paprika. The grilled oysters are huge – two meaty Blue Points on my visit – and packed with green chorizo, corn and bread. Grits made from that house-ground corn, chorizo, crunchy corn nuts and red-eye gravy on the side satisfy on their own or as a side with a couple tacos.

Like everything else at Público, the drink list excels, especially cocktails. Two margaritas offer the choice between refreshingly simple (Ocho Plato tequila, lime and agave syrup) or smoky and complex (Vida mezcal, Creole Shrubb, lime and agave syrup with a smoked salt rim). The selection of 10 wines, each available by the glass, all hail from Latin America or Spain.

The U-shaped bar fills most of the small space, although there are a few tables and several booths. Yet, the best place to perch and take in the action is on a seat at the open kitchen. Público feels warm and intimate, despite the sound easily reaching 93 decibels on a busy night. Tree branches constructed of dark-stained wood jut out above the booths, looking like a stylized Into the Woods set. In the midst of this highly designed space, food is served on a mishmash of plates: some from Crate & Barrel, others from antique malls. With Público, Randolph hasn’t lost his whimsy or his unpredictability – right down to the tableware.