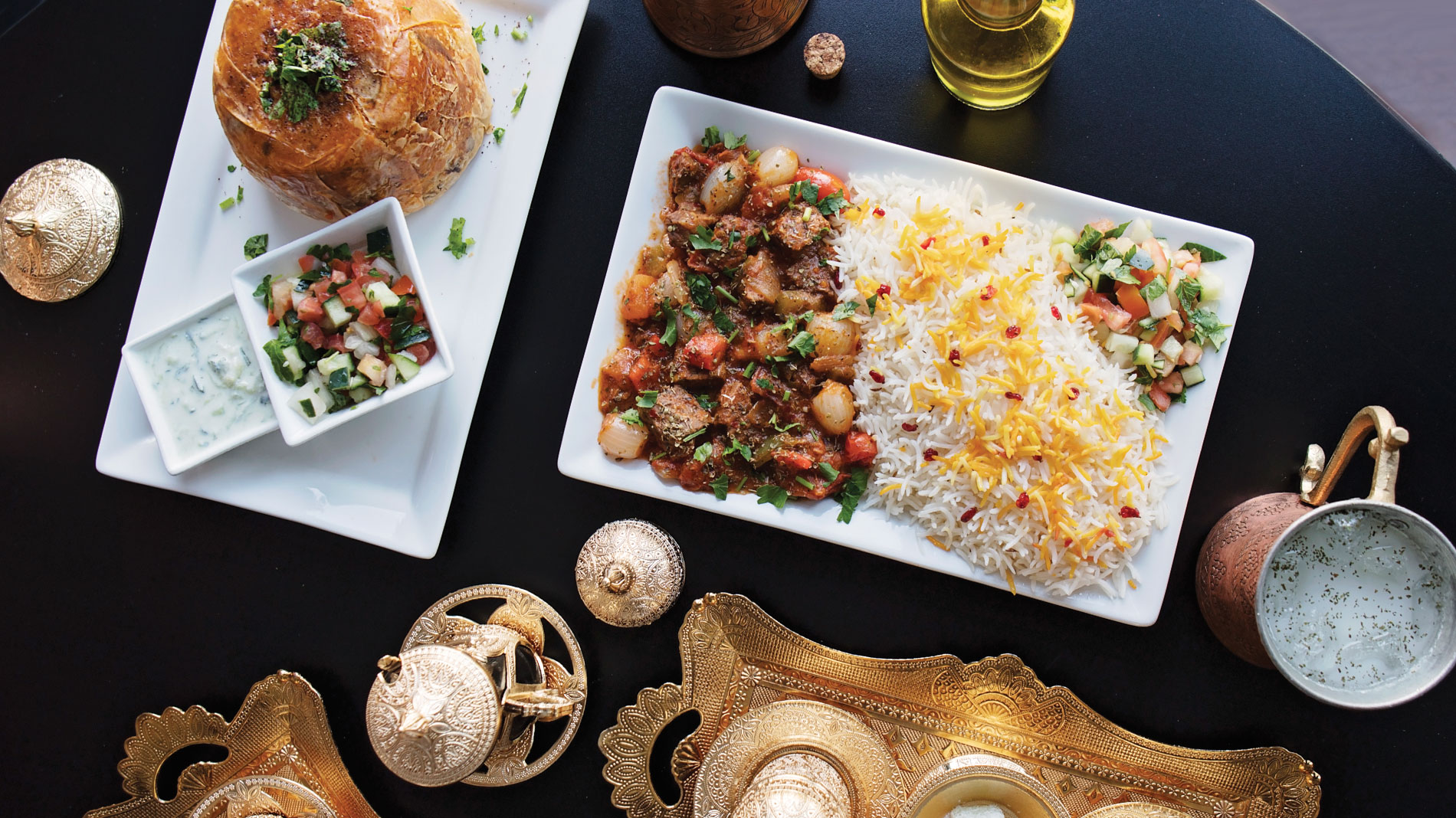 from top, the sultan pilau and qali at sultan mediterranean restaurant photo by carmen troesser

At the intersection of eastern Mediterranean, central Asian and Persian flavors, Middle Eastern food defies a single categorization. Far from their regions of origin, many Middle Eastern restaurants in St. Louis feature a range of cuisines and also market themselves as Mediterranean. Here are some of the best in St. Louis that too often fly under the radar.

Situated on a humming corner in the heart of Holly Hills, Royal Kebab might be your new favorite spot for Persian fare. Owner Pearvz Gholina will greet you at the door and quietly guide you to your table in the dining room, which only seats about 20.

Kickstart your palate with the sambosas – tender layers of phyllo dough brimming with delicately spiced minced beef and baked until golden brown. Next, sink your teeth into the koobideh and barg kebab combo. As the restaurant’s name suggests, kebabs are king; it would be a misstep to order anything else. A rivaling duo of spiced ground beef and marinated steak kebabs is bathed in turmeric and grilled to perfection, served with fluffy basmati rice tinged with saffron and juicy fire-roasted tomatoes. No alcohol is served at Royal Kebab, but you should order the house-made ayran, a salty, savory yogurt drink typically served chilled.

Opposite a large car dealership in North County, Kaslik Mediterranean is a gem. The interior is cozy and brightly decorated with a relaxing vibe. The menu created by chef Wasam Hamed (the former owner of Layla in The Grove) is both approachable and authentic, expertly covering all the basics. For those with a deeper knowledge of Levantine cuisine, Hamed is happy to take special orders with advanced notice.

Among the mezze (small appetizers), the hummus is on point, and the baba ghanoush is creamy and bright with perfectly charred eggplant, making the dish burst with flavor. The falafel are fried to perfection, leaving the outside crispy and the inside tender. Don’t miss the chicken shawarma sandwich, with sliced chicken marinated overnight in a spice blend featuring black pepper and cardamom then roasted on a vertical rotisserie and served in a warm pita with tangy pickles and zesty garlic sauce.

This bodega-style restaurant is operated by a husband and wife team paying homage to the food in their home country of Lebanon. Start with the manakish. Traditionally served as a breakfast item, these tasty little flatbreads can be ordered with an array of toppings. My favorites are the za’atar (a spice mix including dried thyme, sumac and sesame) and the spinach with feta, Lebanese white cheese and mozzarella. A delicious warm appetizer is the foul medames, made with mashed fava beans, chickpeas and garlic topped with olive oil and parsley and served warm with pita wedges for dipping.

Do yourself a favor and order the sujuk (spicy beef sausage), which can be made into a mouthwatering sandwich or served over baba ghanoush and sprinkled with paprika. Next up – makdous. These mini eggplants are pickled, filled with sundried peppers and toasted walnuts, then finished with an herbed olive oil.

For something sweet, it’s hard to choose between the Lebanese or Nabulseyah knafeh, but the owners will probably convince you to order the Lebanese version. This cheesy pastry is covered in a shredded wheat-like dough, soaked in sugar syrup with crushed pistachio and then wedged into a pocket of toasted sesame seed bread.

The Mediterranean meets central Asia in this diverse Valley Park restaurant. The owners are of Turkish descent and have created a collage of unpretentious provisions that reflect their national identity.

The iskender is a dish that has roots in northern Turkey. Tender slices of beef are placed on a pita, dressed with a tasty tomato sauce, a bit of tangy yogurt and covered with lemony sumac. Khachapuri, a traditional Georgian dish, also makes a cameo on Troy’s menu. A delicious cheesy bread that has multiple topping variations, it’s an ultimate comfort food. If you’re looking for some lighter options, try the branzino, a grilled sea bass with little more than olive oil and lemon.

Sultan is a wonderful new addition to the eclectic Grove neighborhood. Owned by Kurdish immigrants, the menu features much of the Middle East. Catchy Arabic tunes set the mood as you wait for the signature Sultan Pilau. Crack open this phyllo dough potpie to find savory rice studded with morsels of lamb shank, oven-roasted nuts and plump raisins that add a sweet contrast.

You should also try the qali: a beef stew slowly simmered with green and orange bells pepper, tomato, garlic and a hint of oregano. Though it’s complimentary, the lentil soup is also worth mentioning. Every velvety bite is impeccably seasoned. Feeling indulgent? The house-made coconut and walnut custard paired with a pot of strong Turkish coffee is worth the extra calories.

Barg is only the second Afghan restaurant to hit the streets of St. Louis, and it’s well worth the trip if only to have a friendly chat with the hardworking and mild-mannered owner, Ameen Akbarzada.

You must order the pakora: shredded potato, onion and parsley are deep fried and come with a spicy tomato chutney. Melt-in-your-mouth mantu, beef dumplings covered in yogurt, mint and split peas, also hit the spot. Last but not least, the qubuli pilau can only be described as celestial. This heavenly lamb shank is braised until the meat literally falls off the bone and served with fragrantly spiced basmati rice.

Heather Parker is a contributor to Sauce Magazine. 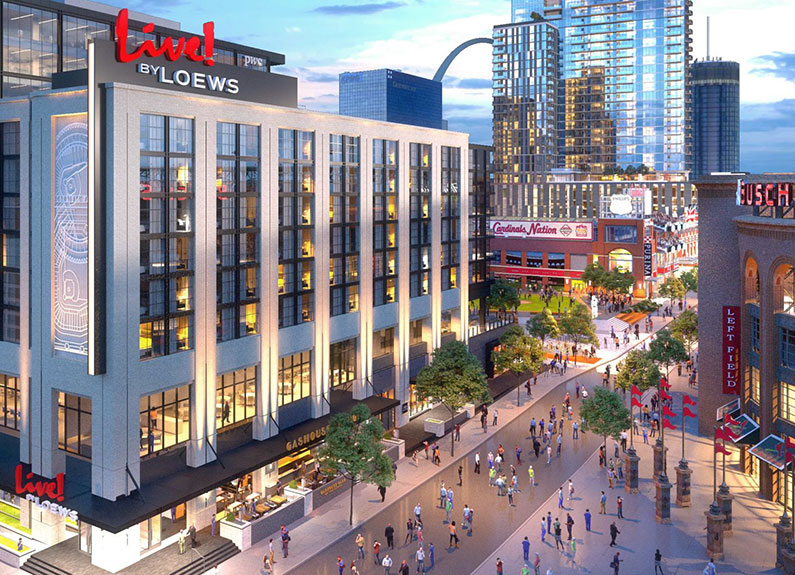 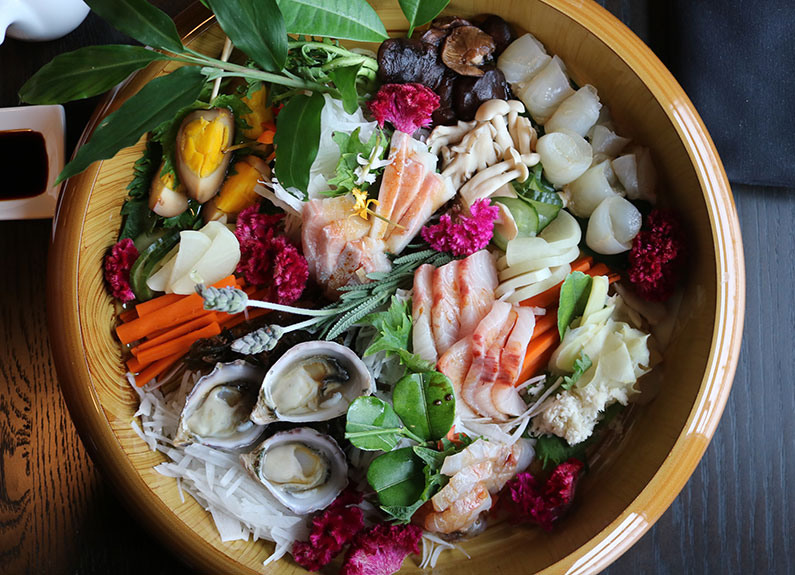 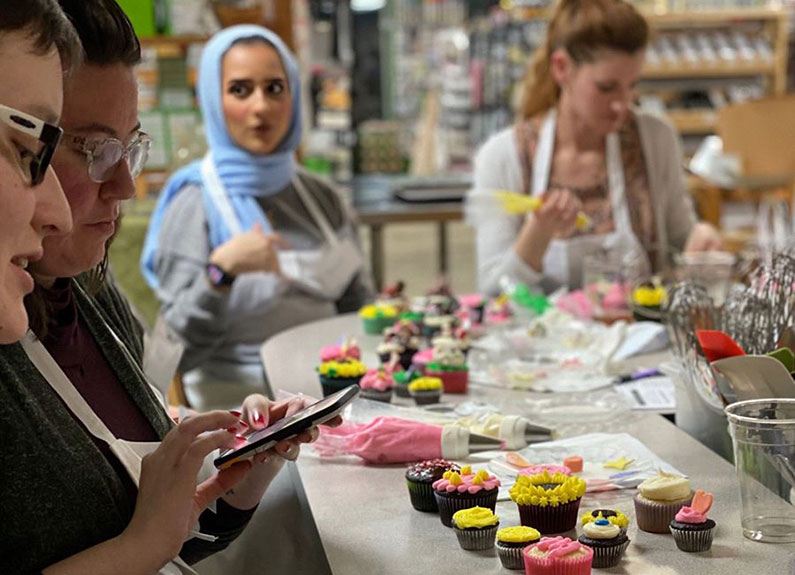