Stop by World’s Fair Donuts and you’ll find Pete’s Pops, where Pretzel Boy’s owners Tim, Jamie and Matt Garvey are serving up a twist on a classic summer favorite.

Sweet matcha tea, pear-goat cheese, rhubarb-buttermilk, blueberry-basil and avocado are just a few of the over 50 unique flavor experiences Pete’s Pops offers on a rotating basis. The popsicles are made from scratch at Pretzel Boy’s Hampton location and are sold every day at that location, as well as World’s Fair Donuts from 10 a.m. to 8 p.m., (10 a.m. to 4 p.m. only on July 4 and 5) from the Pete’s Pops truck, or from the five Pete’s Pops carts making the rounds throughout St. Louis neighborhoods.

“We’ll likely have them at all the [Pretzel Boy’s] locations by next summer,” Tim Garvey said.

Pete Cooney, a former St. Louisan who was also Tim Garvey’s best friend in high school, founded Pete’s Pops in Milwaukee seven years ago. Though business at Pretzel Boy’s has flourished, growing from street vending outside Busch Stadium to three locations in the St. Louis area, Garvey said he, his wife and his brother always wanted to add a cold treat to their menu.

“A few years ago, [Pete and I] put together a kind of handshake deal to bring Pete’s Pops to St. Louis,” Tim Garvey said. “We spent last summer getting it up and running with push carts we bought from Mexico, and now we’re really taking off.”

Since bringing Pete’s Pops to St. Louis, the Garveys and their team of about 20 have added even more flavors to the roster (mango-tajin, coffee and doughnuts, as well as gooey butter, to name a few).

“We’re in the kitchen every day for about 10 hours, always testing and throwing new ideas out there in an open forum,” he said. “Mostly, [it’s] picking new things up and putting together everyone’s ideas.”

Though many festivals, concerts and weddings have been canceled due to COVID-19, Pete’s Pops continued to operate during quarantine, partnering with Pretzel Boy’s and other local businesses like Strange Donuts and selling variety packs and pup pops, pet-friendly summer treats.

The push carts and truck have kept business booming, especially during a summer largely governed by the pandemic. “We blast on social media what neighborhoods we’re bringing the carts or the truck to, and we’ll visit about three to four neighborhoods each night,” said Garvey.

The carts and the truck have also made appearances at farmers markets and are available for neighborhood visits, graduation parties and other gatherings upon request via the website or email at petespops.stl@gmail.com. Pete’s Pops will show up at no cost and will serve customers from the cart, a table setup or the truck, and all employees will wear masks and gloves.

For the Fourth of July, flavors like Georgia peach, key lime and honeydew-lime are on deck. Expect new autumn flavors this September before the time for summer treats ends and Pete’s Pops closes for the winter, likely in October, to reopen again in March or April.

When chef Loryn Nalic recreated her and her husband’s favorite dishes from the Balkan Peninsula for ... 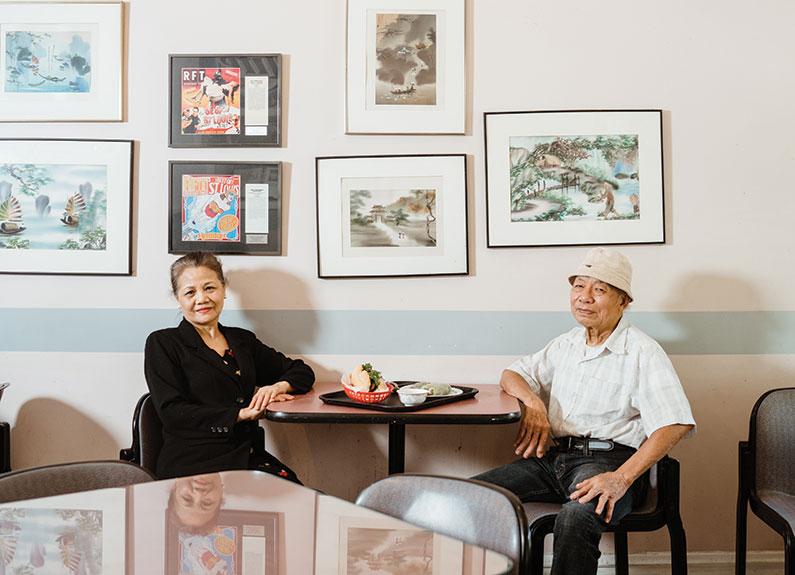