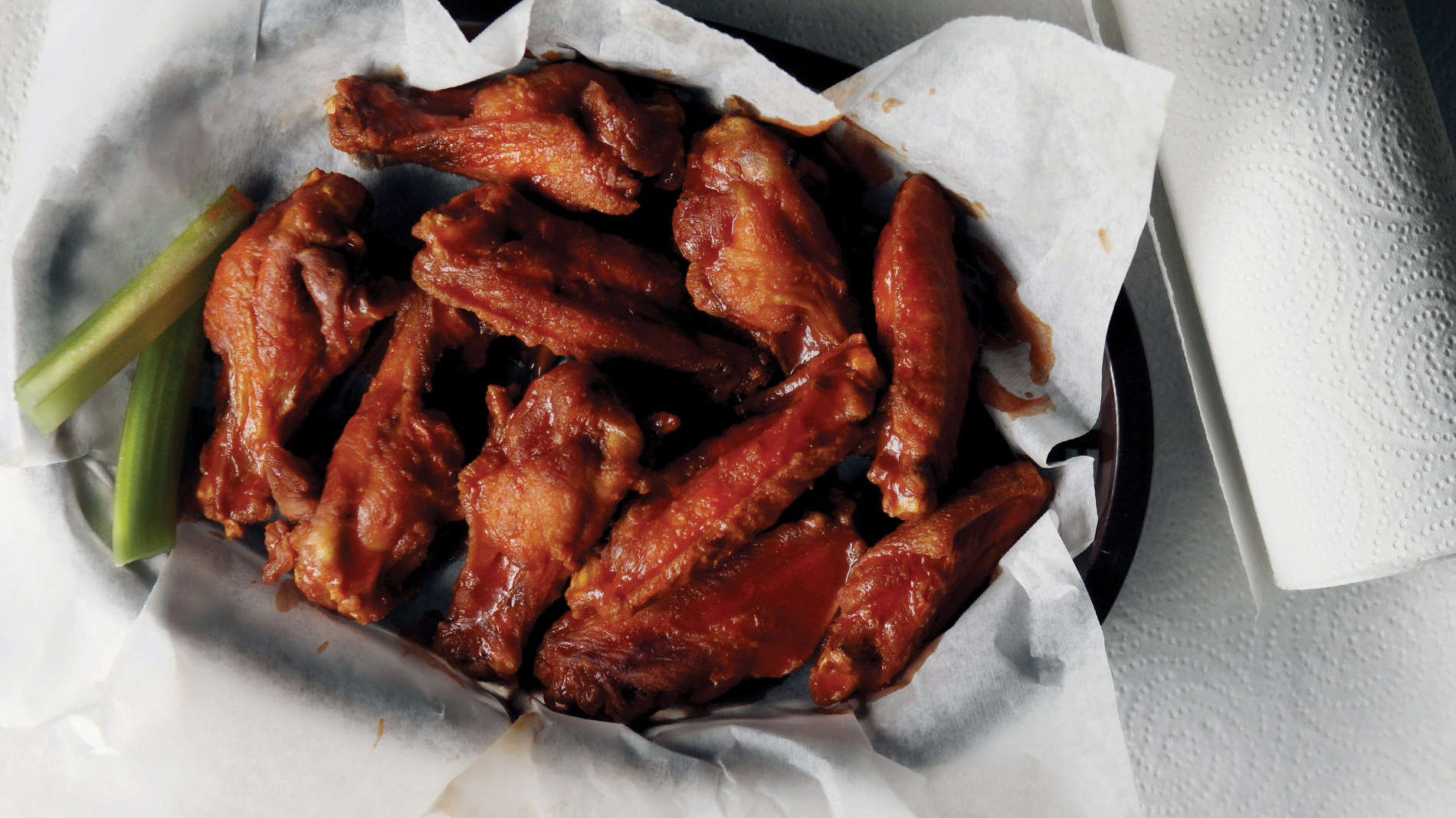 Buffalo wings – there’s nothing subtle about this aromatic, messy, popular nosh. Chicken wings and drumettes are fried and dipped in the sauce that Buffalo, N.Y., made famous: a mix of rich butter, hot sauce to let you know you’re alive and sometimes vinegar. Blue cheese? Ranch? Au naturel? You choose the finishing condiment – or choose not to use one. It all sounds academic, but these three local spots have embraced the humble Buffalo wing in notable ways and added their own tasty touches.

Geo’s Trash Wings (aka dirty wings) are fried, dipped in Buffalo sauce, then refried and redipped. The resulting wing is such a veritable explosion of Buffalo flavor that it can be hard to go back to generic hot wings. The chicken is cooked to a succulent doneness, and a full roll of paper towels at each table really helps with the mess. (For those seeking to experiment beyond the standard sauce, by the way, Geo’s is also known for offering a staggering selection of others on the menu – dozens, in fact.)

The Growlers hot wing looks, smells and tastes a little different from the usual. First, it’s a true chicken wing, with drumette, wing and wingtip all still connected. The peppery aroma hits you, and that’s your next clue that these are no ordinary Super Bowl party wings – at Growlers, it’s not about the heat. These wings aren’t drowning in sauce, but they are glowing with smoky, spicy flavor. The mix of spices in the sauce includes celery salt for a “clean finish,” as one of the pub’s managers put it. And the chicken is cooked to pull-apart perfection, a snack easily capable of outscoring any meal it might precede.

Pat’s takes the traditional Buffalo wing to another level by frying, dipping and finally charbroiling the chicken. This serves to knock down the spicy heat and kick up the smoky flavor. The skin chars, the sauce begins to caramelize, and a secondary flavor is sealed in with the Buffalo goodness. The charbroiling does something else, too: It removes some of the wetness, so eating this chicken isn’t nearly as messy as the typical Buffalo-wing experience. It’s a workable “first-date hot wing,” if you will.