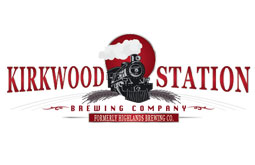 The folks over at Highlands Brewing Co., have officially changed the brewery’s name to Kirkwood Station Brewing Co., as the result of a legal dispute with a North Carolina brewery of the same name. This summer, the company held a contest on Facebook asking its fans to suggest a new name. Kirkwood Station Brewing Co., submitted by winner Brett Borgard, references the microbrewery and restaurant’s geographic location in Kirkwood as well as its proximity to the historic Kirkwood train station at the intersection of Kirkwood Road and Argonne Drive. For the time being, the brewery is keeping its original website domain, highlandsbrewing.com, though a Facebook page boasting the new name is now up and running.