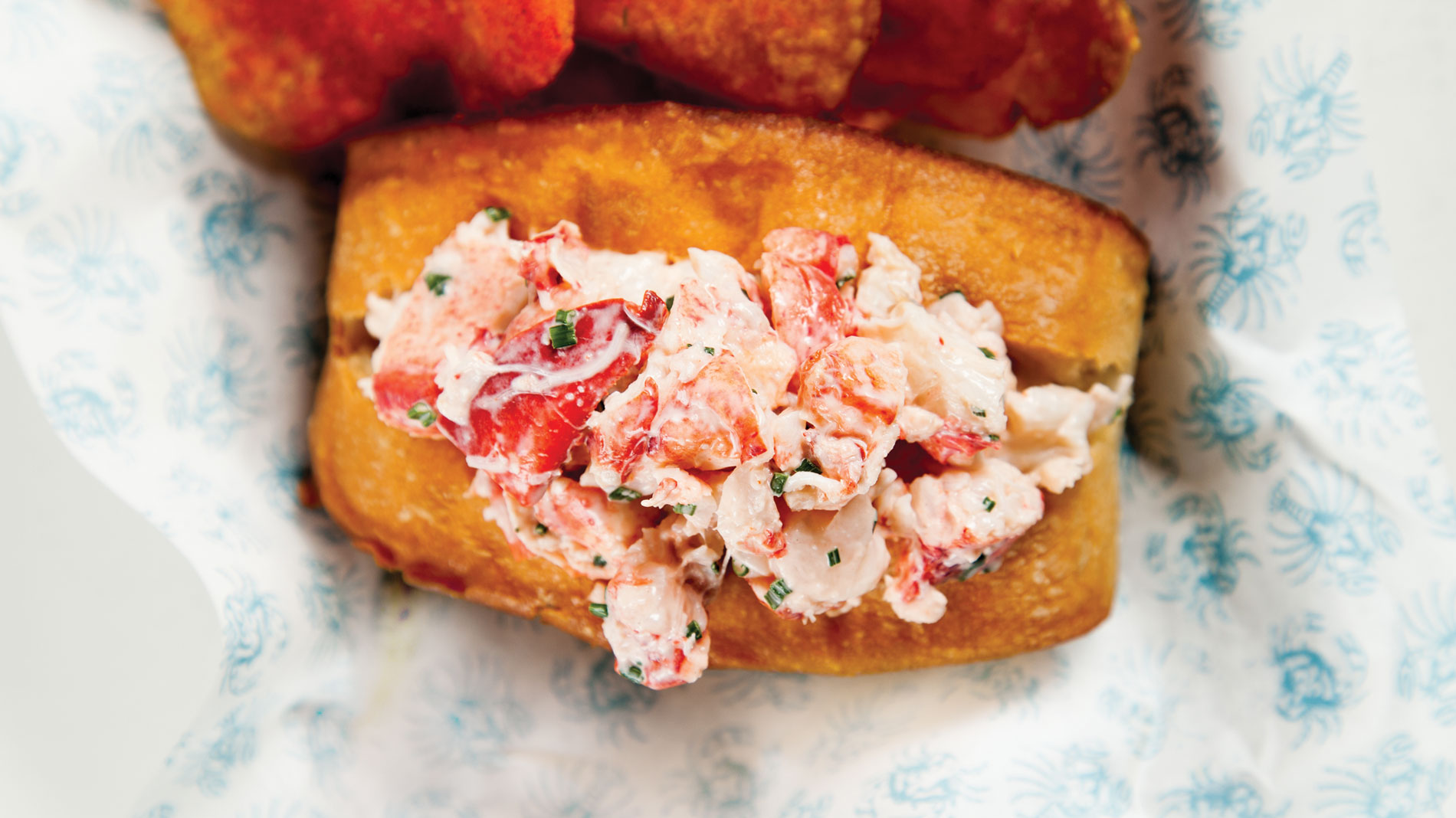 The text message the next day read, “We’re still salivating over the lobster rolls and I didn’t think it was possible!” I didn’t think it was possible either, given that my dining guests grew up in the Northeast. “They greatly exceeded my expectations,” came another text, followed by: “And you have no idea how many lobster rolls I’ve eaten over the years!”

Glowing reactions like this aren’t uncommon for Peacemaker Lobster & Crab Co., chef-owner Kevin Nashan’s hotly awaited new venture in Benton Park. Then again, Nashan is used to high praise: Aside from his James Beard Award nomination earlier this year for Best Chef: Midwest, his much-lauded Sidney Street Cafe down the block has burned bright since he bought the place 11 years ago. Peacemaker’s menu spans the cuisine of New England, the mid-Atlantic and Louisiana, and with stints in New York (Daniel) and NOLA (Commander’s Palace) under his belt, Nashan has the culinary chops to pull it off.

So how good were those ecstatically praised lobster rolls? For purposes of research and comparison, I traveled to New York City last month to experience the supposed spiritual qualities of a lobster roll. In short, my Maine-style roll, traditionally served cold on a toasted hot dog bun, paled in comparison to Peacemaker’s version: chunks of tender, sweet meat dressed with mayo and stuffed into a soft, split-top brioche bun griddled to buttery crispness and served with house-made chips. Nashan’s Connecticut-style roll was tossed with drawn butter and served warm, causing a Bostonian at the table to state that it was better than the one she had on Martha’s Vineyard this summer. It was my favorite as well.

All of this proves that, when it comes to rolls and po’boys, fresh seafood and quality bread matter. Nashan flies in shellfish an average of six times a week. The French-style bun is made to his specifications by Companion bakery; the soft outside yields to your fingers, and the grilled inside is sturdy enough not to disintegrate.

What’s stuffed inside the po’boys doesn’t have to be shellfish, though. There was the brisket, piled slices of crimson, tender beef complemented by horseradish aioli. One unusual po’boy came with roasted cubes of sweet potato and corn nuts, adding a pleasant salty crunch to the soft potato, while a topping of sour cabbage balanced the creaminess and flavor of garlic aioli. The Peacemaker po’boy, from which the restaurant takes its name, was a beauty: plump, crispy fried oysters, bright red tomato, house-made pickles and a smear of piquant remoulade.

Peacemaker’s interior so resembles a seafood shack that I half expected shanties piped through the stereo and a rain-slickered fisherman behind the 1880s stone oyster trough. It was actually a cook in chef’s whites, but you can sit at the small bar in front of that trough and watch your oysters being shucked. The selection varies depending on availability, but count on around four to six East Coast varieties. I’m no oyster savant, so I appreciated the server who described the characteristics of each variety – mineral, sweet, briny – which I promptly forgot while slurping down a few Taunton Bays and Wellfleets. A few times I bit down on stray shell pieces, suggesting a bit more skill and attention is needed in the shucking department.

The rest of the décor is pure Americana: upside-down washtub pendant lights, rustic plank tables and metal chairs painted in retro colors, canning jars for glasses, a massive antique sideboard supporting galvanized water coolers. It was designed as a casual spot to drink, dine and slurp, and if the motif felt a touch too arranged, at least everything had utility and, thankfully, didn’t take any cues from Joe’s Crab Shack.

Those wanting to indulge in whole shellfish – lobster, crab, shrimp, mussels and clams – will gravitate toward the boils and steamed dishes. The former includes potatoes, corn on the cob and andouille boiled with the shellfish. We picked our way through a tray of four steamed Maryland blue crabs encrusted in Old Bay seasoning, a labor-intensive process that yielded more fun than actual meat, but worth the effort because the crustaceans were steamed just right. (Note: Crab is out of season until March. A crawfish boil will take its place for winter.) Beer makes for fine accompaniment, especially Peacemaker, the Belgian witbier
4 Hands brews for the restaurant.

Side dishes range from the expected (french fries, coleslaw, cob corn) to the whimsical, like lobster Frito pie and a corn dog that likely will obliterate any others you’ve had. Nashan unleashes his prodigious charcuterie-making skills on the carnival classic by making hot dogs from beef and pork and coating them in the same batter used for his hush puppies, frying them to a crispy yet springy texture.

Also not to be missed: creamy, garlicky clam chowder, collard greens smothered in pork fat with pronounced notes of brown sugar and red pepper, fried green pickled tomatoes in a crunchy coat that didn’t slide off after the first bite, and multicolored succotash juiced up with harrisa vinaigrette. For dessert, the snow cones seemed more cute than desirable, and a blackberry pie suffered an anemic crumb topping and a crust too tough to cut with just a fork.

Some diners may express sticker shock at a few prices. Nashan buys his seafood direct, and that can be costly, even when cutting out the middleman. But while noshing my way through a warm lobster roll that glistened with melted butter, the $19 price tag (current market price) seemed a bargain. In fact, compared to that mediocre $18 roll in New York, it was.

Peacemaker won’t shake things up like Niche did in the same space back when Nashan’s buddy (and fellow Beard nominee) Gerard Craft sparked a revolution in St. Louis dining, which Sidney Street Cafe continues today. But in Peacemaker, Nashan has caught the right balance of simplicity, value and extremely high quality. And that’s worth texting about.