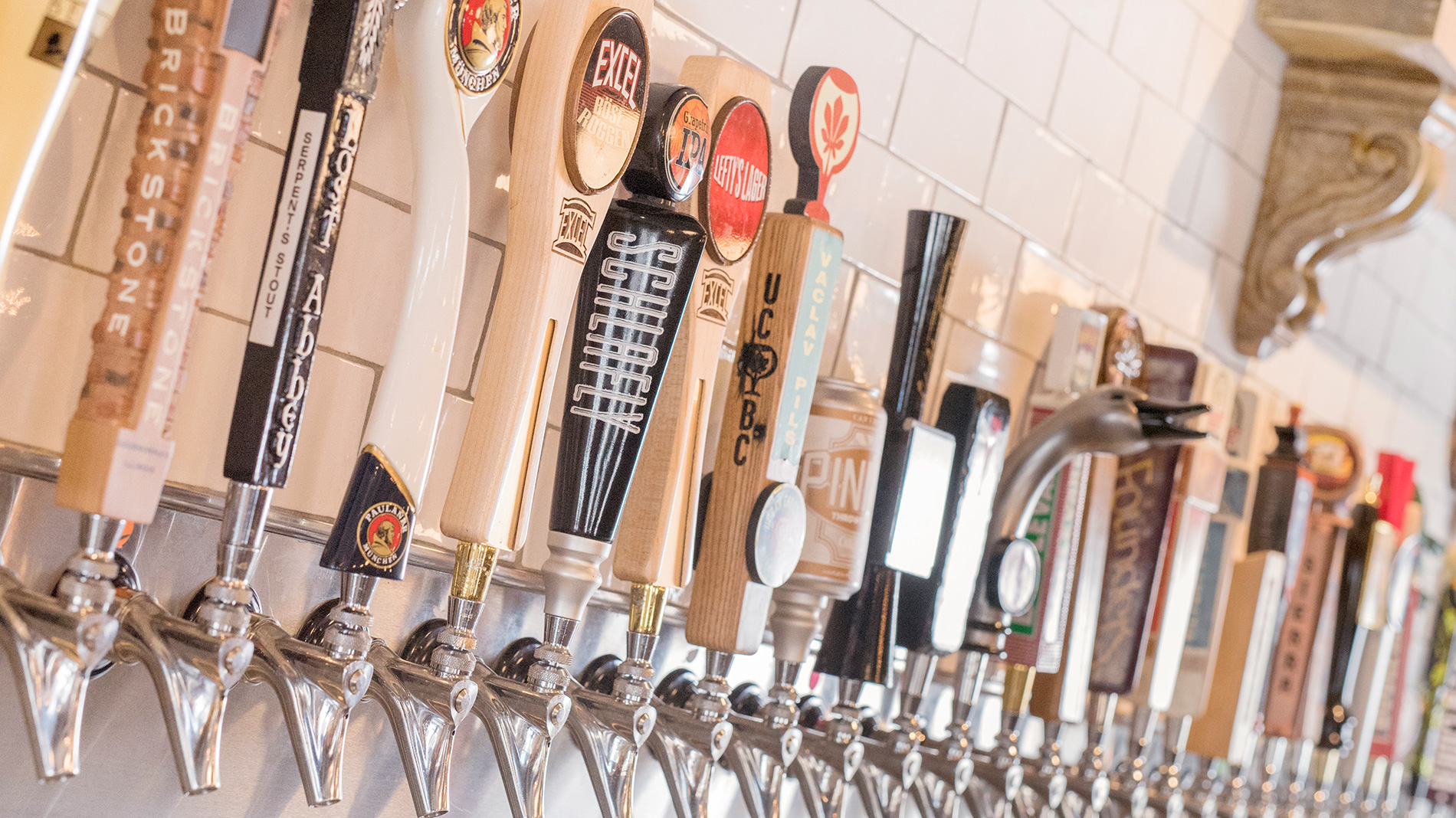 You can hit up just about any restaurant in St. Louis and have a beer with your food, but there are certain restaurants that bring craft beer to life. Here are seven places that take pints to the next level.

Bridge Tap House & Wine Bar
Pair Bridge’s a la carte cheese and charcuterie boards with 57 taps and more than 200 bottles, and you’ve got a match made in beer heaven. The list ranges from local favorites to well-balanced beers from around the world with familiar names alongside harder-to-find gems like Crooked Stave’s Colorado Wild Sage Mountain saison.

Retreat Gastropub
New to the scene, Retreat offers an elevated pub menu along with 10 taps, eight showcasing some of St. Louis’ best breweries. But what sets it apart is the thoughtful selection of specialty bottles and cans, like the collaboration beer Geyser Gose from Evil Twin and Two Roads, along with those two other taps which offer weird, frequently rotating sours like Prairie’s Funky Gold Simcoe.

Elijah P’s Burgers & Brews
The 60-plus beer menu at Elijah P’s is cleverly organized by tasting note, starting with the broad categories: crisp, hop, malt, roast, smoke, fruit and spice, and tart and funky. It’s a classy, yet relaxing old-school hangout perfect for sampling a wide variety of beers from everywhere, including the Old Bakery brewery around the corner and Belgian breweries like Brasserie d’Achouffe.

Salt & Smoke
The extensive selection of whiskey might tempt you to ignore this barbecue haven’s beer list. Don’t. Salt & Smoke’s taps offer a range of styles and flavors from local breweries – from Perennial’s Saison de Lis to The Civil Life’s American Brown.

5 Star Burgers
5 Star Burgers is the place to be during happy hour with half-price local draft beer and mini munchies that will keep you there ’til your belly’s full and your heart’s content. Order a pint of Six Mile Bridge’s Irish Red Ale at the Kirkwood location.

Dressel’s Public House
With rotating food and beer menus, you might not know what to expect at Dressel’s but you know it will be good. The most recent rotation included house-made chorizo corn dogs and Points Unknown IPA from Ecliptic Brewing. I need not go on.