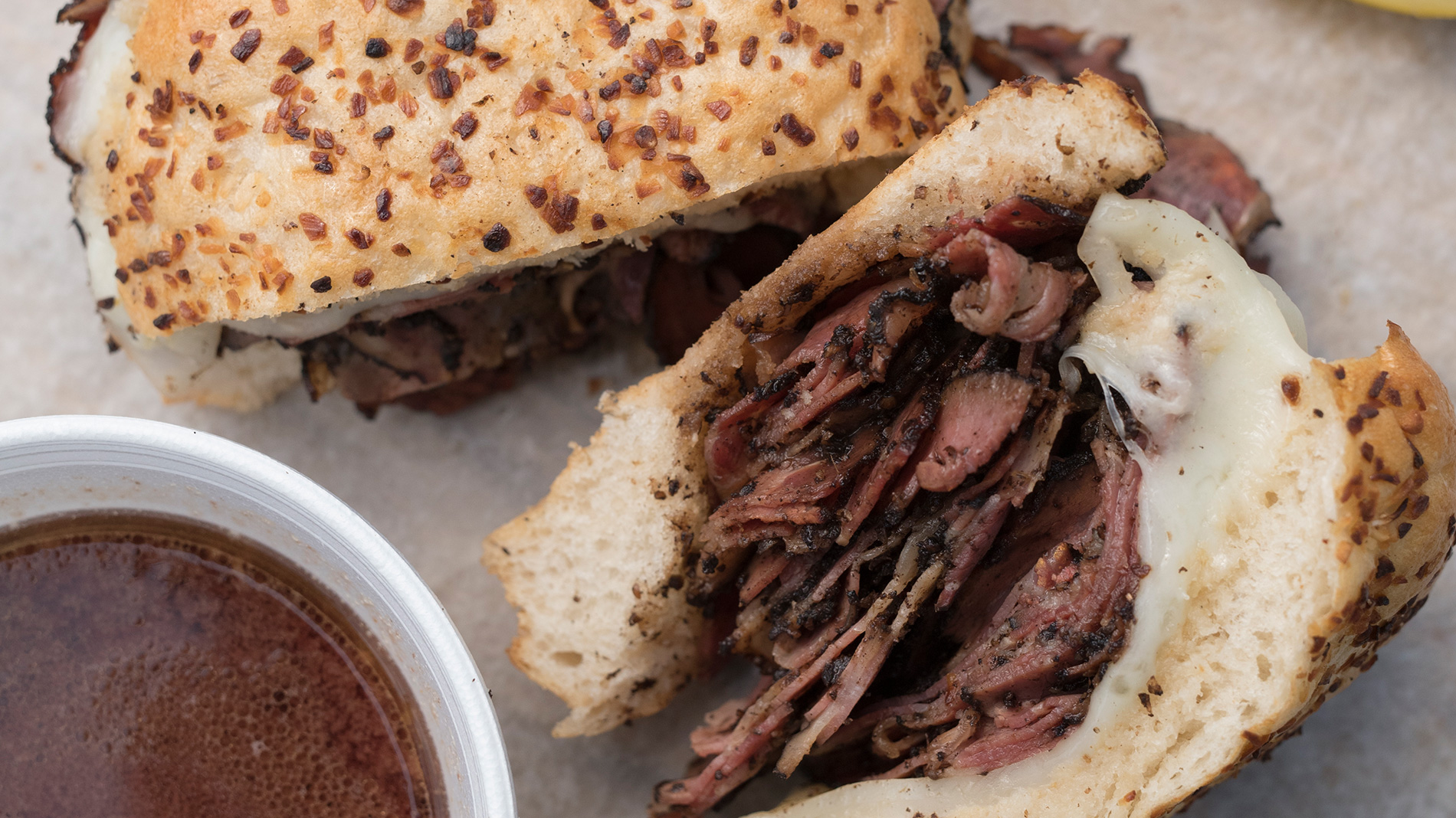 The word delicatessen means “delicious food,” which is what Carl’s Deli serves up in little baskets. It’s a small joint with crooked Cardinals paraphernalia on the walls and just the right ambiance for heaving fists full of meat down one’s gullet. However, direct comparisons to a New York deli aren’t really fair, since the friendly staff captures part of what makes St. Louis special. The menu is carefully listed on a letter board: meats on one side, vegetarian offerings on the other and a small poster showing the Vitale’s Bakery breads offered. This simplicity belies the multitude of combinations possible for amazing sandwiches. The only way to go wrong is to show up without an appetite.

All the Sandwiches
When meat is what to eat, Carl’s has every deli classic and then some – with all the cold cuts sliced fresh when you order. From the perfectly prepared hot pastrami to the ravishingly red rare roast beef, I’ve never had a bad sandwich at Carl’s. When you watch them slice the Dietz & Watson or Boar’s Head options onto your bread, you’ll wonder if you’re supposed to say when to stop. Add lettuce, tomato, onion and jalapeno for a bit of crunch and spice in what would otherwise be a mountain of melt-in-your-mouth meat. Spicy mustard is a must, and I hope you like mayo. On one of my visits, a patron asked for “a little mayo,” and his bread was slathered tip to toe. It was beautiful.


Special Deli Boy
The Deli Boy is Carl’s take on what a sandwich should be. With ham, turkey and salami, plus American and Swiss cheeses, it marries some all-time favorites for the indecisive deli diner and challenges the largest appetites with a combination that’s distinct, yet familiar.

Hot pastrami
Dripping with spicy juice and soaking its sandwich bread with beefy sweat, Carl’s hot pastrami was a treat. There’s a turkey version, but the classic pastrami was the star of the show – and Carl’s best-seller. Try it with an onion roll, melted provolone and horseradish. If that’s too much zing, wheat bread and spicy mustard are traditional for a reason.


The Reuben
Stacked comically high with salty, warm corned beef, Carl’s Deli Reuben made my short list as one of the three best in St Louis. Unlike the others, there’s only one correct way to order a Reuben: topped with melty Swiss and sauerkraut, drenched in pink Thousand Island on rye. Anything else just isn’t kosher.

The Downside
Seating is limited; getting lunch to-go can be the best strategy, depending on the crowd. Side dishes are also limited, if you have any extra room at all – in which case, go for the pasta salad and mustard potato salad. They aren’t made in-house, but they’re still a cut above the average grocery store options.