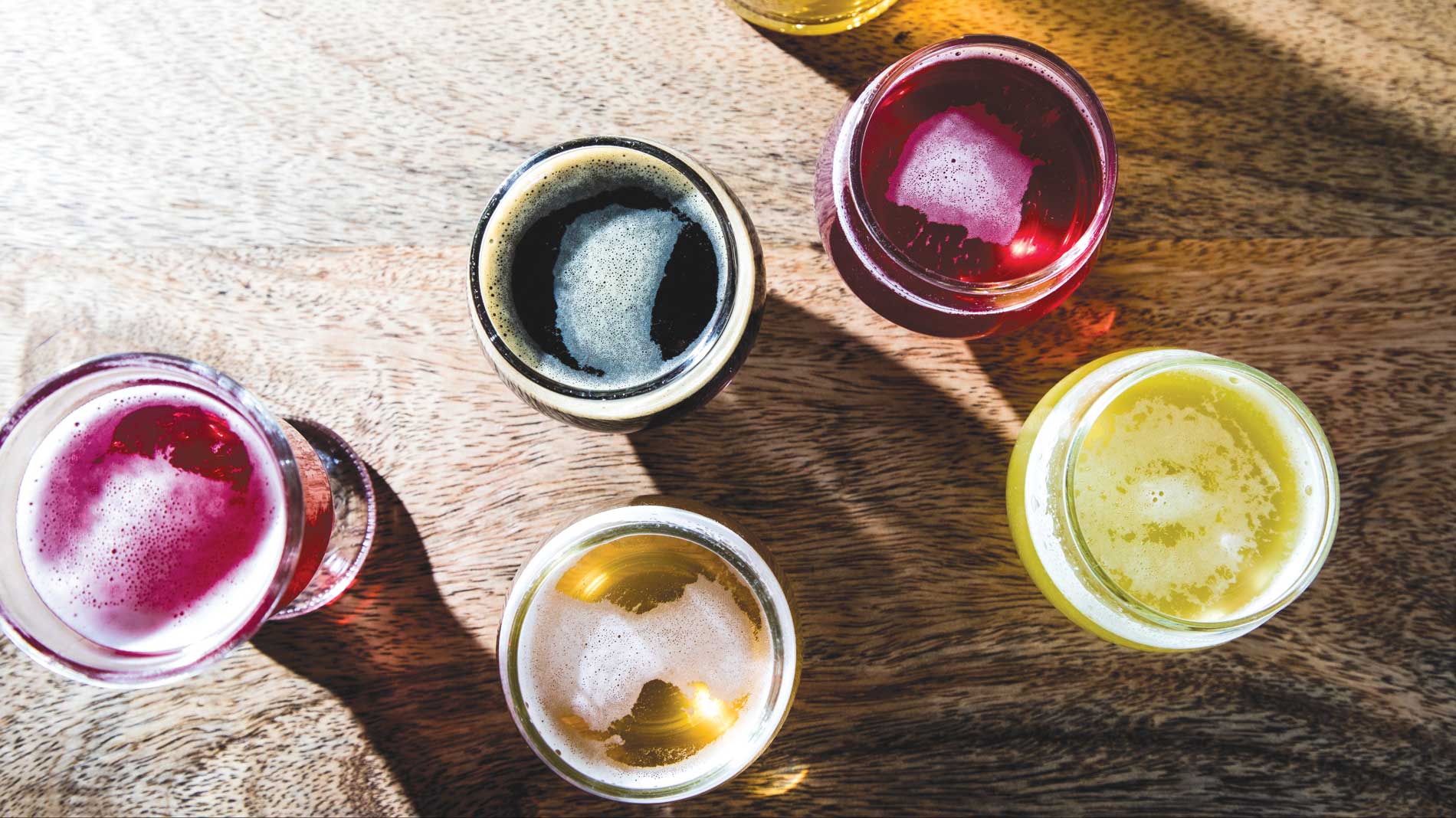 It’s not hard to find one that will please your palate. Varieties range from turn-your-mouth-inside-out sour to Snapple sweet – with profiles as varied as the ingredients brewers add to flavor their teas. The largest producer in Missouri, Companion Kombucha, is sweetly approachable, with barely noticeable carbonation and very little funk. Bottles of Com Kom’s colorful fruity and floral flavors – from Punchy Pomegranate to Laid Back Lavender – are widely available in the metro area. Fenton-based KomBlu Kombucha offers lighter, super sparkly options in big blue bottles that pop open like Champagne. Strong aromatics of ginger, citrus, mango or grape subside to mild, bubbly sips of each flavored tea.

If you’re looking for something a little funkier and more acerbic, head to The Grove and try Confluence Kombucha in mildly carbonated flavors like an earthy golden beet-chamomile, an oddly savory jackfruit-lime-saffron or a gose beer-inspired coriander-lemon-salt.

Kombucha is made by fermenting brewed tea with sugar and a culture called SCOBY (symbiotic culture of bacteria and yeast) that grows to look like an alien jellyfish over the tea. “Through the fermentation process, organic acids are produced,” said Confluence Kombucha founder and master brewer William Pauley. That’s what gives kombucha its vinegary quality.

“It’s high in probiotics and B vitamins, and has innumerable health benefits,” he said. Pauley recommended drinking kombucha at least a few times a week for preventative gut health, but, “I’ll never say that it’ll cure anything – it’s not like you’re sick and decide, ‘I’m going to drink kombucha and feel better.’ It’s not going to cure you if you’re really ill.”

Healthy or not, people wouldn’t drink this stuff if it weren’t delicious. “Beyond anything, taste is what matters the most,” Pauley said. He ferments Confluence’s kombucha using white, oolong, green or black teas depending on the flavor profile he’s going for with the ingredients he plans to infuse. “Some of my flavors are really complex but then some [let one ingredient] shine. That’s why we ferment the tea by itself – we let the tea do its thing, and I’ll do the magic I do after that,” Pauley said.

Confluence has eight kombucha taps that change almost daily with Pauley’s creative concoctions. Look for the semi-permanent pineapple-turmeric-peppercorn, which has a fruity sweetness with underlying vegetal notes on the palate and a hint of white pepper spice. The simpler, sweet-tart jun is fermented with wildflower honey instead of sugar. Balanced, clean-tasting and less cloudy, the jun is a good place to start – or just go with your gut.