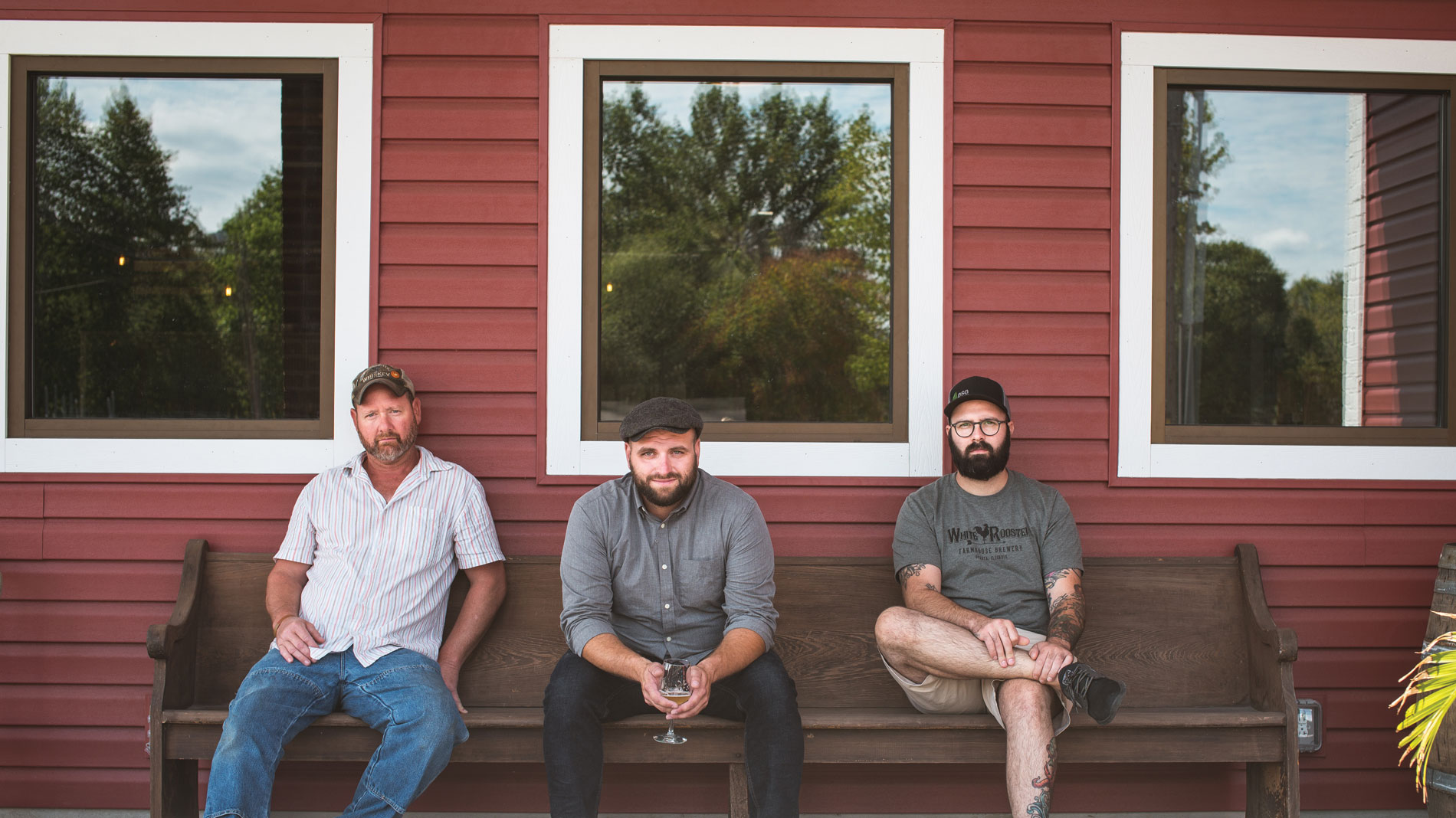 Sitting at the bar at White Rooster Farmhouse Brewery, I’m nervous. I definitely like beer. I always grab craft over the big guys at the store, but I can’t identify hops or define the mash or debate fermentation methods. In a city where beer-lovers can spend hours geeking out on the finite details of every brew, I simply can’t hang. I’m not a beer nerd.

Plus, I know that after sipping suds at White Rooster’s bar, I have to drive the hour and a half back home to St. Louis – on the winding road flanked by corn stalks that a bright red scooter led me down on my way out here. Back down Illinois Route 15, through East St. Louis and over the Eads Bridge.

Just thinking about my trip home, I can’t help but wonder: How many people would really travel so far to this Illinois town of fewer than 5,000 for a pint when Missouri is practically busting at the seams with outstanding brews?


As a husband and wife shuffle up to the bar from the side patio door, I get my answer. They came from Scratch Brewing, a craft brewery in Ava, Illinois, where they were told to make the 40-ish-minute trip to White Rooster where “everything is good.” This has become more common, co-owner Eric Ogilvie tells me, as a decent chunk of White Rooster’s sales are beginning to come from the St. Louis crowd.

The couple orders a sour and a Northeast-style IPA and sit down at one of the small wooden tables in front of the bar. Seconds after their first sips, the couple’s praising Ogilvie and his co-owners Chris Van Horn and Michael Deutschmann, pummeling them with questions and asking for recommendations.

At the other end of the bar, a guy in a Narrow Gauge Brewing T-shirt is paying his tab. You can see the delight in all three owners’ faces as he, too, compliments them on their Northeast IPA. This kind of beer, also called New England-style, is less bitter than traditional IPAs, Ogilvie explains to me, thanks to late and dry hop additions. The man is the assistant brewer at Narrow Gauge, a Florissant craft brewery known for its stellar Northeast-style IPAs.

White Rooster wasn’t supposed to be inside this open-space roadside spot that’s housed everything from a Kroger to a video rental store over the years. Back when the trio began thinking seriously about opening a brewery (after faring surprisingly well at local homebrew competitions), they wanted it to be on Ogilvie’s parents’ property about 4 miles east where they held annual Classy Homebrew Throwdowns.


“We would just basically crank out as many homebrews as we can and have a great big party,” Ogilvie tells me, smiling. “Ya know, the name – it’s sarcastic. Because there was nothing classy about what we were doing.”

But when the neighbors didn’t see the value of adding a brewery to the area, the trio had to re-punt. They found this space in town and tapped their training as a sheet metal worker, a pipe fitter and an iron worker to handle about 80 percent of the rehab themselves. Finally, they had a location.

They had a name, too: White Rooster, after Ogilvie’s pet rooster, Joe, who was “white and pretty tame. You could hold him and carry him around and stuff,” he says with a boyish giggle. “We’re pretty Hoosier.” And they had a plan for the beer: farmhouse style – barrel-aged, sours, wild fermentation methods and yeast-driven flavors – “ya know, funky stuff,” Ogilvie says with another chuckle.


Back at the bar, I tell Ogilvie to give me anything. He holds a glass to a tap and fills it with a clear, golden liquid aptly named Gold Rush, the Northeast-style IPA that everyone was raving about just minutes earlier. (Ogilvie and Deutschmann are huge Scorcese fans and are having a blast with mob-themed names for their brews.)

It’s good – really good – and sans the smack-you-in-the-face bitterness I find in most IPAs. I can actually taste the fruitiness of the hops. This is an IPA I could drink and drink and drink.

Next, he pours me the Strawberry Kairos, one of White Rooster’s Farmhouse-style sours that’s been fruited with strawberries from a nearby orchard. After self-deprecatingly admitting I’ve never cared much for sours, I take my first sip – slight sourness balanced perfectly by juicy strawberry natural sweetness – and fall in love.

These are funky beers for people who don’t usually like funky beers. And for people who do. That’s the thing about this place: A tucked-away spot inside a tiny Illinois town, named after a pet rooster and inspired by an ironically named farm party is turning out fantastically innovative beer that’s making brewers, beer-lovers and even novices ask for another. I’d say that’s worth traveling for. 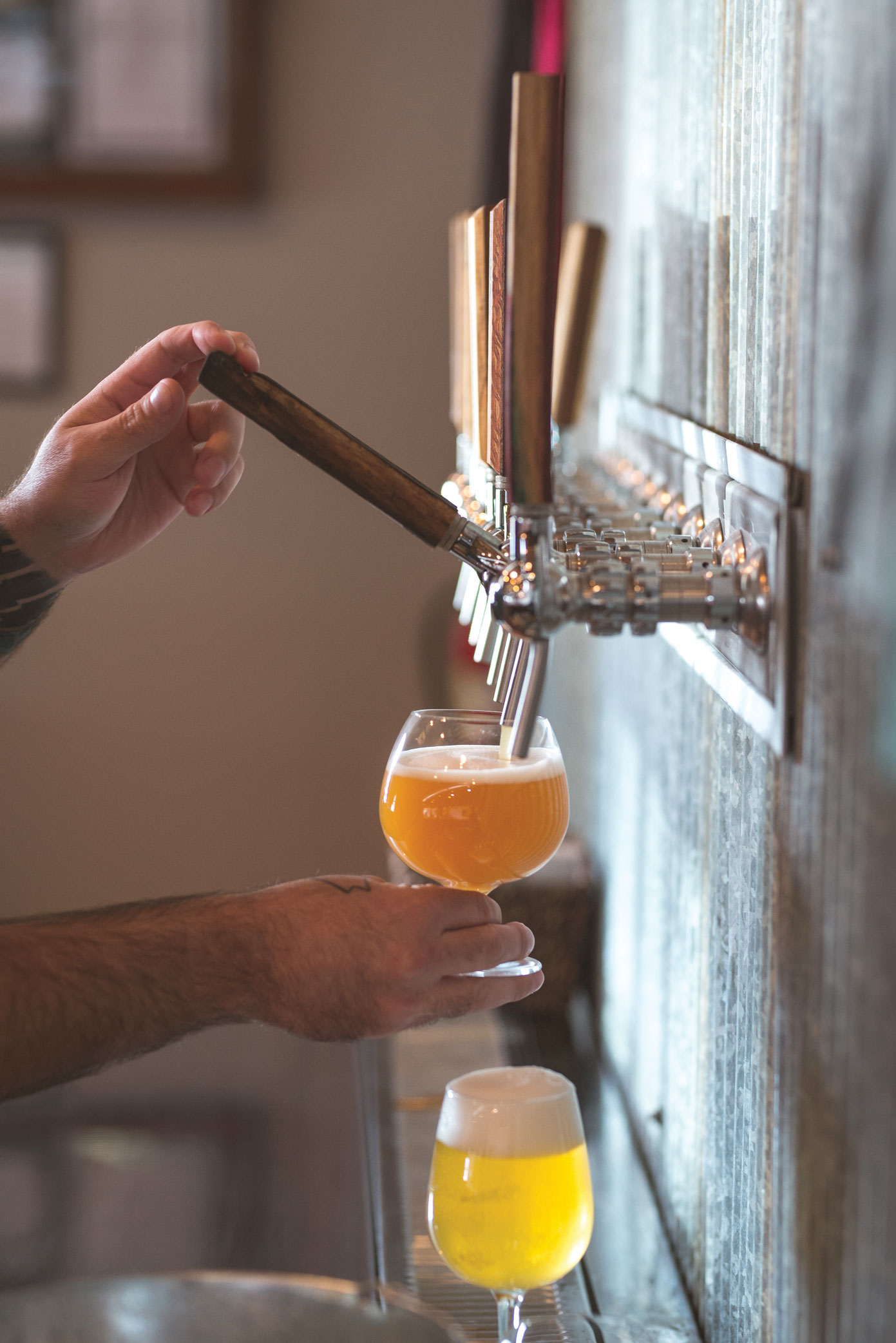 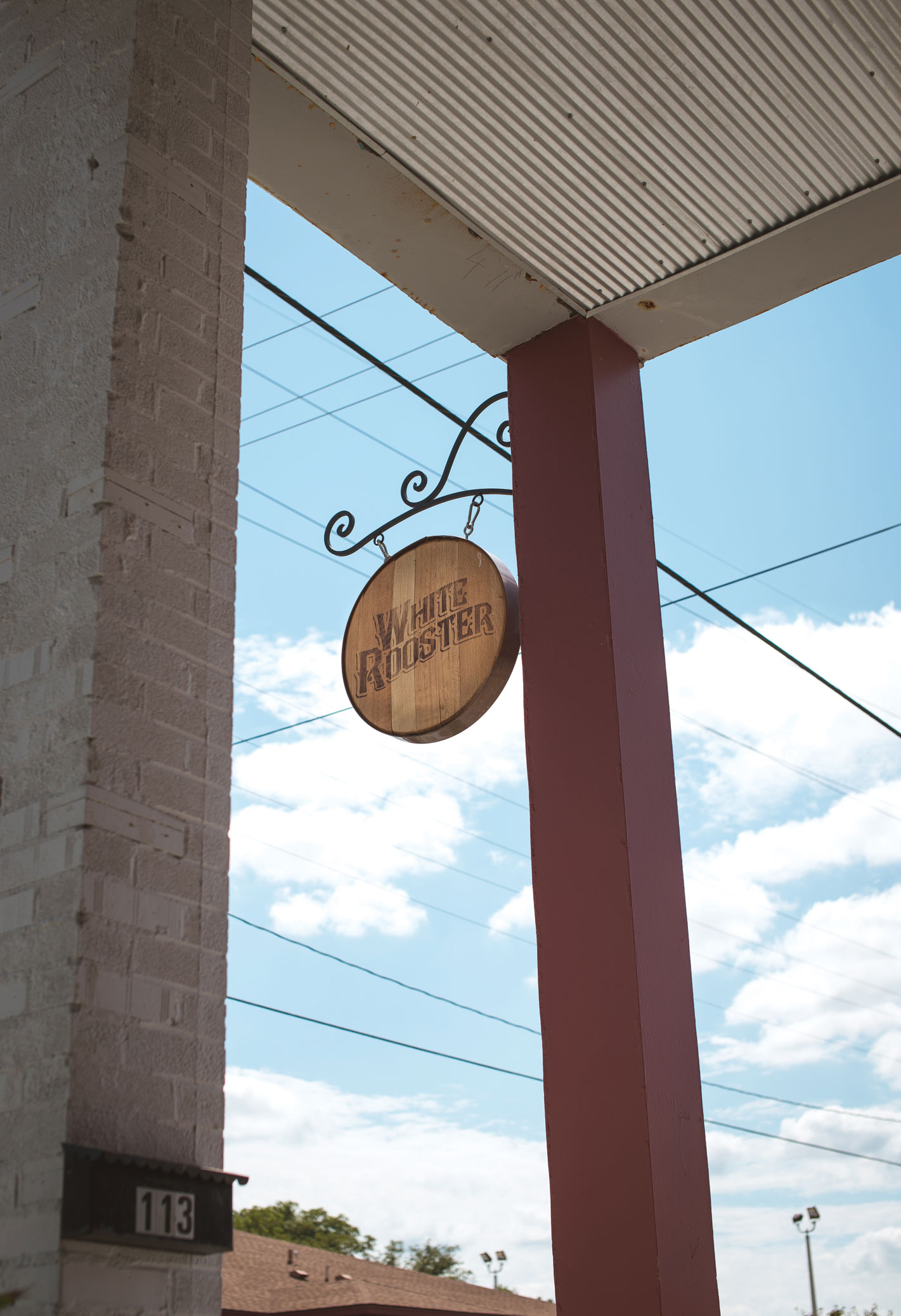 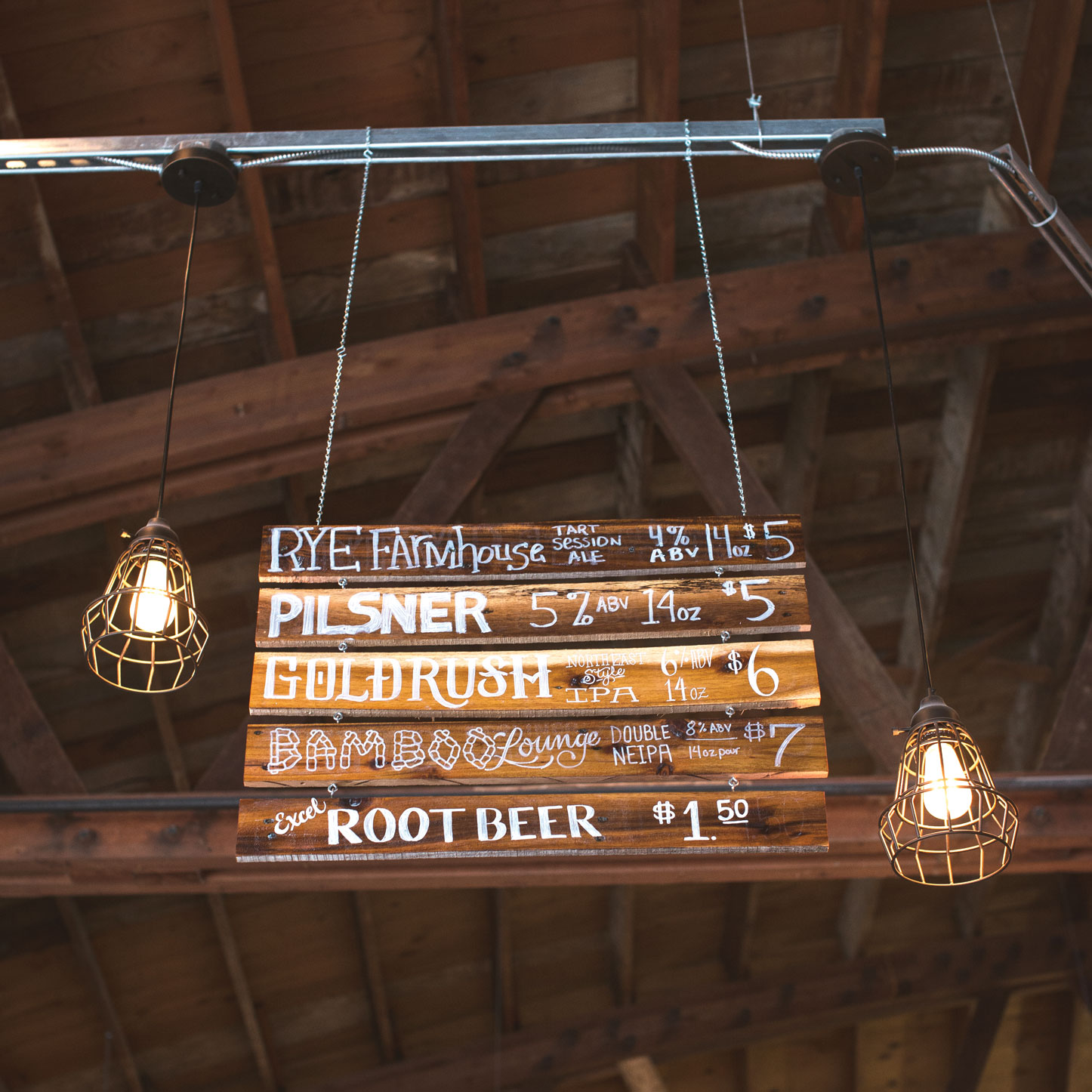 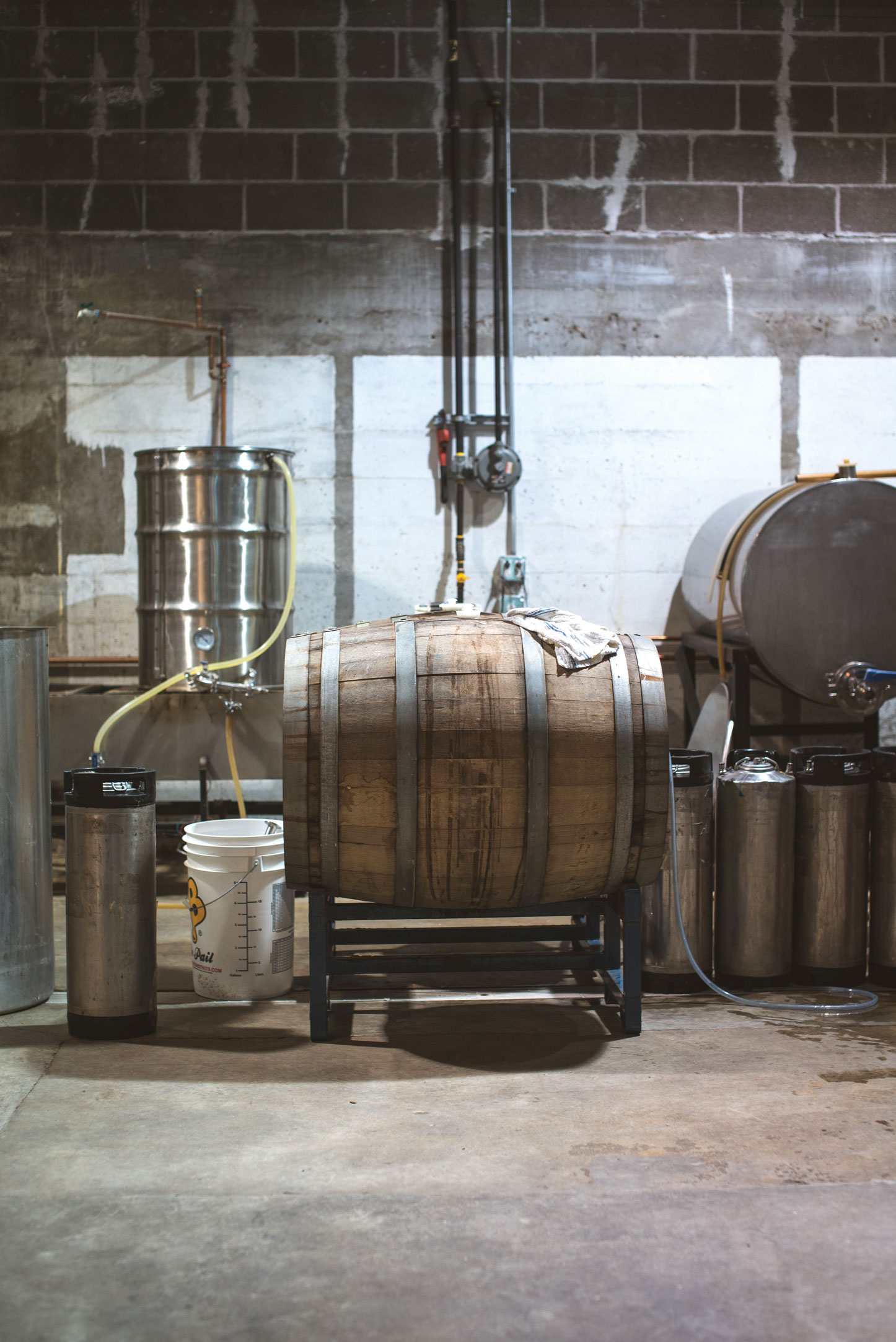 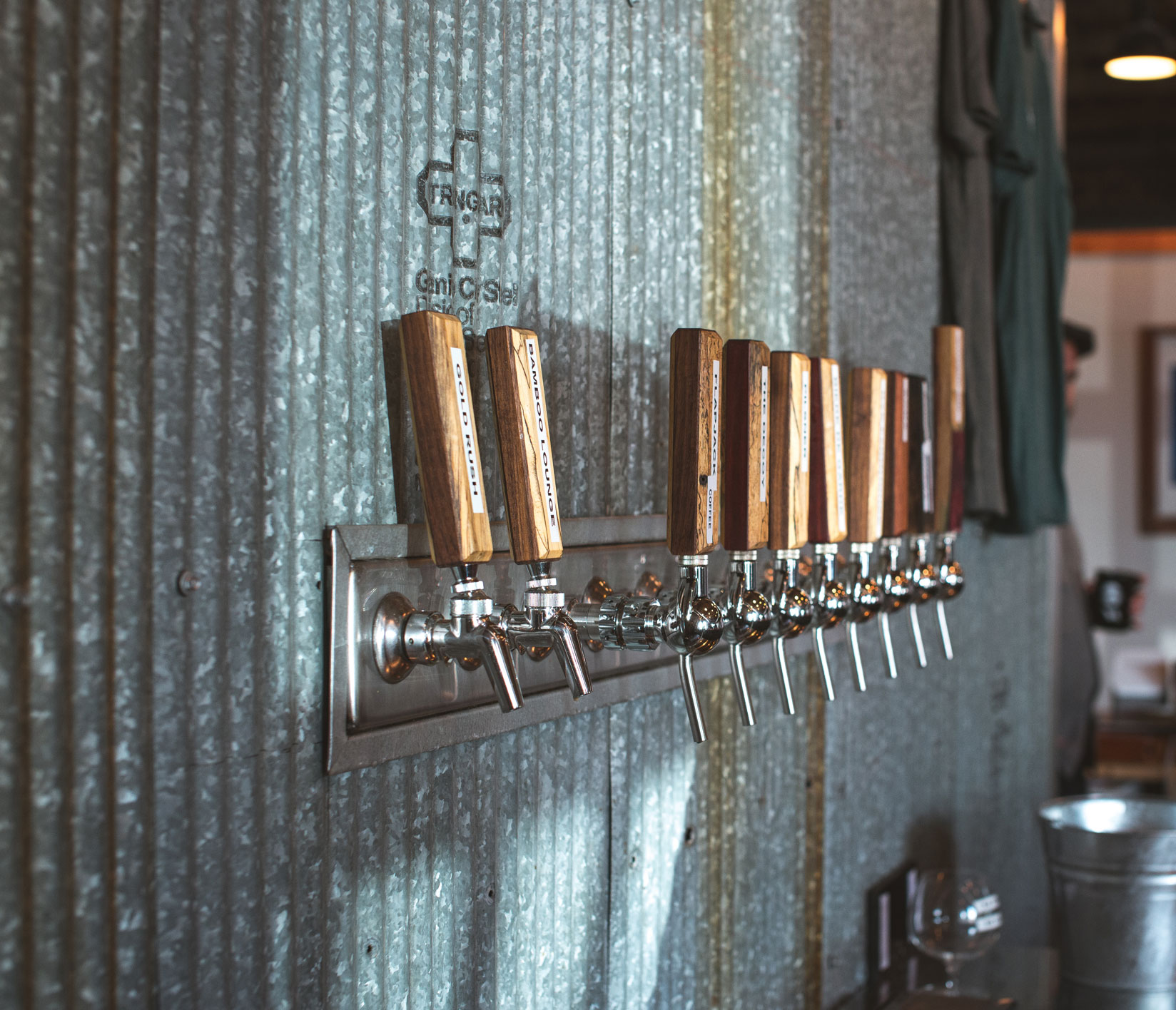 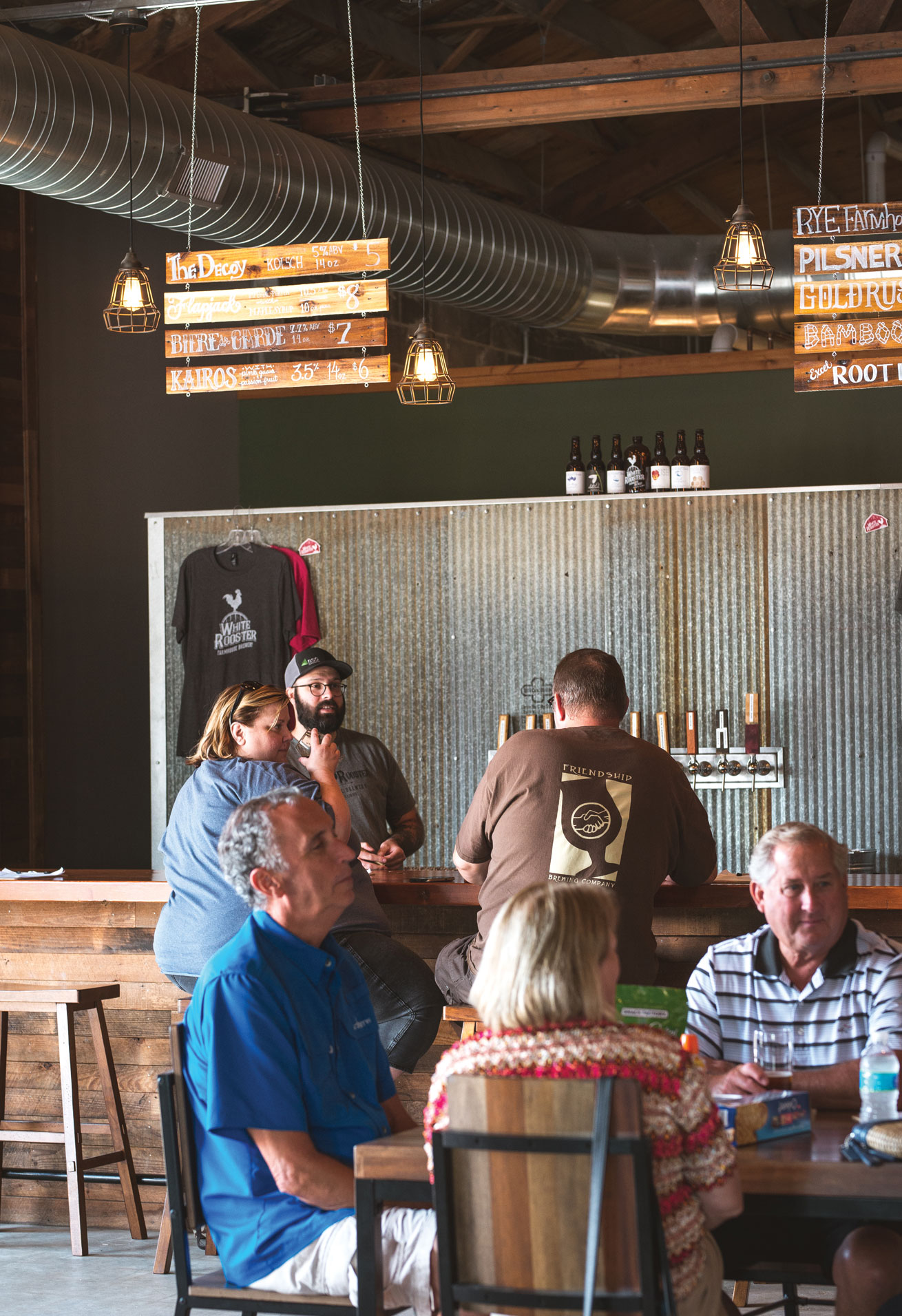 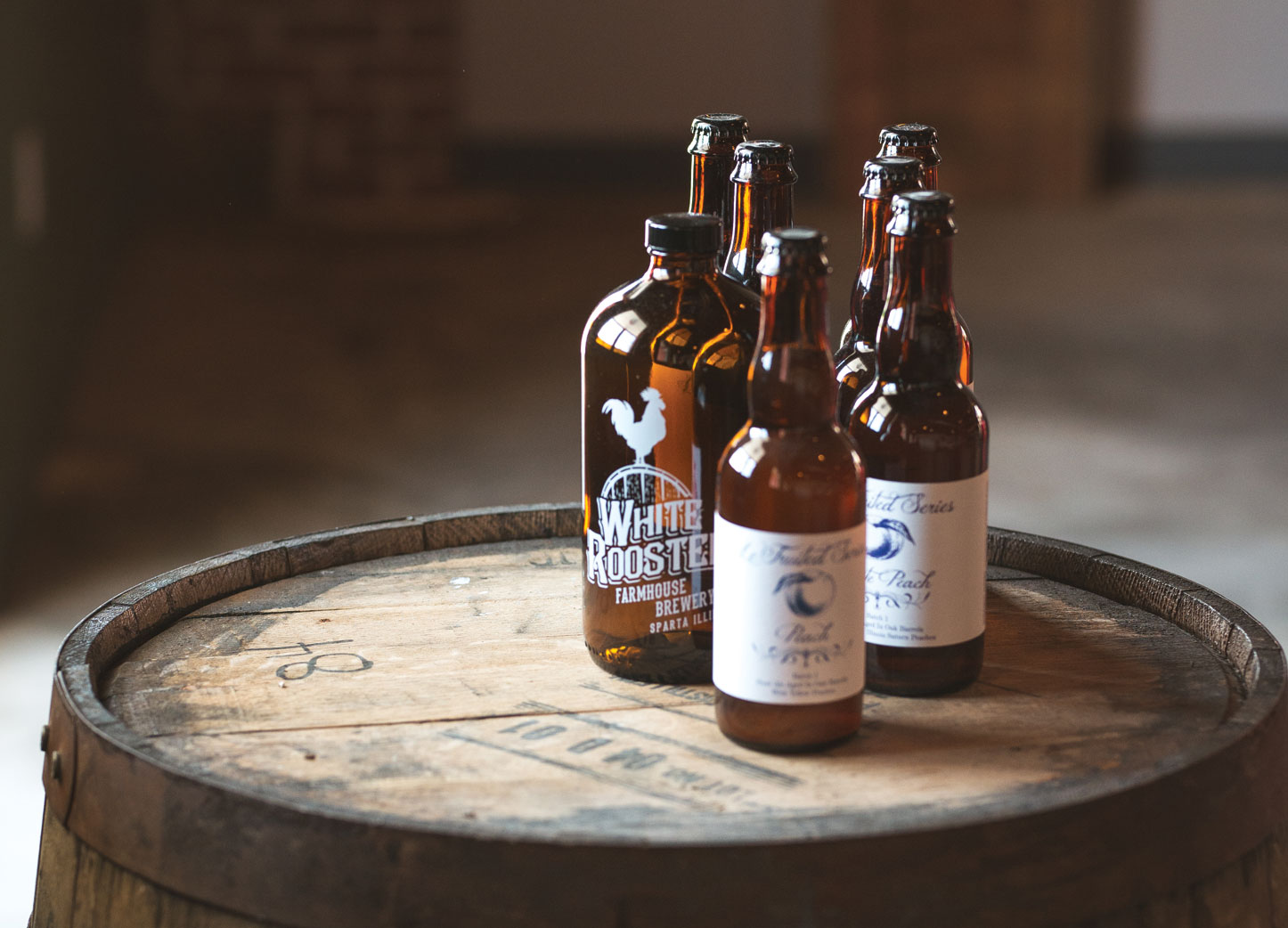 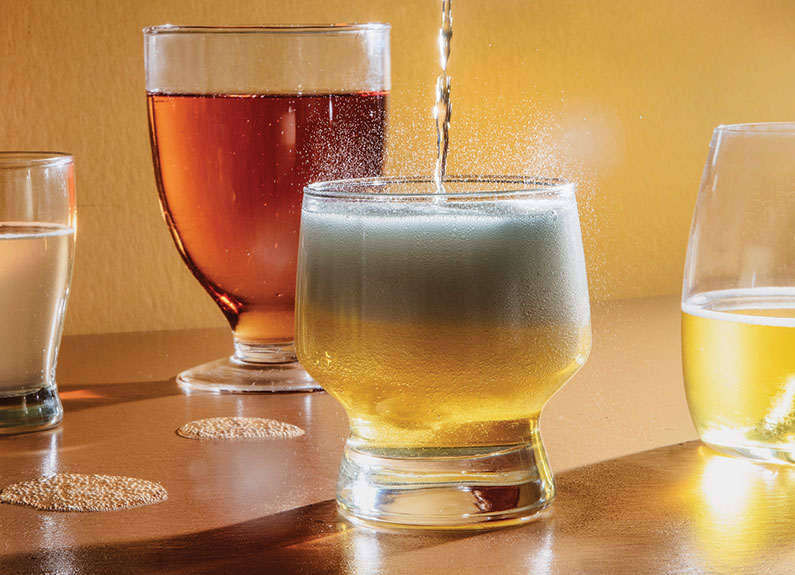