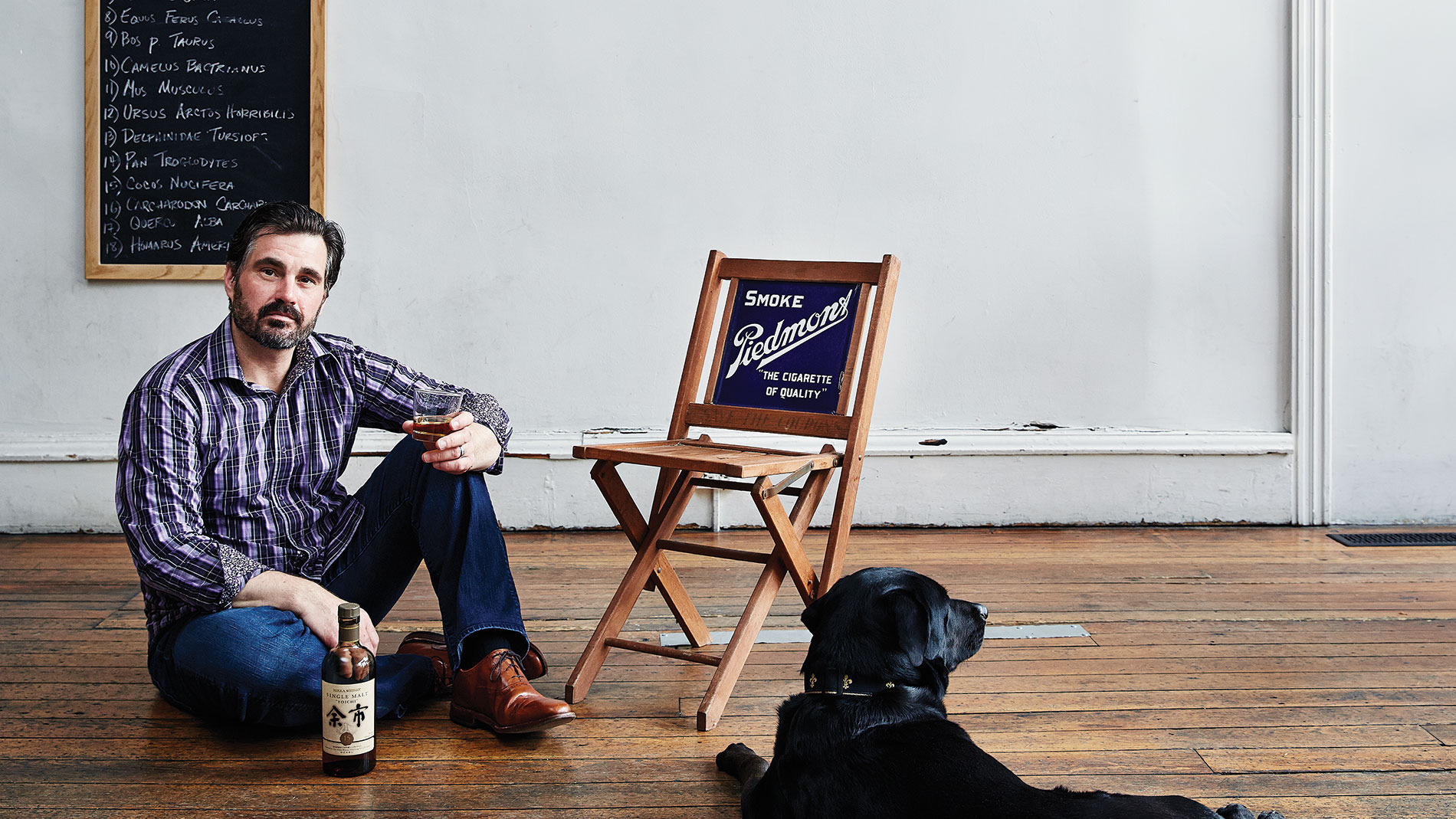 What I Do: James Smallwood, owner, 33 Wine Bar

When Jeff Stettner announced he was selling 33 Wine Bar to James Smallwood in February, it marked the second time the Lafayette Square watering hole was handed down to one of its customers. Now that Smallwood has re-opened the doors to 33, he shares what it’s like to sit on the other side of one of the city’s most beloved bars.

How long have you been coming to 33?
I moved into the neighborhood in 2003, and I’ve been a guest ever since.

Why take over someone’s bar instead of opening your own?
Because it’s a bar that I love. It’s where I wanted to do business, and it has the product selection and approach to hospitality that I value, so it was just a really good fit.

Tell me about your background in wine.
From the mid-’90s I got into craft beer and made a few trips out to Colorado and visited a few microbreweries. I was an early fan of Schlafly and started getting into wine in the late 90s. Chris Hoel from Monarch, who went on to The French Laundry, and Stanley Browne, who owns Robust, were doing the St. Louis Wine Clinic, so I took that in the fall of 2007. When I left corporate finance to go back into the bar business, I pursued my sommelier certification.

Any projects you’re thinking about launching that haven’t been a part of 33 yet?
Um, yea. The staff has had some great ideas. There’s a couple of things that I’d really like to pursue in terms of programs but …

But you’re not going tell me.
Yea, I don’t think we’re ready to talk about them yet.

Cruel. Well, Jeff having bought the bar from Jake Hafner, you buying it from Jeff. It’s not every day you see a bar handed down to its customers.
People have made the observation that having a monosyllable name that starts with a “J” is a prerequisite for ownership. I guess it is an interesting tradition. It’s been a really smooth transition. Jeff’s been really supportive. Jake’s been supportive. So it does feel a little like family.

And that family will soon include a 33 dog?
Kona. (pictured) He loves coming over to the bar. He was a stray rescue pup that we got when he was 8 weeks old, so he’s a great dog.

A big part of 33 is the Dorm Room Dinners. Do you intend to keep them up?
Yes. We just had the last Dorm Room on May 5, and that was a great success. That was the first one-seating Dorm Room we’ve done. We can’t accommodate as many people in a single seating, but it allowed for a little more leisurely dinner and more courses, so I’d be interested in getting feedback from guests on what they thought.

You have an extensive whiskey list. Any interest in a cocktail program?
Rumor has it that we might have a good mixology bar in the neighborhood in the near future, which I’m really excited about, so I don’t think so. The only cocktail that I’ve thought about offering at 33 is a Manhattan, because I love Manhattans. And somehow in my mind, I’ve said, well we do wine, and vermouth is a form of wine. And we do whiskey, so it’s just a matter of having a bottle of bitters there.

It seems like 33 really is the people’s bar.
We’ve got guests who have been coming in here since the day Jake opened the bar, so they’re certainly stakeholders in this. I’ve had a lot of them asking me a lot of questions. They kind of want to know who’s coming into their bar, so I’m excited to get to know them. The great thing about it is, I fell in love with the same bar that they did.