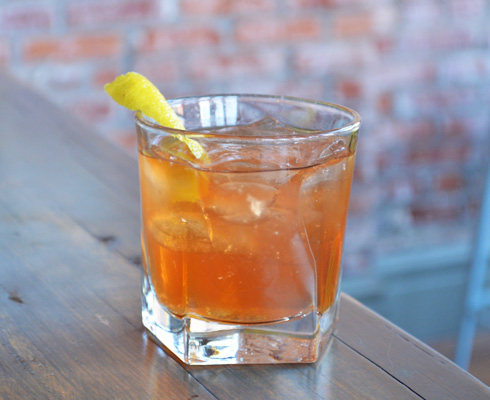 The Purple Martin is opening its doors at 2800 Shenendoah Ave., for a public soft opening tonight, March 19 at 8 p.m., featuring drinks and some samples from the restaurant and bar’s food menu.

Can’t make it tonight? No problem. We’ve got the Sneak Peek on Fox Park’s newest bar and restaurant.

Owner Brooke Roseberry explained that her Mediterranean-inspired bistro is named after the North American swallow, purple martin – a bird that lives in communities and doesn't nest independently. “It’s a perfect metaphor for community building,” said Roseberry, noting the lack of Fox Park businesses she hopes her restaurant will change. “Purple martins are completely dependent on people to survive,” she said. Because of the swallow’s over-domestication, the eastern variety of the bird must rely on man-made birdhouses for shelter.

On The Purple Martin’s menu, developed by Roseberry’s husband Tony Lagouranis, expect to find around four appetizers, three salads, five entrees and some flatbreads. Joel Clark, formerly of Mission Taco Joint and Sanctuaria, has readied the bar menu, which will feature 10 cocktails along with local bottled beer (Roseberry hopes to add taps in the future.) and wines by the glass. Among wine offerings, look for six reds, seven whites, one sparkling and one rosé.

With space for 85 seats inside and 32 on the patio, The Purple Martin will be open Tuesdays through Sundays from 4 p.m. to midnight.  The kitchen will serve dinner from 5 to 10 p.m., and down the road, the restaurant hopes to add a Saturday and Sunday brunch.

Here’s what’s in store at The Purple Martin: