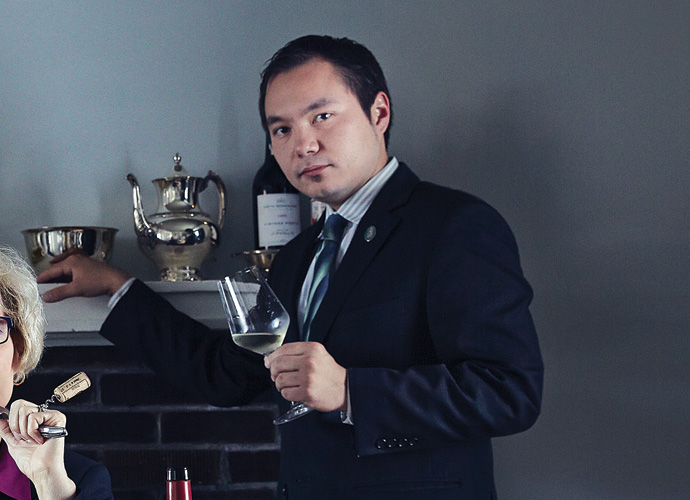 Cheers to local sommelier Andrey Ivanov for winning the Young Sommeliers Midwest Regional Competition. The victory sends Ivanov to the final round of the 2015 Chaine des Rotisseurs’ Young Sommeliers Competition, which will take place May 14 and 15 in Santa Barbara, California. This marks Ivanov’s third year winning the Midwest regional round and third year advancing to the national competition, where the super somm tied for first place overall last year.

For this sommelier showdown, Ivanov spent half a day blindly tasting six wines and evaluating them in front of a panel of judges, performing a service test opening sparkling wine, performing a decanting of a red wine and participating in tableside wine pairing exercises. “It sounds really difficult, and it is, but after doing it a few times, I have an idea of what to expect so it’s really a lot of fun,” said Ivanov.

While Ivanov may claim the victory, another local, Brandon Kerne of Bar Italia Ristorante, also placed at the Midwest Regional competition. And in March, Kerne will vie for the title of TopNewSomm at a competition in Chicago. “St. Louis has made a name for itself on a national level, and our sommelier victories really reflect that,” said Ivanov. “We have a support team here. We study together, we learn together.” He noted that competitors for the Midwest region posted the highest scores among all regions in the Young Sommeliers theory category.

As Ivanov hits the books to prepare for finals, he’s also getting ready for the opening of chef Matt Daughaday’s new Reeds American Table in Maplewood where he will serve as beverage director. “I want to incorporate a solid American wine program while also reflecting St. Louis history with some French, German and Austrian influences,” Ivanov said of the wine list he is developing for Reeds.