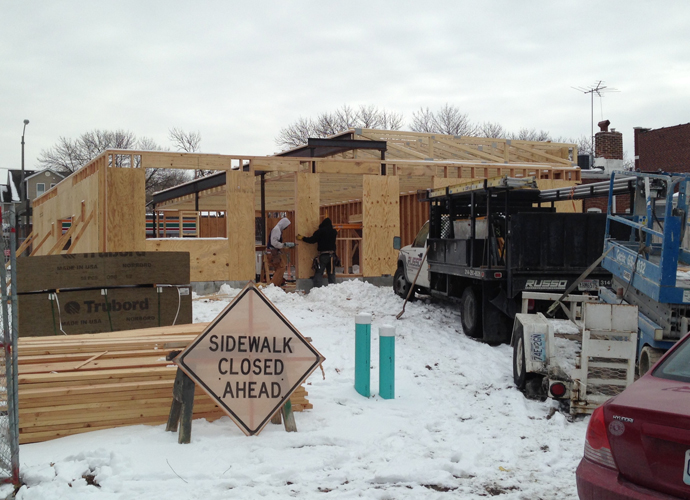 The Scoop: City Park Grill to open in Tower Grove this summer

The former home of Tin Can Tavern in Tower Grove is set to see new life as City Park Grill this summer. The space at 3157 Morgan Ford Road is currently under construction, as reported by Feast Magazine.

First-time restaurant owners Rob Pennington and Blake Urbani purchased the building more than a year ago with the intent to remodel, but they ultimately tore down the entire structure in December 2014 and started from scratch. “(Opening a restaurant) has always been something that every guy kind of flirts with,” Pennington said. “Spending so much time in Tower Grove and knowing the area, when the Tin Can became available, we jumped on it.”

Pennington said construction for 3,000-square-foot City Park Grill is scheduled to wrap up in April, with a tentative opening in June. “We want this to be a place where you can catch a game, have dinner with the family, bring a date or even bar hop with your friends,” Pennington said. “The menu will focus on house-made pub classics, but with our own spin. We won’t have any frozen stuff.”

The exact menu is still being determined, though Pennington said soups, salads and sandwiches will be present, along with a fully-stocked bar featuring 12 to 15 beers on draft and a craft cocktail menu. The space will seat around 90 with outside sidewalk and patio areas seating up to 50. “The local support has been awesome,” Pennington said. “St. Louis is so open to new food places.”