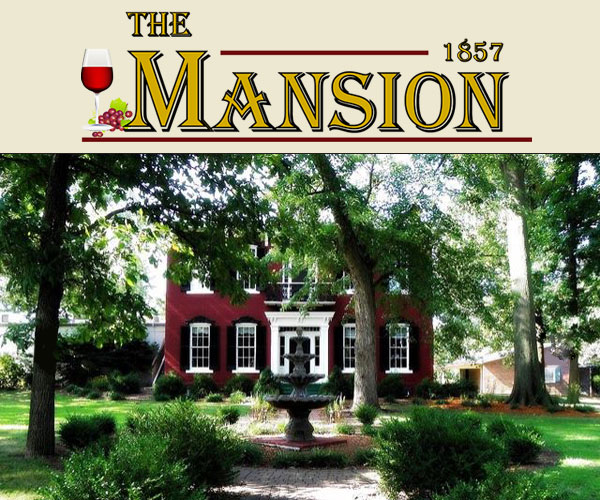 Big changes have swept through Paulo’s at the Mansion in O’Fallon, Illinois, chief among them a new name and new ownership. Co-owners Kathy Cox and Jerry Conway, who also serves as executive chef, are now helming The Mansion, a 100-seat restaurant at 1680 Mansion Way. Conway said the estate, constructed in 1857, is the oldest building in O’Fallon. It served as a steakhouse for eight years before the Cox and Conway took over in January.

Conway spent much of his culinary career as an executive chef at Walt Disney World Resort in Orlando at restaurants in the Animal Kingdom Lodge, The Floridian and Wilderness Lodge, as well as overseeing culinary operations at restaurants at Epcot and The Magic Kingdom. Locally, he also worked as banquet chef at the St. Louis Zoo.

When he returned to the Midwest to be closer to family, he and Cox decided to embark on their own culinary enterprise. “I was looking for something that fit me, and The Mansion fits every aspect of what I want to do as a chef,” Conway said. “I like to go outside the box. I can be creative here.”

Inspired by his Floridian background, Conway has made fresh seafood a main focus for The Mansion’s newly renovated menu. Sea bass with a lobster sauce, traditional crab cakes and an assortment of seafood pastas are among additions to the classic steakhouse cuts like rib-eyes, filet and New York strips. Conway said he is also working to expand The Mansion’s beverage menu with martinis and a wider selection of wine, beer and spirits. Currently open for dinner, Conway said he hopes to add lunch and outdoor seating in the coming months.