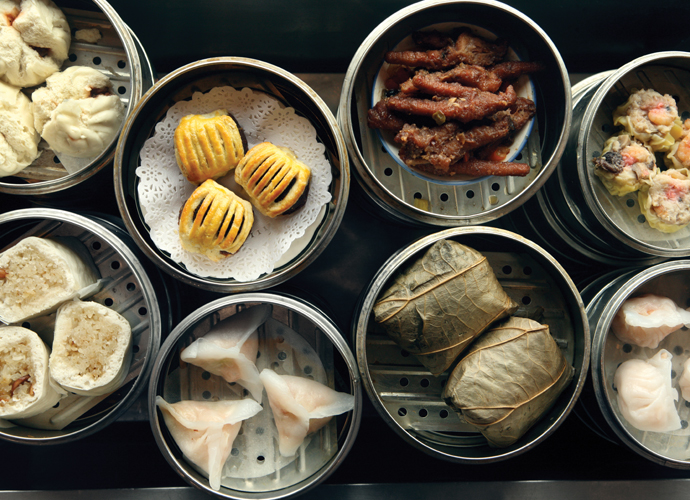 Fans of Lu Lu Seafood & Dim Sum will soon get a new take on their favorite Chinese fare on board a new food truck and at Lu Lu Fresh Express, a new fast-casual restaurant to open in either Clayton or University City on The Loop. Lu Lu Seafood co-owner Julia Li said the truck is slated to roll in early June and the new restaurant will open in mid-summer.

Li launched Lu Lu Fresh Express on April 4 as a satellite location at Dierbergs in Creve Coeur. Customers there can purchase grab-and-go meals featuring fresh, healthy Chinese food, the same type of fare Li will offer at her new brick-and-mortar. “I want to help introduce the Midwest to what authentic, healthy Chinese food looks like,” she said. “Dim sum is actually a very important part of the Chinese culture. Most of it is steamed, oil free and gluten free. Real Chinese food is very healthy.”

Though she is still finalizing a location, Li said the menu at Lu Lu Fresh Express will include a selection of steamed dumplings, steamed dim sum and a counter where customers can build their own healthy Chinese meals with fresh vegetables and proteins on beds of brown rice, tossed greens or folded into a wrap.

Li also plans to take the dim sum game on the road. The Lu Lu’s food truck will include a selection of dim sum, duck steam buns (which Li called duck tacos), moo shu wraps and dumplings. She also hopes to serve fresh lychee martinis and Tsingtao beer, a Chinese brew. The truck will roll in both St. Louis city and county. “We have a full roster of events scheduled for our dim sum truck,” Li said. “We’re hoping to make an appearance at the Taste of U. City in May, along with many cultural festival appearances.”

And what of the venerable Lu Lu’s Seafood, which her parents have operated for 17 years? Li said the restaurant will continue its traditional dim sum service. “A lot of people come to our original locations for authentic dim sum,” she said. “(Lu Lu’s Fresh Express) has only brought us more business.”

Catherine Klene contributed to this report.