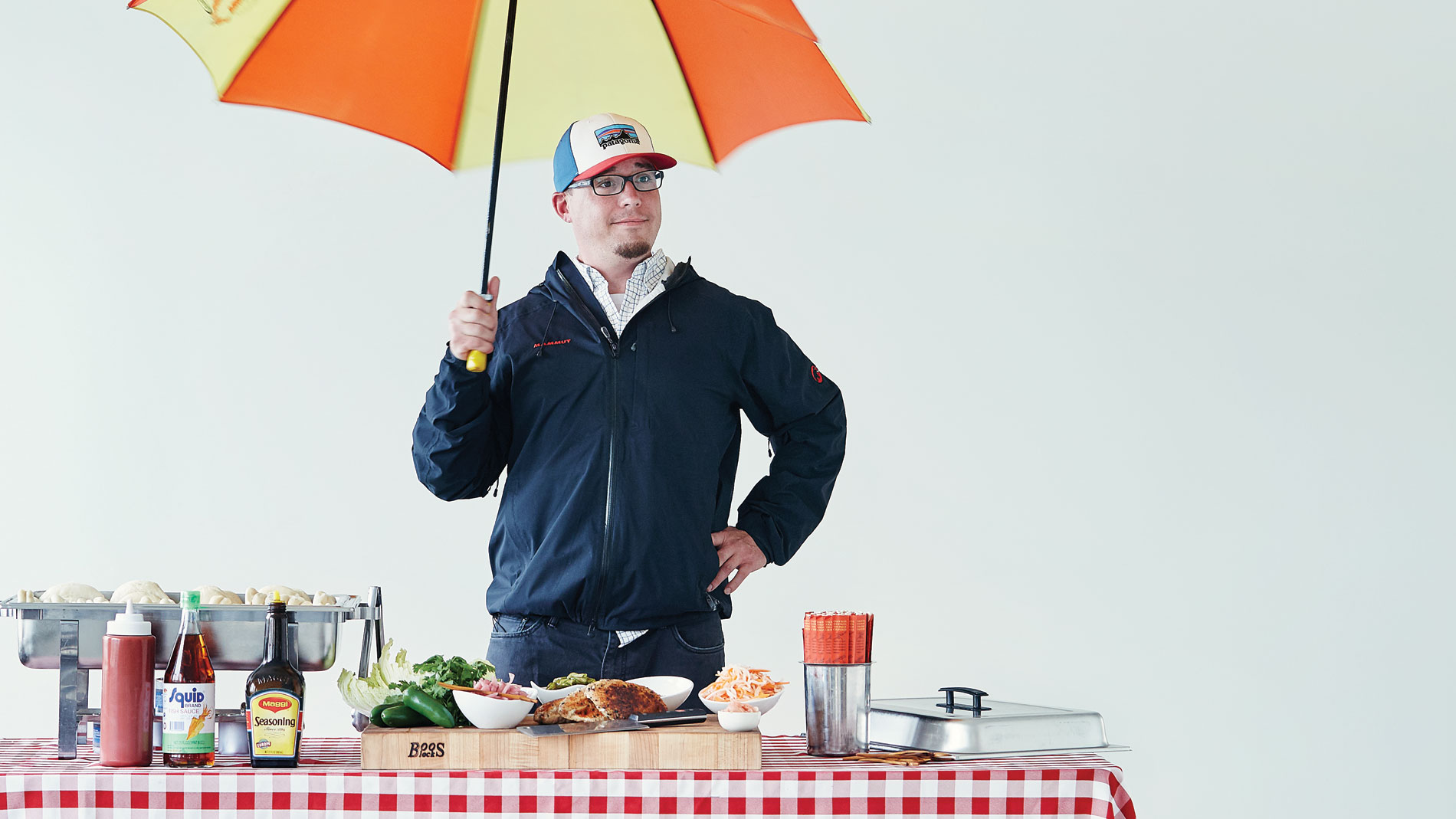 Last year, 34-year-old Michael Miller left his post as executive chef at Dressel’s Public House to give full-time attention to Kitchen Kulture, the budding mobile food business he co-founded with Christine Meyer. Prepping food all week to sell on Thursdays for pop-up lunches at Sump Coffee and on Saturdays at the Tower Grove Farmers Market is different from working the line at a restaurant, but as Miller explained, orchestrating a moveable feast is never boring.

What inspired your culinary career?
I visited San Francisco. It blew my head off. I was exposed to so many flavors I hadn’t seen before. I ate a lot. Two weeks later, I sold all my possessions, quit my job and moved there. I knew that if this was something I was going to take seriously, this was a great place to cut my teeth.

Kitchen Kulture gained popularity as a pop-up restaurant and prepared foods business, but that’s not how it began.
It started as a T-shirt concept. Being a cook (at Monarch) having a busy night and getting through it, we’d go out and have beers afterward. A lot of my co-workers would wear their chef coats as a way to show individuality or a symbol of pride. I was like, “I think there’s a better way to say ‘I’m in the industry’ without having to wear a smelly coat.” Wouldn’t it be cool if it was quality T-shirts that spoke to food and cooks? We approached Patrick Horine (co-founder of the Tower Grove Farmers Market). He was like, “You have to have a little more to get in the farmers market.” He pitched us (the idea of) prepared foods. I was like, “Sure, let’s do that.” My main goal was to get the shirts out. People really took to the food – not so much the shirts, but the food.

Why does your concept resonate with diners?
There’s an allure to the collaborations we do, especially the Thursday lunches at Sump, because they’re two quality products that aren’t normally together. People would normally spend their entire lunch break to get an exceptional cup of coffee. Now, they get two quality, artisanal products.

How would you classify Kitchen Kulture cuisine?
We don’t have one style in particular. I like the flexibility of being able to have the food ingredient-driven and seasonally driven. It’s exciting to do Mexican street fare, then do a more refined French dish, then something Southern.

Your menus change weekly. Is that a challenge?
It depends what time of year it is. We try to source from farmers, so in winter it can be a challenge. We have a lot of things we come back to, though, like steamed buns. You can put whatever you like in the middle.

What are you preparing this spring?
We do a lot of kimchi; one of the most popular is our nettle and garlic mustard mix. And we’ll make a nice ragout with morels when we get those.

What is the most important skill you’ve learned?
Being able to manage money. That’s not the exciting answer, but it’s very important to be conscious of where your money is going and when it’s coming back in.

What satisfaction does Kitchen Kulture give that you couldn’t get working at a restaurant?
It’s never going to be boring. You’re forced to think on the fly, to problem-solve. I’m looking at the weather for Thursday, and it’s going to rain. We’re going to have to figure out how we’re doing lunch in the rain.