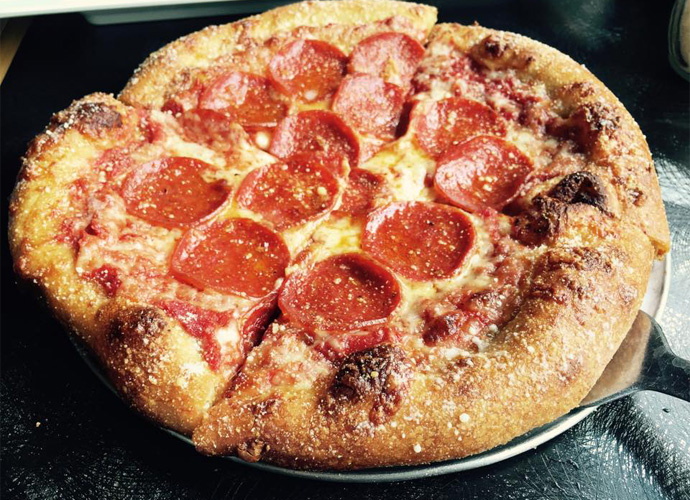 Positive pizza vibes will be moving and grooving into Sunset Hills come March 2016, with Mellow Mushroom set to open its first Missouri location at 3811 S. Lindbergh Blvd., in the space formerly occupied by Growlers Pub, as reported by the St. Louis Business Journal. The Sunset Hills location is still in the early stages of development with only demolition permits submitted thus far, according to Trish Moore, Sunset Hills assistant zoning officer.

The Atlanta-based pizza chain currently has more than 100 locations. Standard menus consist of both specialty and customizable pizzas, calzones and salads along with an assortment of hoagies and appetizer-like “munchies.”

This will be the first Mellow Mushroom location in Missouri, owned by four St. Louis-area residents. “Mellow Mushroom has been slowly coming up to the north,” said spokesperson Mindi Sachs. “For the past 40 years, most locations have been in the South, but hand-tossed, stone-baked Southern pizza is becoming more recognized on a national level.”

Sachs said the franchises often form partnerships with local purveyors. “Every Mellow location focuses on using local ingredients,” she said. “From the pizza ingredients to the beer selection, people can expect to see plenty of locally sourced options on the Missouri menu.”

Editor's Note: This article was updated Aug. 19 at 6 p.m. to remove the name of the owner, per his request.

For many restaurant owners, the coronavirus pandemic is an unrivaled obstacle in ...

Though the Clementine’s Naughty & Nice Creamery empire has been steadily growing ...