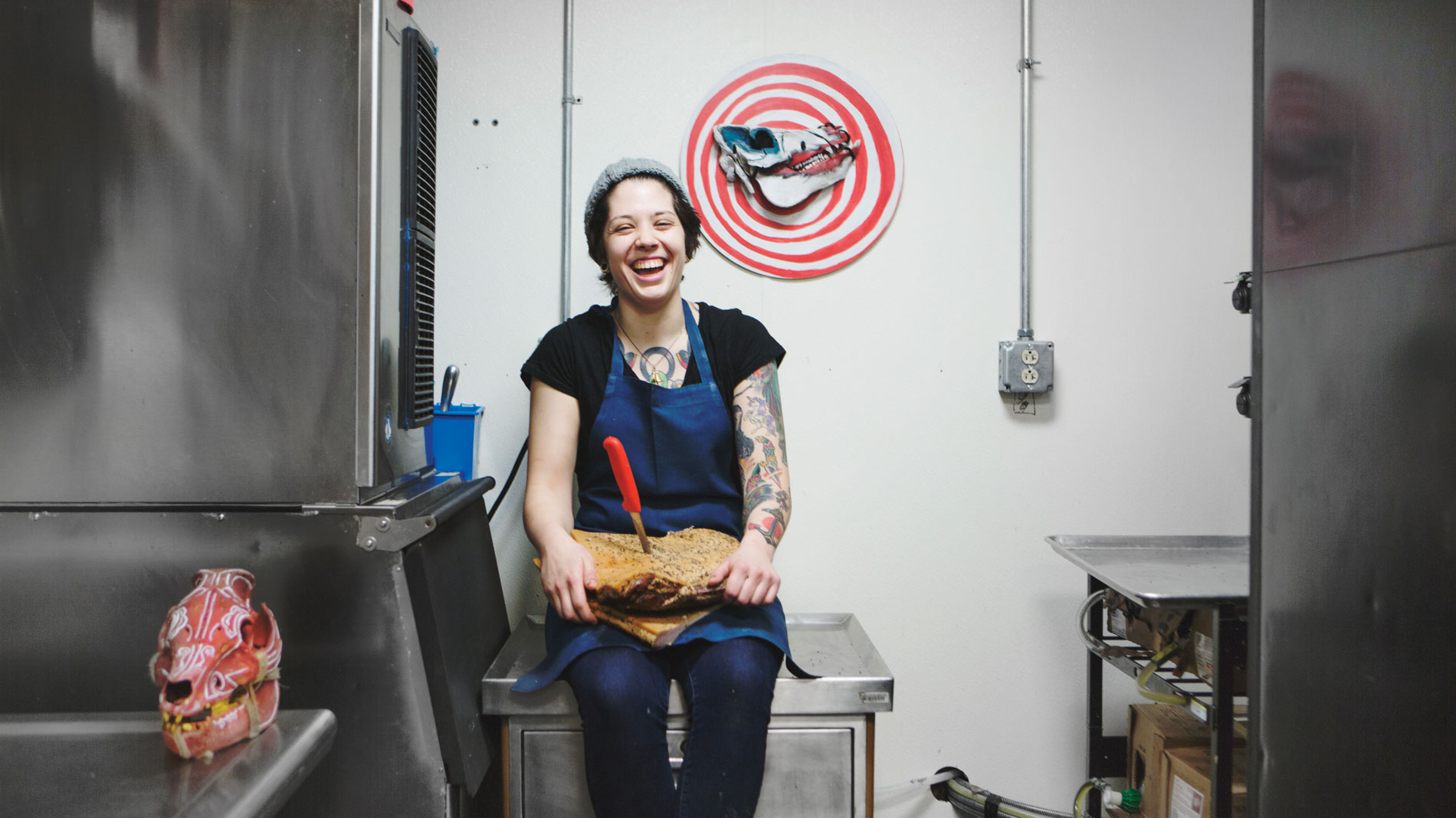 Scroll through Ari Ellis’ Instagram feed, and along with selfies and snaps of her French bulldog, you’ll see countless shots of long nights in the kitchen, in-process charcuterie and even a few brightly painted pig skulls. There are timelapse videos of her breaking down pounds of produce and sorting through hundreds of chicken pieces, all with the bulldoggish tenacity that’s made her second in command at Southern.

“She’s a beast,” said Southern chef-owner Rick Lewis. “There’s a lot of things you can teach people as far as cooking, but (you can’t teach) coming in every day and having a good work ethic and good attitude and trying to bring people up around you.”

Just three years ago, an inexperienced Ellis stepped up to the fry station at Quincy Street Bistro, then a failing South City bar and grill. When Lewis took the helm, Ellis got a crash course in whole-animal cooking and house charcuterie. After becoming sous chef, she was immersed in kitchen management 101 with Lewis and chef Chris Tirone. “Everyone is different, so your approach to everyone has to be different,” Ellis said.

Those management skills were put to the test when Ellis made the jump to Southern. She serves as executive sous chef and Lewis’ right hand, prepping 95 percent of the food that hits the line and managing a crew of fast-moving cooks. “It was instantaneous respect, and you could see them thinking after a couple of weeks, ‘OK, this is why she’s here,’” Lewis said. That respect has manifested into a loyal team; there has been almost no turnover on the line since Southern opened to wide acclaim and massive crowds last year.

Ellis’ culinary education also draws from national players. She staged at Toro in New York City and roadtripped to Cochon in New Orleans to work with butcher Leighann Smith – now a friend and butchery-loving kindred spirit. Ellis spent much of her time at Quincy Street Bistro tasked with breaking down half hogs. “I was like ‘That’s great because I’m obsessed with this,’” Ellis said. “My big thing is breaking down animals. If I could do that most days of the week, I’d be happy.”

She’d be equally happy with an early morning plate of biscuits and gravy, her go-to meal at home and something she’d consider putting on her own diner-style menu one day. “I would like a place as small as Southern, something real small,” Ellis said. “I love breakfast, and I love waking up super early.”

Tearing into a fluffy biscuit smothered with house-made sausage gravy while Ellis breaks down a hog for future bacon? Add a cup of coffee (and maybe a painted pig skull on the wall) and she might just make us morning people, too.