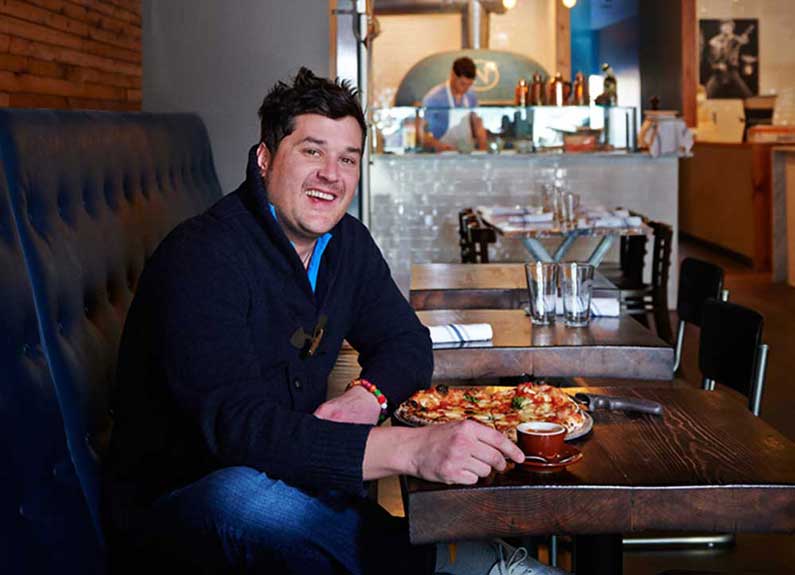 The James Beard Foundation announced its 2016 restaurant and chef award semifinalists today, Feb. 17. Once again, St. Louis is well represented among this year’s picks for the esteemed culinary awards.

Among the national categories, chef-owner Mike Randolph’s Público was named a semifinalist for Best New Restaurant. This category recognizes a restaurant that “already displays excellence in food, beverage, and service, and that is likely to make a significant impact in years to come.”

“It means the world,” Randolph said. “I’ve had the concept in my head for years. From the day we opened we knew exactly what we were and haven’t deviated from it. Our vision has been well received and people are excited about it. To be judged by people you really care about is pretty cool.”

Along with three other St. Louis-area chefs, Randolph was also named a semifinalist in the Best Chef: Midwest category. This is the first time Randolph was recognized by the James Beard Foundation.

“It’s humbling for sure, but I’m on the shoulders of the people I’ve had a chance to work with,” Randolph said. “It’s a testament to the crew.”

Nashan said he feels honored that he and his team have been acknowledged once again. “I’m always grateful to be on the bus. We work hard. Not necessarily for this, but it feels great and it’s great for the team and great for this town. Hooray for St. Louis."

“It’s a very big honor,” Poremba said. “It’s reaffirmation that my team and I are doing something right and on the right path.”

Poremba went on to comment on other area nominees. “It’s nice to see new inclusions to the list. There are people who are a big force in this town and contribute a lot to the scene, new semi-finalists and veterans. I’m stoked for Stone Soup Cottage and for Público. (Best New Restaurant) is a hard one to get.”

Willmann likewise said the JBFA nod was an honor and validation for his Farmhaus team.  “It’s always special to have our little mom-and pop restaurant recognized,” Willmann said. "We talk about being perfect and even though we can’t be perfect, we don’t take anything for granted. If something’s not right, we don’t sell it. It’s about doing our best every day."

Across the river, chef and co-owner Ed Heath was named a semifinalist for Best Chef: Great Lakes for the second time in two years. “It’s super unreal,” he said. “I was 100-percent certain that it wasn’t gonna happen again. This morning, I didn’t even look.”

Also in the national categories, The Side Project Cellar in Maplewood was named a semifinalist in the Outstanding Bar Program category, which honors restaurants or bars that demonstrate excellence in cocktail, spirits and/or beer service. Side Project co-owner Karen King learned of the nomination when Sauce called for comment.

“Every year those come out and it’s always the best chefs in the freaking in world,” King said. “So we’re excited, I know that!”

Co-owner Cory King said he was thrilled to hear that Karen King’s hard work at The Cellar has been recognized. “It’s really mostly her,” he said. “She’s the one who operates this thing day-to-day.”

St. Louis-area service was also recognized at Cottleville’s Stone Soup Cottage, named a semifinalist for Outstanding Service as a restaurant open “five or more years that demonstrates high standards of hospitality and service.”

Co-owner Nancy McConnell said she and co-owner and chef Carl McConnell were shocked at the news. “We are on Cloud 9,” she said, stressing the importance of having their entire team recognized for their service efforts. “We are so humbled and just numb.”

This is the first James Beard Foundation Award nods for The Side Project Cellar and Stone Soup Cottage.

Finalists will be announced March 15; the James Beard Foundation Awards take place May 2 in Chicago.  A full list of semifinalists is available here.

Catherine Klene and Kristin Schultz contributed to this report.