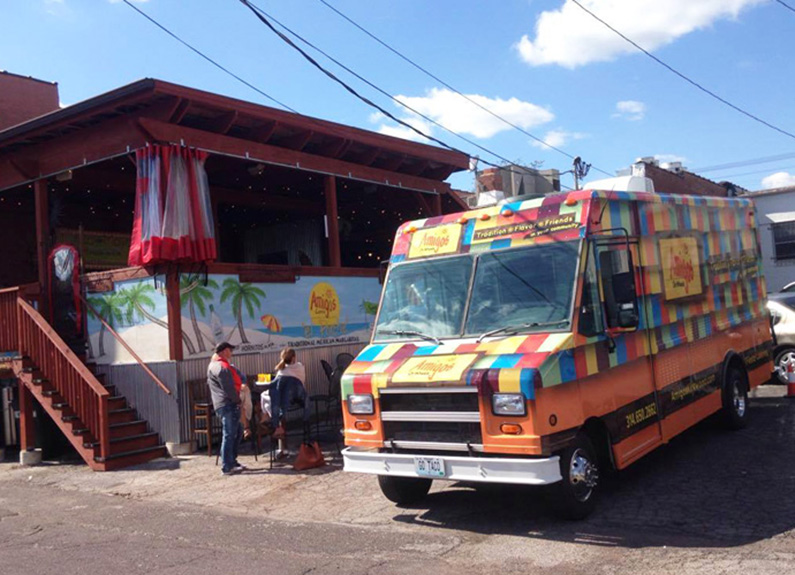 Amigos Cantina hits the road with Amigos on Wheels

Amigos Cantina in Kirkwood launched its food truck on Thursday, May 5. Called Amigos on Wheels, the mobile eatery has started serving at community and special events and will eventually expand to regular lunch service around the metro area.

“We were doing some catering and wanted to start to look for a second location,” said manager Luke Scarborough. “Someone in the meeting suggested to do a food truck instead.”

Amigos on Wheels will serve nachos and steak, pork, chipotle chicken, portobello mushroom and fish tacos. The truck will also whip up limeade, mango and strawberry smoothies, as well as specialty flavors. Find where the colorful truck will park on Twitter at @amigosonwheels.