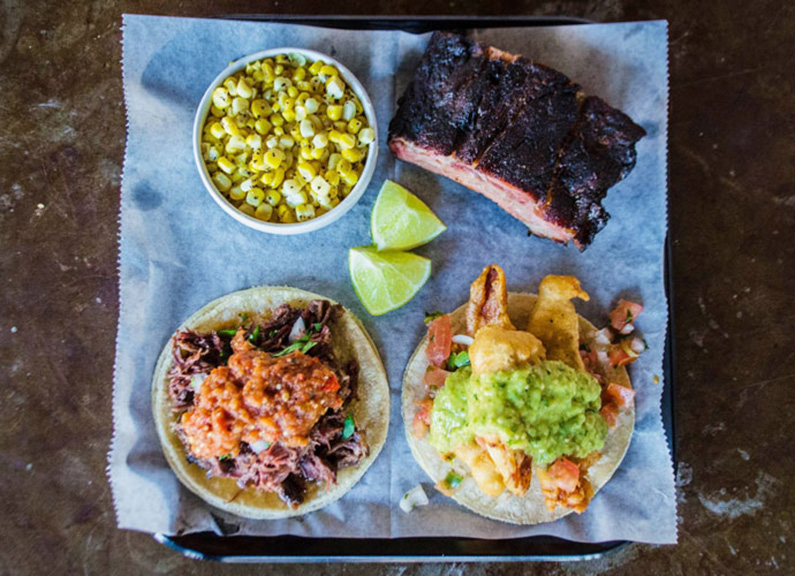 food from spare no rib photo by michelle volansky

Spare No Rib to move to larger space, expand Egg

Get ready to brunch (and barbecue) hard, St. Louis. Spare No Rib is set to move to a new location in South City in mid-August, while its brunch concept Egg takes over the original Spare No Rib space at 2200 Gravois Ave., in Benton Park.

Since owner Lassaad Jeliti hatched the idea for a Sunday brunch pop-up at Spare No Rib in fall 2014, he said intended to expand the two concepts. “We could have done breakfast under Spare No Rib, but I gave (Egg) a different name to have an opportunity to split them apart,” Jeliti said.

The new location for Spare No Rib had to be near its current customer base in Benton Park, Tower Grove, Lafayette Square and Soulard. Jeliti found his opportunity in a freestanding building at 3701 S. Jefferson Ave., previously occupied by Lucky Buddha.

The Jefferson Avenue location will raise Spare No Rib’s capacity to about 60 seats and add outdoor seating from two patio spaces. The menu won’t change initially, but Jeliti is open to extending the hours and adjusting the menu at some point. “I’m going to let the space tell me what to do with it,” he said.

Egg and Spare No Rib are expected to open as separate restaurants next month. Spare No Rib will maintain its regular hours from 11 a.m. to 9 p.m. Monday through Saturday at the new location.

Egg will serve its usual brunch menu on weekends from 9 a.m. to 2 p.m., and will shift to quick breakfasts and lunch items Tuesday through Friday from 7 a.m. to 2 p.m.