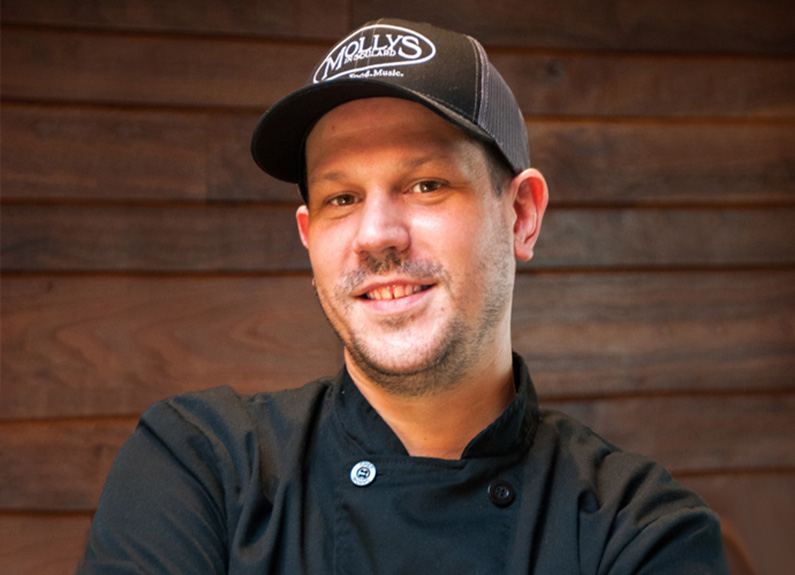 Molly's in Soulard is growing with a new dining room and a new executive chef, Brandon Busby, who took the helm early last week.

Most recently sous chef at Copper Pig, Busby also has prior experience at The Shaved Duck, Evangeline’s, Planter’s House and Revel Kitchen. He has also built a reputation on coordinating Taco Tuesdays at Ryder’s Tavern, which he will continue while putting his stamp on Molly’s menu.

“I’m definitely working on new menu items now and making changes, like tweaking the gumbo and jambalaya recipes,” said Busby. “I’m going to bring over my five most famous tacos, and I want to step up the game on the bar food and make stuff from scratch.”

New menu items will include duck confit tacos and fried cheese curds and hand-dipped corn dogs, both featuring batter made with 4 Hands brews. Busby said guests can expect menu changes to start kicking in by next month.

Molly’s patrons can dig into these new offerings in a new 1,100-square-foot dining room. It seats 60 guests, and that capacity doubles when they step outside to a connecting 500-square-foot outdoor bar and patio area. The space opened to the public last Friday, Aug. 5

“That space originally had a structure that was considered a historic site and involved lots of negotiating with the city before we could knock it down to expand,” said owner Luke Reynolds. The space will allow Molly’s to host more private events.