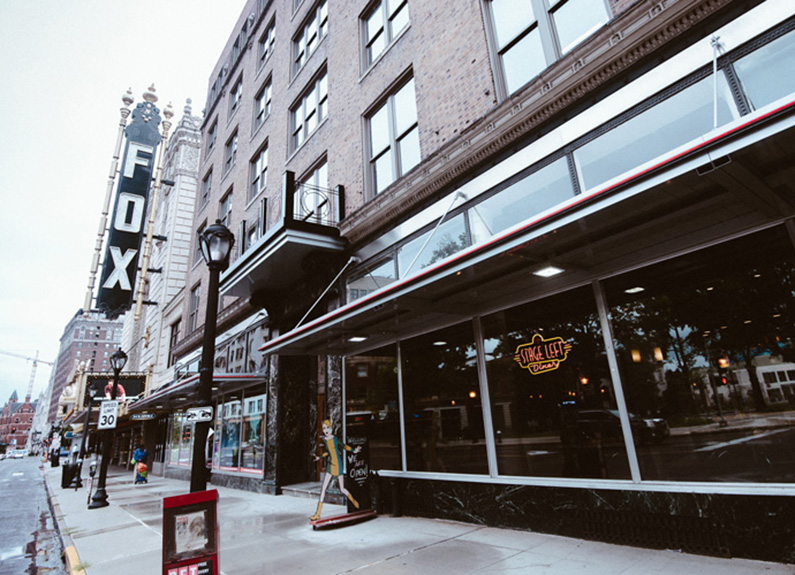 Stage Left Diner to take the spotlight in Midtown

The former City Diner space at 541 N. Grand Blvd. has a fresh new name and look. Stage Left Diner (named for its next-door location to The Fabulous Fox Theatre) will host its grand opening Sept. 24, according to Brad Beracha, who serves as restaurant consultant on this project.

Beracha said Stage Left Diner owner Steve Smith has made several changes to the space in recent months, updating the interior design and improving the overall customer service experience. “The culture has changed drastically,” Beracha said. “It’s an intangible, but the energy and feel of the restaurant is much improved.”

Recognizing that many of their customers will attend performances after dining, Beracha said the menu is also built for speed. “If we shave three or four minutes off a customer experience when they’re trying to get to a show, that’s valuable time,” he said.

It’s not only the theater crowd that Stage Left Diner is after, though. Beracha said he hopes new large developments like City Foundry and upcoming Hotel Agnad (slated to open in 2018 and 2017, respectively) will spur increased interest in Grand Center and Midtown. “We’d love for Midtown to be on the map (like) the Central West End and Clayton,” he said.