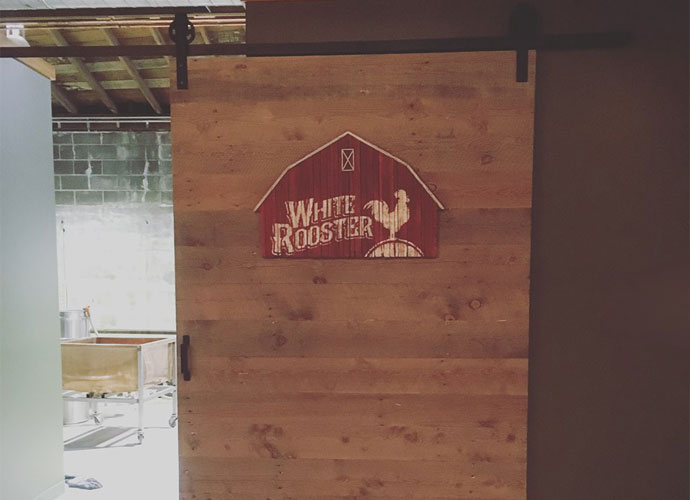 White Rooster Farmhouse Brewery is set to start brewing in Sparta, Illinois, in the near future. Co-owner Mike Deutschmann said the brewery should be up and running at 113 W. Jackson St., this spring.

White Rooster will specialize in wood-aged beers in a variety of styles, including saisons, sours, stouts and barleywines. The name of the brewery is an homage to a certain white fowl that hung around while Deutschmann and his partners, Eric Ogilvie and Chris Van Horn, were doing some homebrewing at Ogilvie’s barn. He said it also references the rooster on the flag of Wallonia, a region of Belgium well known for its beers.

Deutschmann estimated he, Ogilvie and Van Horn have completed 75 percent of the construction at the brewery, which formerly housed a Kroger’s. The 7,500-square-foot building includes enough space for a two-barrel system, a cellar for barrel aging and a tasting room, which will have approximately 75 seats and feature some snack-type options, but not a full kitchen.

Deutschmann said initially the White Rooster Farmhouse will focus on bottling, with maybe a few kegs here and there, and all the offerings will be available through the brewery. He added that eventually the brewery might self-distribute on a limited basis in Illinois.