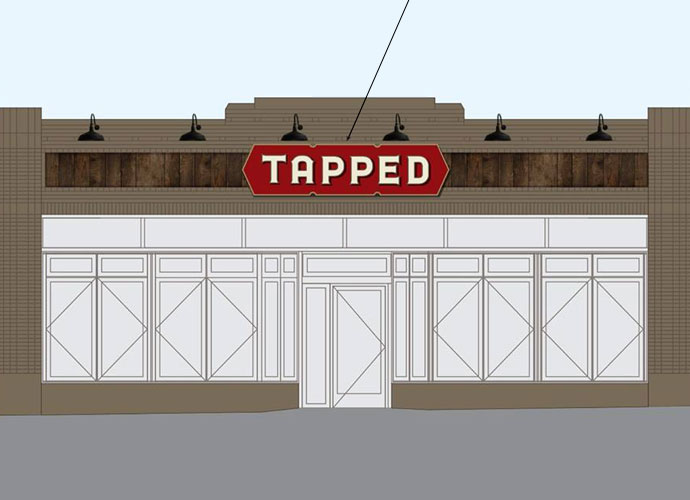 Pour-your-own bar and restaurant Tapped to open in Maplewood

Tapped, a restaurant and bar that will allow customers to pour their own beer and wine, will open in April at 7278 Manchester Road. Co-owners Ryan and Lindsay Reel will open in the former A Pizza Story space, as reported by Feast Magazine.

While the kitchen will remain basically the same, Ryan Reel said changes to the space include new windows, a new front door and a walk-in cooler. A large part of the build-out process involves installing the lines and electronics for the iPourIt tap system, the first in Missouri.

To utilize the system, customers will check in, start a tab and receive a radio frequency identification (RFID) wristband. Each tap will have an iPad mounted above it with information about the beverage. Customers then activate their chosen tap with the wristband, and the system tracks how many ounces customers pour. There will be 48 taps – 40 for beer, cider and Bitts coffee from Living Room in Maplewood, and another eight taps for wine.

Reel said the Tapped beer program will be centered on local breweries. “Our focus is putting the craft beers next to each other so you can come to one location and be able to try a bunch of different things,” he said, adding that beers from other craft breweries around the country may eventually be added.

Customers will order food via a point-of-sale system at the counter, where they will pick up the finished product. Reel said Tapped staff will be available to answer questions and bus tables.

A Pizza Story’s wood-fire pizza oven will fire once more with a menu of pizzas and “elevated bar fare,” an assortment of larger plates and a build-your-own charcuterie and cheese board. Dessert options will include items from nearby Maplewood businesses Pie Oh My!, Kakao Chocolate and Encore Baking Co.

“The whole concept is really around the beer and the wine, and the pairing of food,” Reel said. “It’ll really be a social house type of atmosphere.”