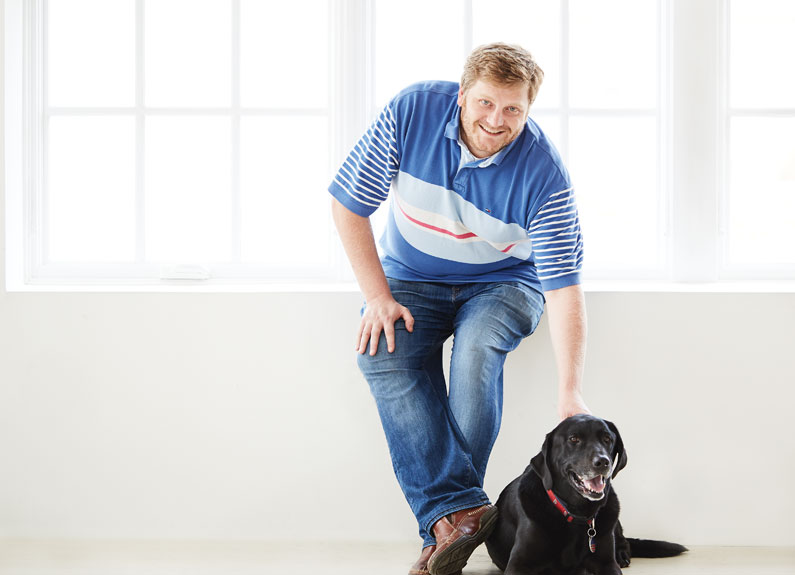 Former Sardella executive chef Nick Blue has left fine dining behind and is headed in a more casual direction. Last week, he began a new chapter at Sugarfire Smoke House.

“After Sardella, I got reached out to by so many great chefs and restaurant owners and it was really a great feeling,” Blue said.

As The Scoop reported in April, Blue left Sardella and Pastaria executive chef Ashely Shelton added the eatery to her list of duties at Niche Food Group. During his hiatus, Blue met Sugarfire owner Mike Johnson, and something clicked. Both had backgrounds in fine dining and worked for chef Charlie Trotter in Chicago during their careers.

"Mike’s a great guy,” Blue said. “He’s got a lot of things happening, and he has a lot of fun with what he does.

So, Blue decided to give the fast-casual barbecue world a try.

Blue said he’s not stepping into a specific position at Sugarfire, but is working in a variety of roles and learning the ropes at Sugarfire’s Olivette location. Once barbecue competition season starts in earnest, Blue said he’d likely be helping out at other Sugarfires.

“I’m doing everything,” he said. “I’m trying to learn everything I can at the restaurant to be an asset.” That includes learning the pit, helping out with specials working the line and working the floor.

“I’m kind of along for the ride,” he said. “I’m willing to do whatever they need. I want to prove myself to them as much as I can and see where it goes from there.”