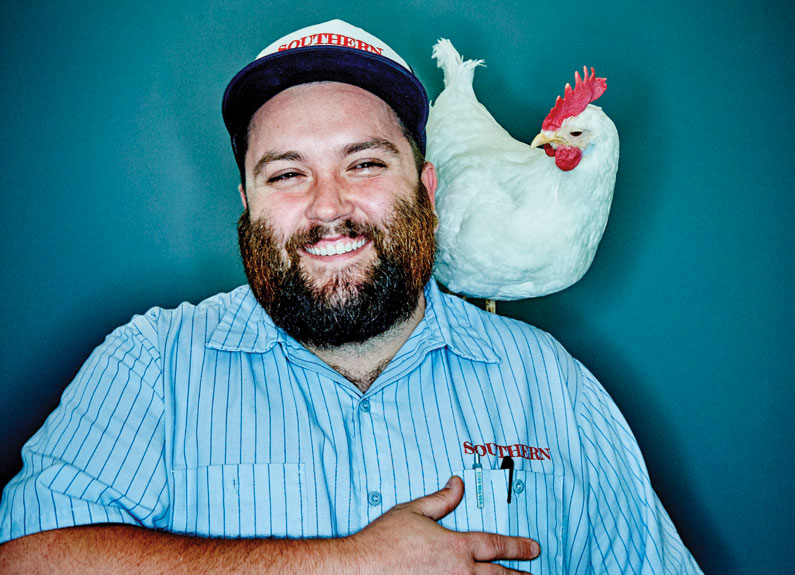 Rick Lewis to open new restaurant in The Grove

A local favorite will soon put down roots in a classic St. Louis neighborhood.

Rick Lewis is stepping down from his role as executive chef at Southern to open up his own place with his wife, Elisa Lewis. The new venture will be located at 4270 Manchester Ave., the former home of Sweetie Pie’s in The Grove.

Lewis and Mike Emerson of Pappy’s Smokehouse opened Southern in June 2015 after he left his executive chef post at Quincy Street Bistro.

Lewis, who will no longer have an ownership stake in Southern, said he’ll stay on for as long as necessary to make the transition. He said they are still deciding who will take over the kitchen.

“This is our first endeavor as husband and wife,” Lewis said. “It’s exciting. Elisa and I have grown a lot over the last two years, and there have been lots of opportunities that have come our way. When we came across this building, it just felt right to us.”

Lewis is excited to open in a neighborhood like The Grove.

“One of the cool things we saw at Southern was how all walks of life would come together, and it was really a community-building thing. Everyone would be sharing plates together and sitting next to each other,” he said. “We want to convey that sense of fellowship and community at this place. We want it to be comfortable and inviting and give people a sense of coming into our home for a meal.”

Lewis said the idea is to stay true to the history of the building – and of course, there will be fried chicken. “It’s going to be our take on Southern meat and three,” he said.

Lewis said he expects the space will seat approximately 100, and very little work will be necessary before the doors open. “We’re hoping to open in late summer or early fall,” Lewis said.

And what will he call his new establishment? “The name is top secret as of now,” he said.