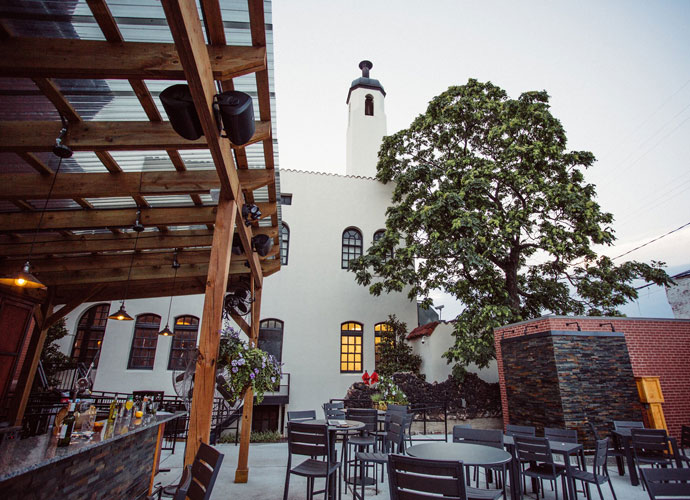 “We’re aiming for somewhere between fun and elegant,” said Artisan Well co-founder Noah Prince-Goldberg. “It’ll all be patio-themed. We want the drinks to coordinate with all of that. We’re trying to build as much of an experience as possible.”

He said the drinks list will include a lot of fresh fruit and wine-based cocktails, as well as communal-style drinks, like punches and sangrias.

Food-wise, Prince-Goldberg said initially there would be a limited menu of small plates available, though the menu is expected to expand in the near future.

The outdoor space, which boasts a fountain and plenty of greenery along with approximately 60 seats and additional standing room, will also host live music several days a week. Prince-Goldberg said during inclement weather, the party will move inside the Barnett space if there are no previous events booked.

In addition to those guests looking to hang out for extended patio imbibing sessions, Prince-Goldberg said he hoped The Bronson House would also attract Grand Center crowds before and after shows, as well as patrons leaving events at Barnett.