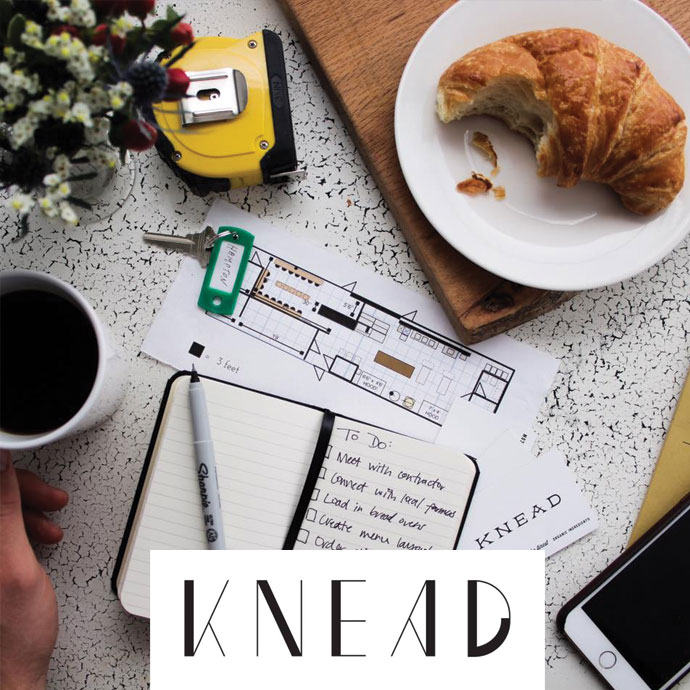 There’s a bun in South City’s oven, and it’s due this October. Knead Bakehouse & Provisions will open at 3467 Hampton Ave., the former home of Salume Beddu.

Owners AJ and Kirsten Brown said Knead will offer fresh bread and baked goods to the area. “Our goal is bringing that old world style of bread with a modern American flair,” AJ Brown said.

The Browns started small, selling their bread at farmers markets in St. Charles County. After launching a Kickstarter campaign three years ago and “a lot of different headaches,” they found a space to scale up their production and seat 25 in a breakfast and lunch cafe.

Brown learned his craft after college when he traveled to France for culinary school. His breads use the same sourdough starter, carefully tended for five years.

“I’ve always had a passion for food,” he said. “My family is full of men, and we weren’t into sports but during the holidays, we would be in the kitchen and be engaged in that way.”

Brown said he and his wife embrace “traditional bread roots," sourcing the ingredients from Eat Here St. Louis, Missouri Grain Project and Heartland Mill. Knead's loaves will include a rich brioche-like loaf and a staple sourdough, Brown’s favorite. “It cuts back to the bare minimum, but it has so much character,” he said.

Guests can expect breakfast and lunch menus featuring doughnuts and sandwiches, respectively, alongside coffee and tea. Loaves and flour mixes for home baking will also be available for purchase.

“Bread is the centerpiece of what we do,” Brown said. “Everything we make is centered around how well it pairs with the bread.”

Caitlin Lally is an editorial intern at Sauce Magazine.