From reluctant teen to Restaurateur of the Year, Bill Gianino is at the top of his game

I’m just the guy in the limelight, just the guy waving to the crowd,” said Bill Gianino, owner of Bill Gianino’s and Frankie G’s Bar and Grill, commenting on being named
the Greater St. Louis Restaurant Association 2005 Restaurateur of the Year in January. “I should chop the plaque up into a hundred pieces and give a piece to everybody who’s really earned this award: the managers, the wait staff, the chefs.”

Gianino has a lot to be excited about these days. “I learned about getting the award on Thursday or Friday – I forget which – by certified mail,” he said. “On Sunday my wife, Kathy, and I were out having dinner with our son and his new wife, and they announced that they are pregnant. I’m a very, very, very happy man.” The new Gianino, a girl, is expected to arrive in June.

You started working with your dad in his pizzeria when you were 16. Did you go into the family business willingly or kicking and screaming?
A little of both. Dad would say, “So-and-so isn’t showing up. You’re going to work with me tonight,” or sometimes just a plain old, “You’re going to work tonight.” When I was young, I didn’t want to work Friday and Saturday nights, the busiest times for a pizza place. And if the porters didn’t show up on Sunday morning, well, guess who Dad roused out of bed to go help clean up?

Do you still play an active role in the kitchen?
To some extent. As owner, I’ve got to. I am always part of the design team when we create new menu items. The chefs I have now have been with me for at least 15 years. Creating new dishes is kind of like going to Europe. Once you’ve got the plane ticket, you might as well stay three weeks. While we are developing one new dish, we’re more than likely to come up with two or three new dishes along the way.

Where do you get new ideas?
I watch the Food Network a lot. I read a lot of trade magazines. We may take a sauce from one recipe, add mushrooms instead of peas, use a different pasta – things like that to make it ours.

How often do you change the menu?
I look at the daily and weekly reports to see what’s selling and what’s not. That’s what it’s all about – what is selling and what isn’t. At Frankie G’s, we add and subtract items every 12 to 14 months. We just added half a dozen new items like the Sloppy Frankie and the Mile-High Grilled Cheese. At Bill’s, we don’t change the static menu quite as often because that venue allows us to have more specials. Anything on the specials board is not on the menu. We’re looking at a new pasta dish for spring, but we’re still experimenting with it.

What are some of the struggles of maintaining two different venues?
I’m lucky in that both places are together. I can easily watch over the two. If one were in another part of town, I don’t know if I could do it. Not now, anyway. I couldn’t run around that much. On that level, it’s not too bad. But it’s like running two places – separate chefs, managers, staff, kitchen space, etc. – that’s a lot of work, but I don’t mind because most of my employees have been with me for 10, 15 years. I don’t have a big turnover except in the bus, server and dishwasher areas.

What advice would you give to an aspiring restaurateur?
It’s a hard business and it’s a capital-intense business. Start very, very small and put as much of your own money into it as you can to not rack up a lot of debt. Negotiate a good lease rate. That’s where a lot of people go wrong; they have a large lease and a large debt service, and it kills them because then they have to charge more per dish than their competitors.

What disturbs you about the industry today?
All this talk about smoking laws disturbs me a lot. I don’t like a board of five or six people trying to tell me how to run my business. Business owners know what they need to do, and they put a huge effort into doing what their customers want. It’s what the customers want that should drive the configuration, the menu, everything. We saw the long line of people waiting for nonsmoking tables at Bill’s, so we made the dining rooms smoke-free. At Frankie’s, since it’s a sports bar, we made the bar area the smoking section. It’s not about me. I may chomp on a cigar all day, but a cigarette has never touched my lips. It’s about the customer and serving a good product at a fair rate.

Do you think not being on The Hill diminishes the “Italianness” of Bill Gianino’s?
No. Not a bit. The Hill is a traditional geographical space, but it has nothing to do with how good the food is or how “Italian” it is. For every restaurant on The Hill, there are about 50 in St. Louis County.

Who is Frankie?
My dad. He died after about a year or two when I was on my own. Then I turned to my Uncle Willy. He was my go-to man after Dad died; he taught me all aspects of the business, from how to fix a dishwasher to pricing an entrée.

Have you bought anything for your new granddaughter yet?
Oh, yeah! I’ve bought her clothes and a bed and a couple strollers and a high chair … 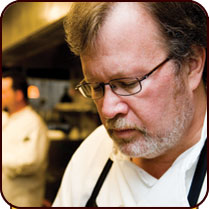 Eddie Neill has been around the block a few times. Past projects include Café Provencal, Fresh ... 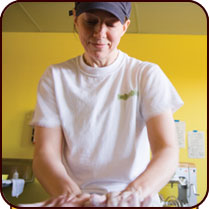 Imagine not being able to eat anything that contains gluten. Anything. That includes not only baked ... 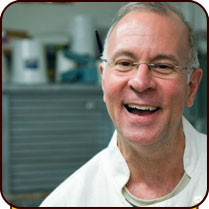 Tim Brennan opened Cravings 25 years ago and has been comfortably ensconced in his Webster Groves ...