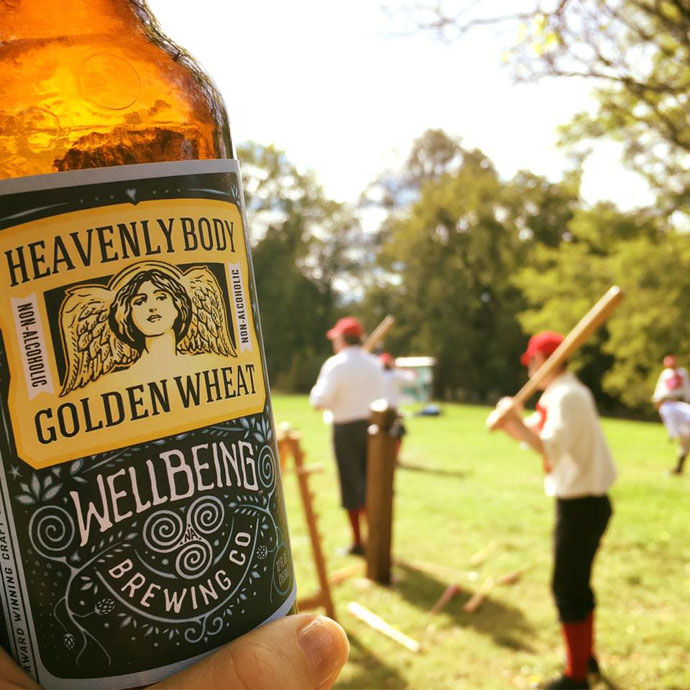 St. Louis has long been a center for innovation in beer, and now there's another to add to the extensive list: nonalcoholic craft beer. Wellbeing Brewing Co., a new brewery that specializes in NA beers, aims to have its wares on area shelves by Jan. 2, as reported by the Post-Dispatch.

Husband-and-wife team Jeff Stevens and Genevieve Barlow started Wellbeing, one of the country’s two breweries dedicated to solely brewing nonalcoholic beers, earlier this year. Although he has an extensive background in marketing beer and spirits at companies such as Momentum Worldwide, Stevens stopped drinking alcohol when he was 24.

“I went to tastings, had to write beer copy, knew a lot about the brewing process and how all kinds of beers around the world were brewed, but never got to drink any of it,” he said.

Stevens said he always looked for booze-free options when he went out and often came up short. Then about a year ago, he was in London with some coworkers who showed him how popular nonalcoholic beers were becoming in Europe. The experience inspired him to try his hand at brewing his own version.

“The market [in the U.S.] isn’t quite there yet, but I think all the signs point that way,” Stevens said. “I think bars and restaurants are going to have to give people who don’t drink alcohol just as good of an experience as those who do and offer just as many choices, versus just a Diet Coke or a coffee.”

Currently, Wellbeing contract brews through O’Fallon Brewery to produce Wellbeing’s first release, Heavenly Body Golden Wheat, a dry, crisp wheat beer. Next up is Hellraiser Dark Amber, available Feb. 1, which Stevens described as pale ale-like with more of a hoppy characteristic. He said future offerings will include a stout and a Radler. The beers will initially be sold in bottles with cans and kegs following later next year.

Stevens said he’s content to brew at O’Fallon while he judges the response to his beers. “We should be good [at O’Fallon] for a couple of years,” he said.

He said Whole Foods in Brentwood and Fields Foods have expressed interest in stocking the beer come January, and Tapped in Maplewood has committed to putting Wellbeing on tap when kegs are available.