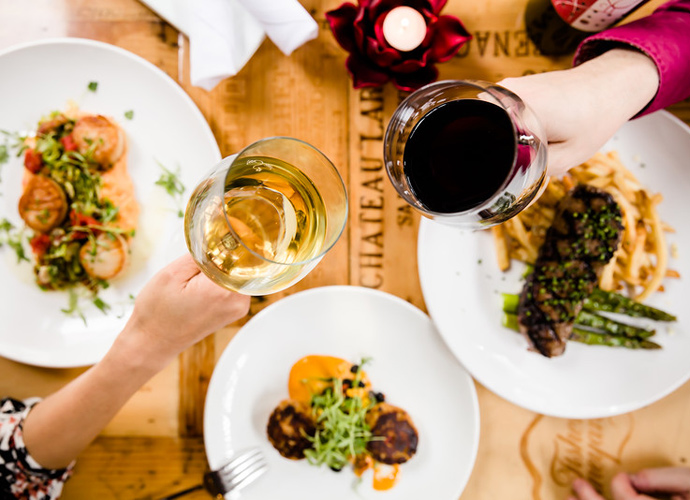 Chef Joseph Hemp V is leaving his post as executive chef of Robust Wine Bar and Snax Gastrobar. His last service will be Feb. 14.

Hemp began his tenure with Robust owners Stanley and Arlene Maminta Browne in 2012 as executive chef at the Robust Webster Groves location. He took over the kitchen at the downtown location in 2013, and then took the helm at sister restaurant Snax Gastrobar when it opened in September 2017.

“It just felt like the time,” Hemp said. “I love Stanley and Arlene. They’ve been a huge part of my life. But I’ve had the aching for something new.” Hemp doesn’t know exactly what that “something new” will be yet, and said he may even pursue opportunities outside of the restaurant industry.

“There’s part of me that’s ready to say ‘I’ve had a good run,’ and move on,” he said. “But I’ll always love cooking, every part of it. So maybe I’ll just take a step back from management and just enjoy cooking again. It’s a coin toss right now.”

Arlene Maminta Browne said Hemp will be sorely missed. “There’s not enough words to describe how amazing Joe is as a person and a partner,” said Maminta Browne. “He’s been so great for the organization and really grew us to another level. I’m going to miss him terribly.”

Maminta Brown said after Hemp’s departure, each restaurant will have its own head chef instead of one overall executive chef. Zach Dale, who is currently executive sous chef at Robust in Webster Groves, will become the executive chef at that location. Derek Northway, who came onboard at Snax last month after chef de cuisine Chris Ladley left for Nudo House, will run the kitchen there. Maminta Browne said the search is still ongoing for a head chef at Robust Downtown at The MX.

Hemp agreed with the new staffing arrangement. “I started when there was only one store. I worked out because I grew into the position,” he said. “I know the intricacies of everything, but to put that on somebody new is next to impossible. What works at Webster doesn’t work downtown, and what works downtown doesn’t work at Snax, so having one chef be able to spend their entire focus on one store – I think we’re going to end up with a greater product at the end.”