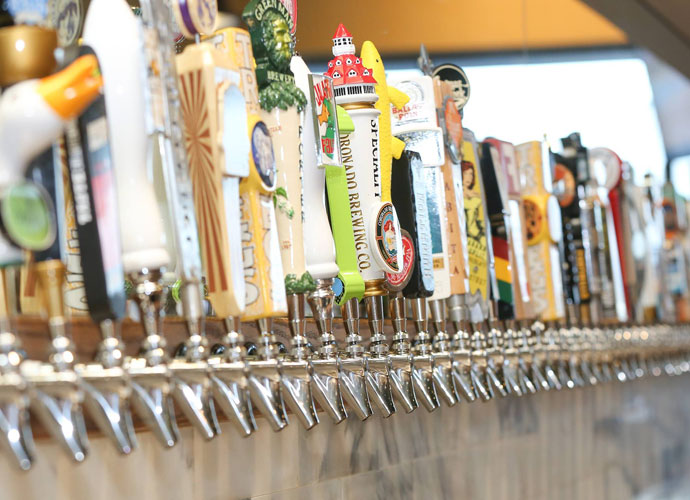 Beer lovers out west will soon have another place to indulge their hops habit. Owners Nicholas and Jody Hester will open a new location of Colorado-based beer pub chain Growler USA next month at 3833 Elm St.

“We want to be a part of the local beer scene by having as many local beers as possible on tap,” said Nicholas Hester, citing breweries such as 4 Hands Brewing Co., Urban Chestnut Brewing Co., Perennial Artisan Ales and Civil Life Brewing Co.

Growler USA St. Charles will have 100 taps that will pour beer, wine and cider. The pub will also have a full kitchen. Hester said kitchen manager Doug Sayles will initially feature a menu with classic pub fare – think wings and burgers – and will eventually spotlight takes on St. Louis favorites, such as “a T-rav with an elevated spin to it.”

The 2,300-square-foot space, which used to be home to a fitness center, will have 73 seats inside, including the bar, and another 50 on the patio when the weather breaks.