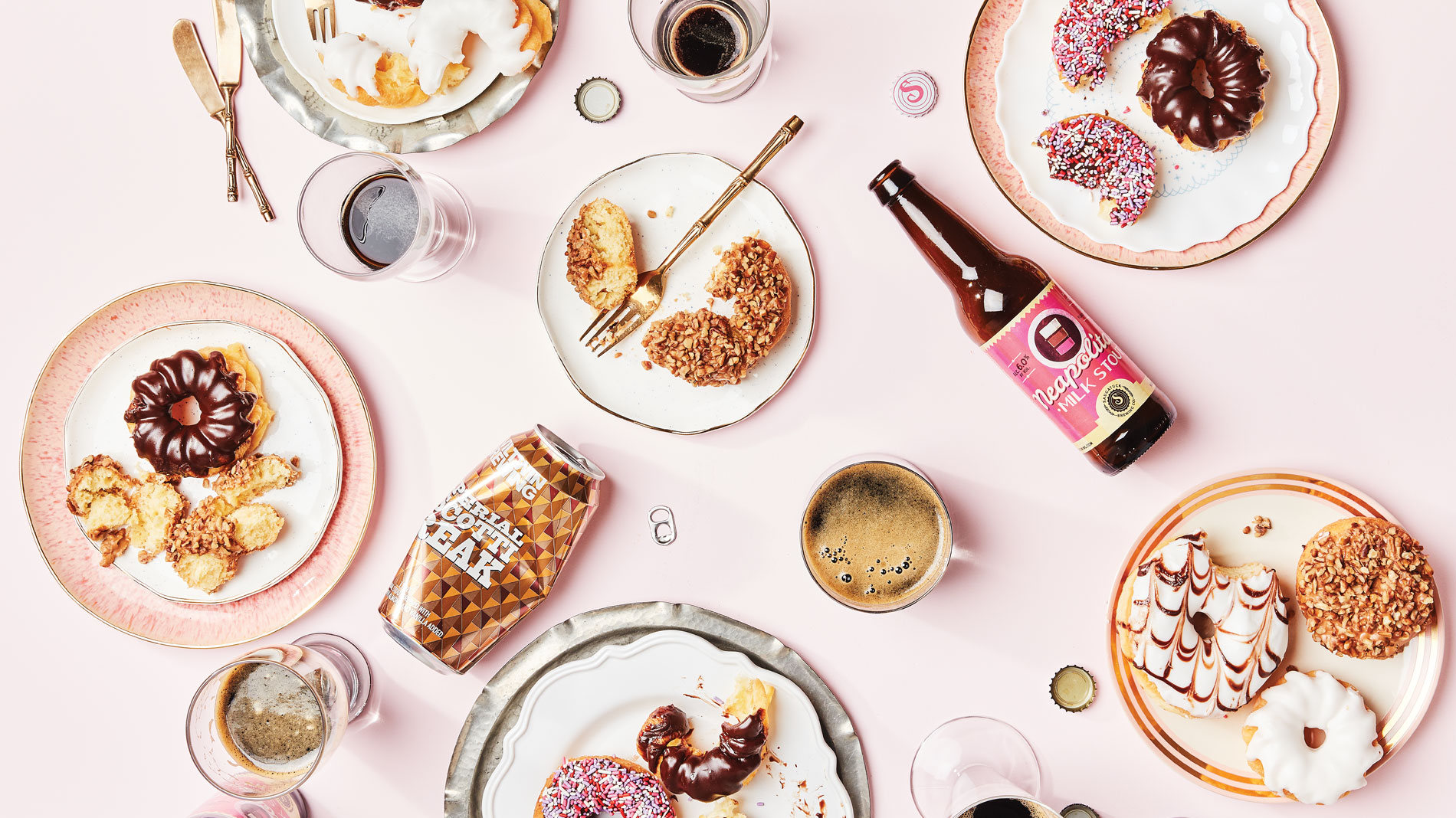 Drink your dessert with these 4 pastry stouts

Currently baking up in the trend-driven beer world are pastry stouts – deliciously rich and cloyingly sweet beers meant to resemble desserts and breakfast foods. The base beer is usually a massively boozy, full-bodied stout that can withstand the numerous ingredients added to build a dessert-y flavor profile. Sometimes dessert is more than inspiration – as with the Evil Twin Imperial Doughnut Break, which is actually brewed with doughnuts. Beer nerds debate whether the sweet style is “ruining beer,” but a lot of winter seasonals have sold out at local retailers until next year. Some people just prefer to drink their dessert … or breakfast. No judgment.

1. Omnipollo Noa Pecan Mud Cake
This luxurious beer is the amalgamation of a rich, fudgy brownie, toasted pecans and s’mores. Thick and chewy in texture, a massive chocolate overtone is enhanced by underlying notes of graham cracker, lightly toasted marshmallow and nuts.

2. Evil Twin Imperial Biscotti Break
Loads of almond and coffee on the nose introduce the essence of sweet cookie and notes of heavily roasted malt across the palate. One sip of this beer, and you’ll think you’re dipping a piece of biscotti in a hot cup of joe mixed with vanilla-flavored creamer.
Four-pack: $13. The Wine and Cheese Place, 7435 Forsyth Blvd., Clayton, 314.727.8788, wineandcheeseplace.com

3. Southern Tier Crème Brûlée Imperial Milk Stout
One of the first massively rich, dessert-like beers to make an appearance, Crème Brûlée remains a fan favorite. Just as the name suggests, this silky and rich sugar bomb is all vanilla and caramel up front, followed by notes of lightly toasted sugar and custard.

4. Saugatuck Neapolitan Milk Stout
Don’t miss this beer if you’re a fan of the ice cream. Lighter bodied than most, a touch of toasted malt and a lot of strawberry on the nose are followed by the flagship vanilla, strawberry and milk chocolate flavors on the palate.
$2.50. BeerSauce Shop, 318D Mid Rivers Mall Drive, St. Peters, 636.328.7972, beersauceshop.com

Katie Herrera is a longtime contributor to Sauce Magazine and an account manager at Craft Republic.