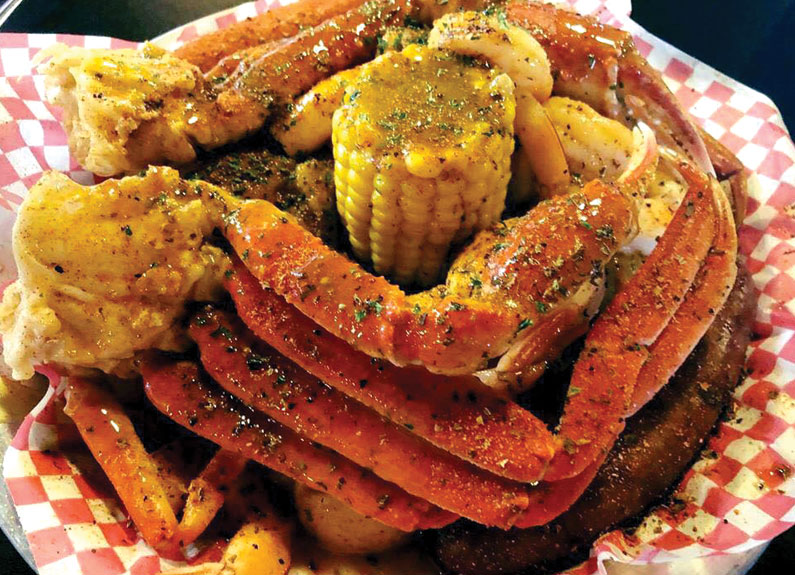 “St. Louis is my hometown, and I have a lot of good friends, family and classmates in the area. It was a natural location, “ said Craig Scott, co-owner of the new St. Louis eatery, as well as the two Krab Kingz franchises in Kansas City. Krab Kingz was founded in Houston three years ago.

Scott said most of the menu consists of classic boil platters with combinations of crab legs, shrimp, corn, sausage and potatoes. Diners can choose from several different portion sizes, as well as variety of butters, including lemon-pepper, honey and garlic.

Scott said so far, response to the new Krab Kingz has been tremendous. The restaurant currently seats approximately 50, and Scott said he’s planning to add more tables once the initial opening furor dies down.

“It’s a good concept, and I’m looking forward to expanding,” Scott said. He is already scouting out other potential St. Louis locations. He said he also plans to open locations in Omaha and Chicago.