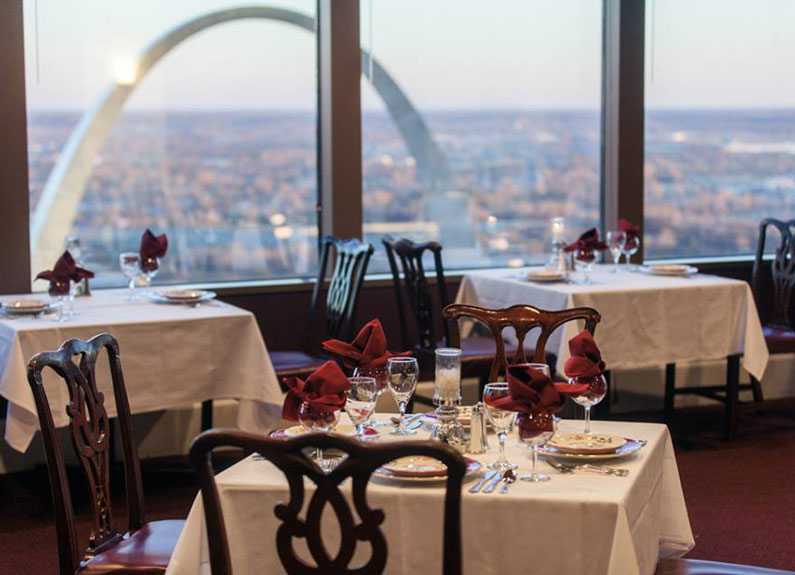 Kemoll’s will leave the Met downtown, move to Westport Plaza

One of downtown St. Louis’ longest-running restaurants is rebranding and heading west.

Kemoll’s will leave its perch atop the Metropolitan Square building and reopen as Kemoll’s Chop House in the former Dierdorf & Harts space at 323 Westport Plaza in Maryland Heights.

The current restaurant will serve its last meal Jan. 31, 2019; the new version is slated to open in February 2019.

Kemoll’s opened in 1927 and spent the last 28 years in the Met Square building, first on the ground floor and then adding a banquet facility to the 42nd floor in 2003. The restaurant moved its dining room to the 40th floor in 2009.

Owner Mark Cusumano said Kemoll’s has had great run downtown. He was happy with the building management, but the time had come for a change.

He said he was also was impressed with the way Lodging Hospitality Management has turned around Westport Plaza, adding successful concepts like Westport Social and filling nearly all available office space.

“They’ve really got that place bustling,” he said. “When you go [to the restaurants there] you can hardly get in. They have a great touch for revitalizing things.”

The new Kemoll’s Chop House will seat approximately 170 across the main dining room, bar and banquet room. Cusumano said the new menu will focus more on steaks and seafood and less on pasta, which he said has been a trend at the current restaurant.

“Of the eight best-selling menu items now, six are from the grill,” Cusumano said. “We’re almost a chop house now.”

He said he plans to retain the 12 or so most popular Italian dishes on the current menu as well as the complete appetizer list.

As for the current downtown space, Cusumano said building management currently plans to turn the 40th floor restaurant space into offices and the 42nd floor space into a fitness facility for building residents.