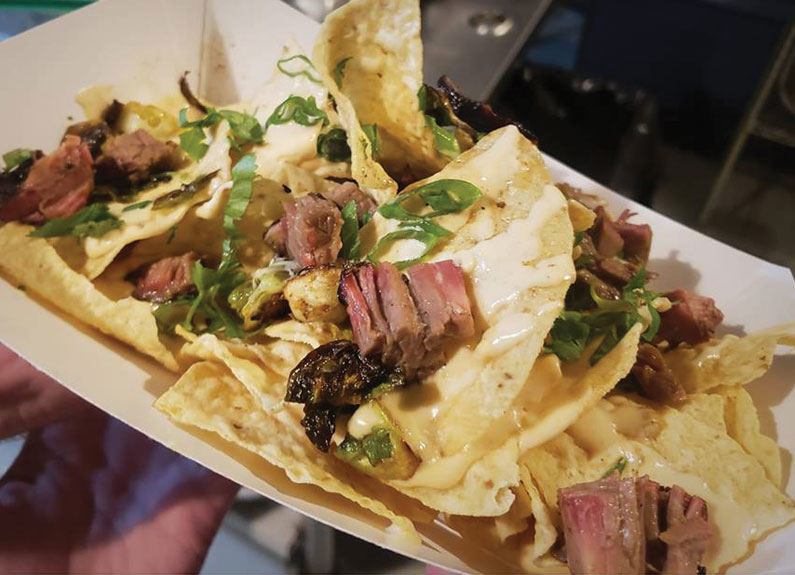 Söl is now open inside The Fortune Teller Bar

After a short hiatus, the window at The Fortune Teller Bar is once again serving food for hungry patrons on Cherokee Street. Söl (short for The Spice of Life) officially opened in the space on Wednesday, Nov. 28.

As Sauce reported last month, chef Ari Ellis closed The Cut, the previous concept inside Fortune Teller, to focus on her new diner concept, Morning Glory. The space didn’t stay vacant for long, as Söl owners Daniel Spicer and Lily Sparen were looking for a new commissary space for their catering operation and were eager to expand the business to include a stand-alone concession.

They heard about the Fortune Teller opportunity from Mac’s Local Eats owner Chris McKenzie (who sells their cheesecake at his restaurant) and decided to check it out.  Fortune Teller owner Matt Thenhaus said the duo hosted a pop-up at the bar earlier this month as part of Fortune Teller’s anniversary celebration, which went over well with patrons.

“They’ve been really easy to work with and they’re eager to cater to this crowd,” he said.

“It’s a little different than what we’ve done before, but we’ve been in the service industry for a while and we’re used to late-night crowds,” Sparen said. “We really love the Cherokee Street scene and the people we’ve met so far.”

SöL is open from 4 p.m. to 10 p.m. and Sunday, Wednesday and Thursday and 4 p.m. to midnight Friday and Saturday.