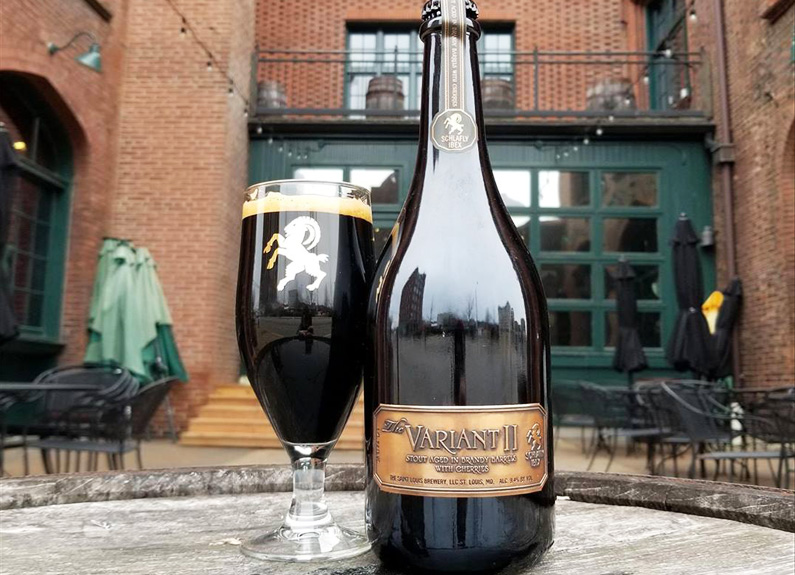 variant ii will be available at schlafly's anniversary party. photo courtesy of schlafly

Sip Variants I and II at Schlafly’s Anni-Beer-Versary on Dec. 26

Raise a glass to the brewery that pretty much launched the St. Louis craft beer at its Anni-beer-versary Party scene the day after Christmas. St. Louis has become a key player in the national craft beer game, and regardless of where your local beer affiliation lies, we should all tip our caps the folks at the Saint Louis Brewery, better known as Schlafly.

When I started in the beer industry in 2010, I struggled to usher along a small but growing craft beer scene working its tail off to find a place in the face of Big American Beer. Dial that back to 1991, and I’d wager most of us can’t fathom trying to sell craft beer in a market owned by light macro lagers. Schlafly founder Dan Kopman and Tom Schlafly bit that bullet. Though it was a long process, they persevered and helped to create one of the country’s most vibrant craft beer communities.

Both the Tap Room downtown and Schlafly Bottleworks in Maplewood will celebrate the Saint Louis Brewery’s 27th anniversary all day on Wednesday. It’s a free event, and all beer at both locations is available at 1991 prices – perfect for those pinching pennies after a month of holiday spending.

If you need another reason to raise a glass to one of the OGs of St. Louis craft beer, Schlafly will tap both barrel-aged stouts from its Ibex: Rare series on Wednesday. Variant I, released in spring 2017, is Schlafly’s Imperial stout aged in port barrels with cocoa nibs.

Variant II, which was released Dec. 8, is the same 9.4 percent ABV base stout as the original Variant, but it is a blend of two separate beers: one aged on sour cherries and the other aged in brandy barrels. The blend is meant to evoke flavors usually found in a classic Manhattan cocktail.