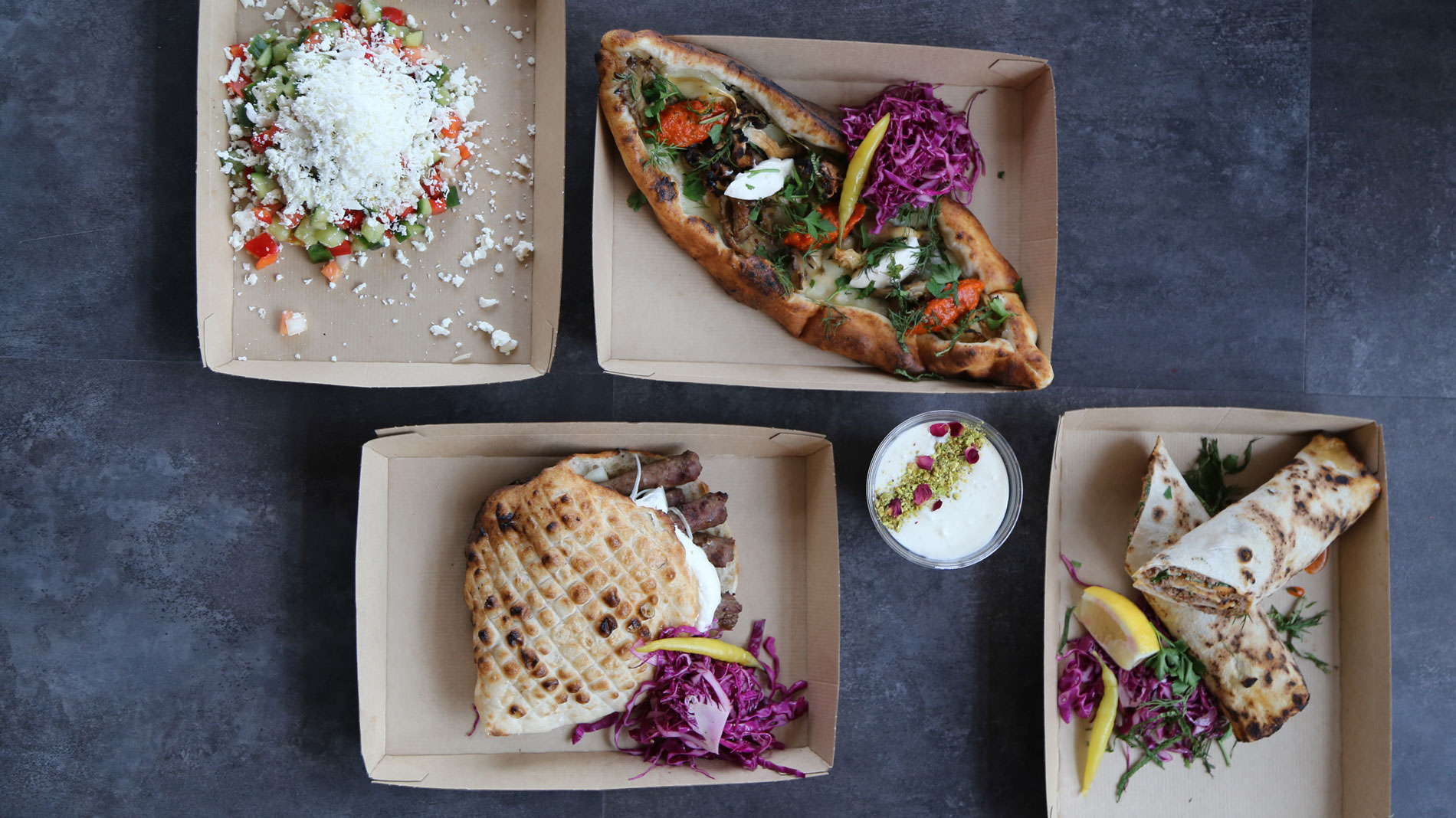 The fare from one of the most sought-after food trucks in St. Louis can now be found in a corner brick-and-mortar in Webster Groves. We cherished every bite of the pide, a boat-shaped flatbread topped with cheese, ajvar (a pepper-based sauce), creamy, dairy-based kajmak, herbs and a choice of beef, chicken or the daily vegetable (when we went, the veggies were succulent oyster mushrooms).

Another veggie-heavy dish, the tofu lahmacun is a rolled flatbread filled with parsley, lemon, onion and a tasty signature sauce. The cheese-stuffed pljeskavica – basically an enormous burger – is impossibly juicy. But there’s a reason the grilled cevapi (beef sausages stuffed inside pita-like somun) sits first on the menu. Get there early, as the restaurant shutters when the food runs out.

Cajun is out and bubbly is in at Dave Bailey’s property in Lafayette Square. Pop, a sparkling wine bar with mostly shareable fare, took the place of L’Acadiane in February, and it’s a cozy spot for a sip and a snack on date night.

Order a shareable board piled with pickled vegetables, house-made crackers, charcuterie, cheese or more, and pair it with a glass of bubbly. The glass wine list ranges in price and region from an affordable $8 Ca’ Furlan Prosecco Cuvee Beatrice from Italy to a $19 Napa Valley Schramsberg Blanc de Noirs. If cocktails are more your speed, try a classic Airmail or the oddly root beer-like Kvass ‘Vill You Drink?

Once you've devoured the shellfish, ask for extra bread to soak up all that sherry sauce. Bigger appetites can enjoy perfectly prepared halibut atop clams swimming in Thai red curry, or indulge in the seafood boil. With a monstrous fresh snow crab cluster, perfectly cooked Gulf shrimp, turkey andouille, red potatoes and corn, it’s easily one of the best – and messiest – shareable entrees on the menu.

Cherokee Street has more than its share of quality drinking and dining options, but a solid old-school diner has always been a glaring omission. That finally changed with Morning Glory Diner, the latest eatery from chef-owner Ari Ellis, who most recently helmed The Cut inside the Fortune Teller Bar down the street.

Morning Glory has a decidedly minimalist vibe, both decor- and menu-wise, with straight-ahead greasy spoon favorites like slingers, burgers, tuna salad sandwiches and flaky biscuits and gravy peppered to perfection. Don’t miss the hash browns, impeccably crispy outside and soft inside. There’s even a wedge salad for some roughage. Check out the song selection on the jukebox, and don’t forget to ask about the pie selection.

The Curry Club is the casual Indian lunch and dinner spot we’ve been waiting for in Chesterfield. At lunchtime, a cafeteria-style setup lines the back wall. Two curries (try the butter chicken and the daal) with naan and flavored rice start at $6.

The other lunch special is dosa, fermented dough made of ground rice and lentils (think gargantuan Indian sourdough crepes), griddled on a flattop. It comes with two raw sauces – a green chutney that tastes like mint, cilantro and chilies and a coconut-peanut chutney – along with a cup of sambar, a tamarind and lentil stew. Pick from a variety of dosas: We liked the plain, cheese and the classic masala, which is stuffed with spiced potatoes. At most, it sets you back $8 for a huge plate of food.

Bring your appetite, and don’t miss out on the mysore pak dessert, a buttery, doughy sweet with a crumbly texture similar to a Mexican wedding cookie.

Until now, there hasn’t been a dedicated Korean fried chicken eatery in St. Louis, but that changed when Drunken Fish owner Munsok So opened Kimchi Guys downtown. Whether you’re new to this kind of food or a seasoned expert, our recommendation is the same: Get the bone-in Korean fried chicken with the original sauce, a spicy-sweet glaze that finds an amenable home on the chicken’s perfectly crisp skin. The white radish kimchi and the potato salad sides were also among our favorites.

Not a chicken fan? The Kuesadilla is a weird, cilantro-laced fusion option that somehow works well. Nestled in the first floor of the Cutlery Building on Laclede’s Landing, Kimchi Guys is small, but just large enough to house some big flavors. 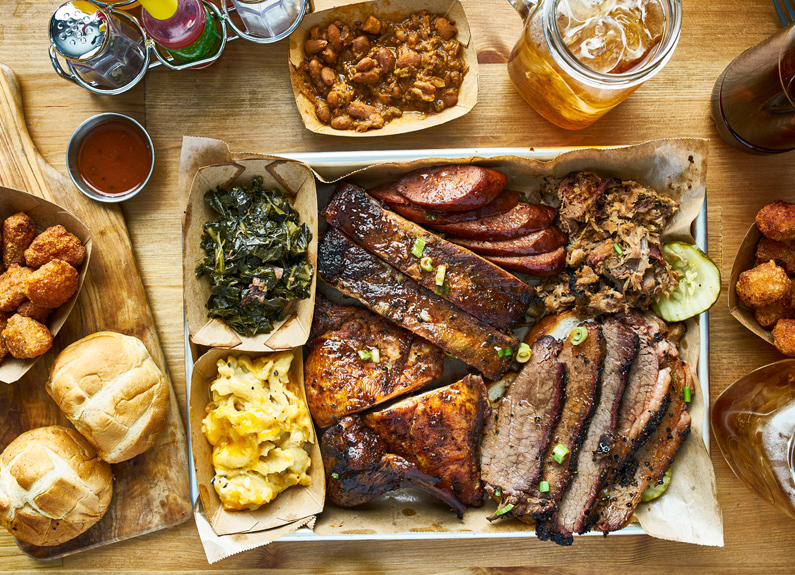 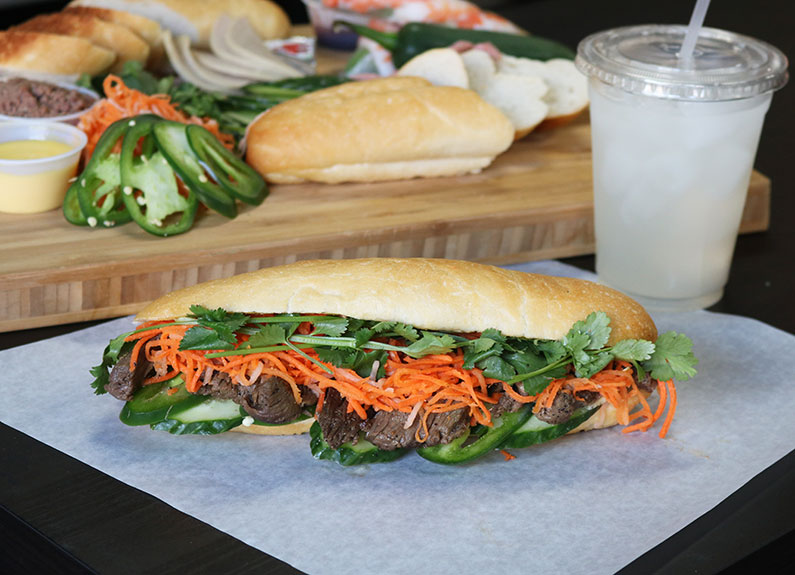 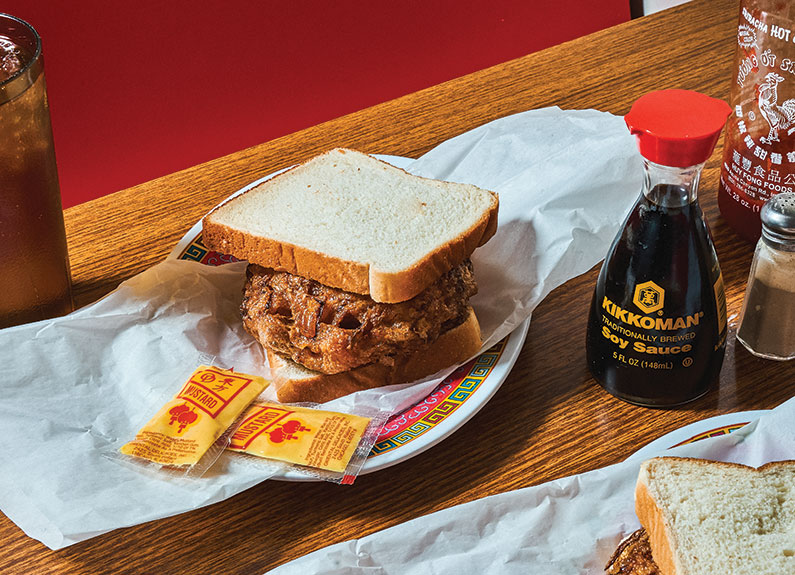 The St. Paul sandwich is as St. Louis as gooey butter cake and toasted ravioli.