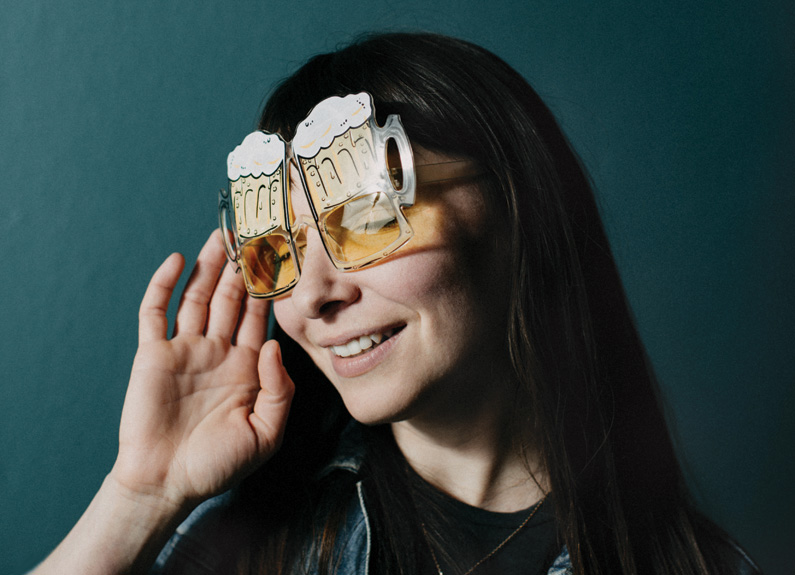 Schranz has played a central role in Earthbound’s brewing and front-of-house operations, but she will work exclusively as a brewer at 2nd Shift.

“They have [barrels], so I’m excited to use wood in beer styles, and also have the ability to [work] more along the lines of Brettanomyces and Lactobacillus, those sort of yeast strains that we’ve never used at Earthbound,” she said. “I think it’s a good opportunity for me to focus on one particular endeavor rather than be spread across many aspects of owning and operating a brewery.”

2nd Shift co-owner Libby Crider said she looks forward to what Schranz will contribute to the team, and they already have her first beer in mind, a paw paw wild ale. “She brews with a lot of botanicals, which we haven’t brewed a lot with,” Crider said. “I’m looking forward to gathering her experience as a female brewer, something that we’ve not really experienced before.”

Read More // How Rebecca Schranz learned to brew (and like) beer

“We’ve got some really fun ones coming up,” he said. “We have a lavender braggot coming up in March, and we have Fuzzy Pickles coming out in cans in April or May. We have a couple of cool barrel-aged beers coming up, too.”

Kevin Klein spent four years with Charleville Brewing Co. and was part of the brewing team that new location at 2101 Chouteau Ave. in 2016 and that won a bronze medal two years ago at the Great American Beer Festival for its barrel-aged barleywine.

Klein said he hopes to help 2nd Shift expand its lager program. “I feel that lagering is something that I really take naturally to,” he said. “It’s not really a big part of their program. I’m really excited to see how everything goes.”

“He’s got a lot of experience with New Zealand hops, with hops that are up and coming.” Crider said. “For a while, we favored traditional hops, and he likes to experiment with newer hops and has experience doing it. I’m super excited to see him helping [head brewer and co-owner Steve] Crider learn about these new hybrid hops that are growing in New Zealand and in other places around the world.”

Editor's note: This article originally misspelled Kevin Klein's name. It was updated at 2:45 p.m. March 12 to correct the error.