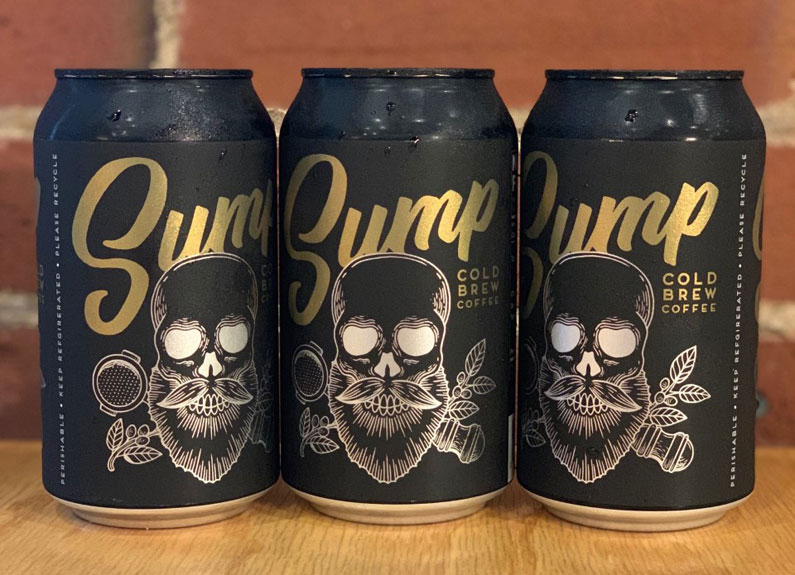 Sump Coffee and 4 Hands Brewing Co. will debut the first in a series of canned single-origin cold brews this Saturday, April 27. The cans will be available at Sump, the 4 Hands tasting room and the St. Louis Earth Day Festival this weekend.

“The idea is to replicate the model that the shop has had over the years, to create something bright, clean, less bitter, highlighting regions of the world,” said Sump Coffee owner Scott Carey.

Carey said he was excited to work with 4 Hands owner Kevin Lemp on another collaboration. The two have previously worked together on 4 Hands coffee stouts like Single Origin. “He’s a curious, intellectual guy with a lot of creative energy, and he’s just so fearless,” Carey said.

The first single-origin cold brew to hit the canning line is sourced from Huila, Colombia. “This coffee is very Sump-like,” he said. “It’s sweet with a little brightness for tension, good mouthfeel, and it’ll definitely get you caffeinated.”

Initially, Sump and 4 Hands will self-distribute limited runs and send cases to some of their current wholesale clients. Carey said he and Lemp anticipate that this could grow into a much larger project, involving canning coffee-laden nonalcoholic cocktails like those featured at Sump and the possibility of a microbrewery and cold-brew taproom.

Right now, though, Carey’s focus is on the product at hand. “What’s most compelling to me is that when we sell whole bean coffee now, we aren’t selling a finished product,” he said. “You still have to brew it yourself. ... Now, we’re selling a ready-to-serve product, which gives us more control over how it tastes.”

James Boeckman is an editorial intern at Sauce Magazine.