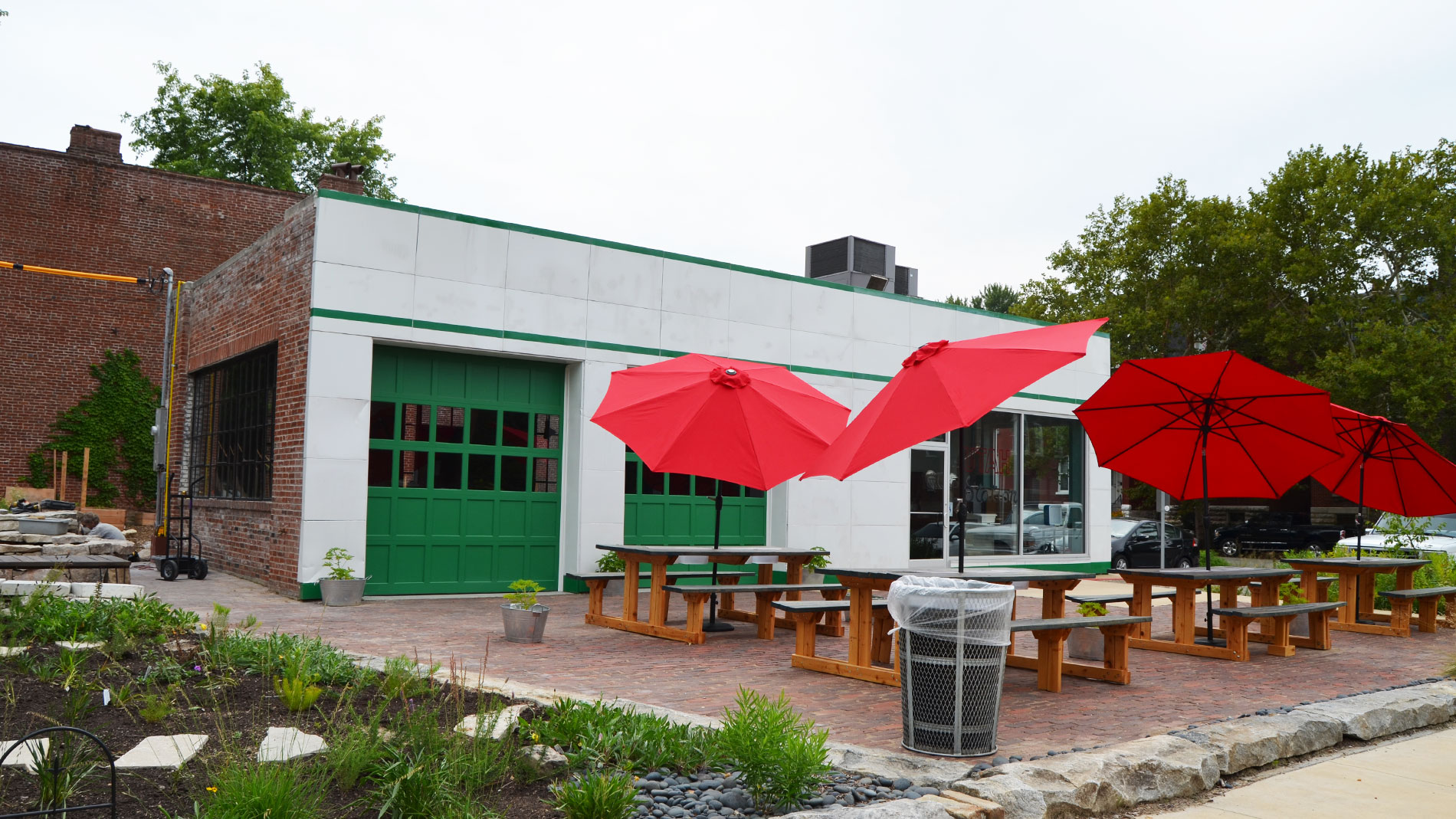 the patio at utah station, which opens aug. 8. photo by michelle volansky

Executive chef Chris Bertke has created a menu of plant-based dishes inspired by fast food favorites like a Big Mac and Jack in the Box’s deep-fried tacos. Unlike most meat-free dishes, he eschews tofu and commercially available options like the Impossible Burger for his house-made meat substitute. He also offers appetizers like toasted ravioli and poutine, as well as gyros and sloppy joes  – all made with no animal products.

Meat-eaters can still satisfy carnivorous cravings at Utah Station. The menu is 90% vegan and 10% meat-based (a reversal of most restaurant menus around town, Bertke said). In addition to pizza toppings like pepperoni, sausage and bacon, meat-eaters can order a smoked pulled pork sandwich or a smash burger. To avoid cross-contamination, sous chef Jesi Willey-Hooker prepares the meat-based dishes on a separate flattop.

Utah Station owner Carrie Bauer worked with developer and building owner Kevin King to create a space that incorporated nature and reclaimed materials. Two large garage doors (reminiscent of the space’s days as an auto service station) open in nice weather, connecting the 42-seat dining room to the spacious 32-seat brick patio in front of the restaurant. Four custom picnic tables were constructed with wells in the center to be filled with living herbs and ice so customers can keep their drinks cold on hot days.

Two large fire pits on the side of the restaurant were made from stones reclaimed from excavation sites in Soulard. One pit will be two-tiered, allowing for seating and dining around the fire in cooler months. Raised beds at the back of the restaurant allow Bertke and his team to grow some of their own vegetables and herbs, and the remaining landscaping boasts native Missouri plants meant to feed area pollinators like monarch butterflies and bees.

Utah Station will eventually offer a full bar, as well as a menu of mostly vegan or organic wines and a selection of canned and bottled local beer. Until the restaurant receives its Missouri liquor license, Bertke said customers are encouraged to BYOB.

Utah Station will be open 3 to 10 p.m. every day except Tuesday and Wednesday. Here’s a first look at St. Louis’ new vegan eatery. 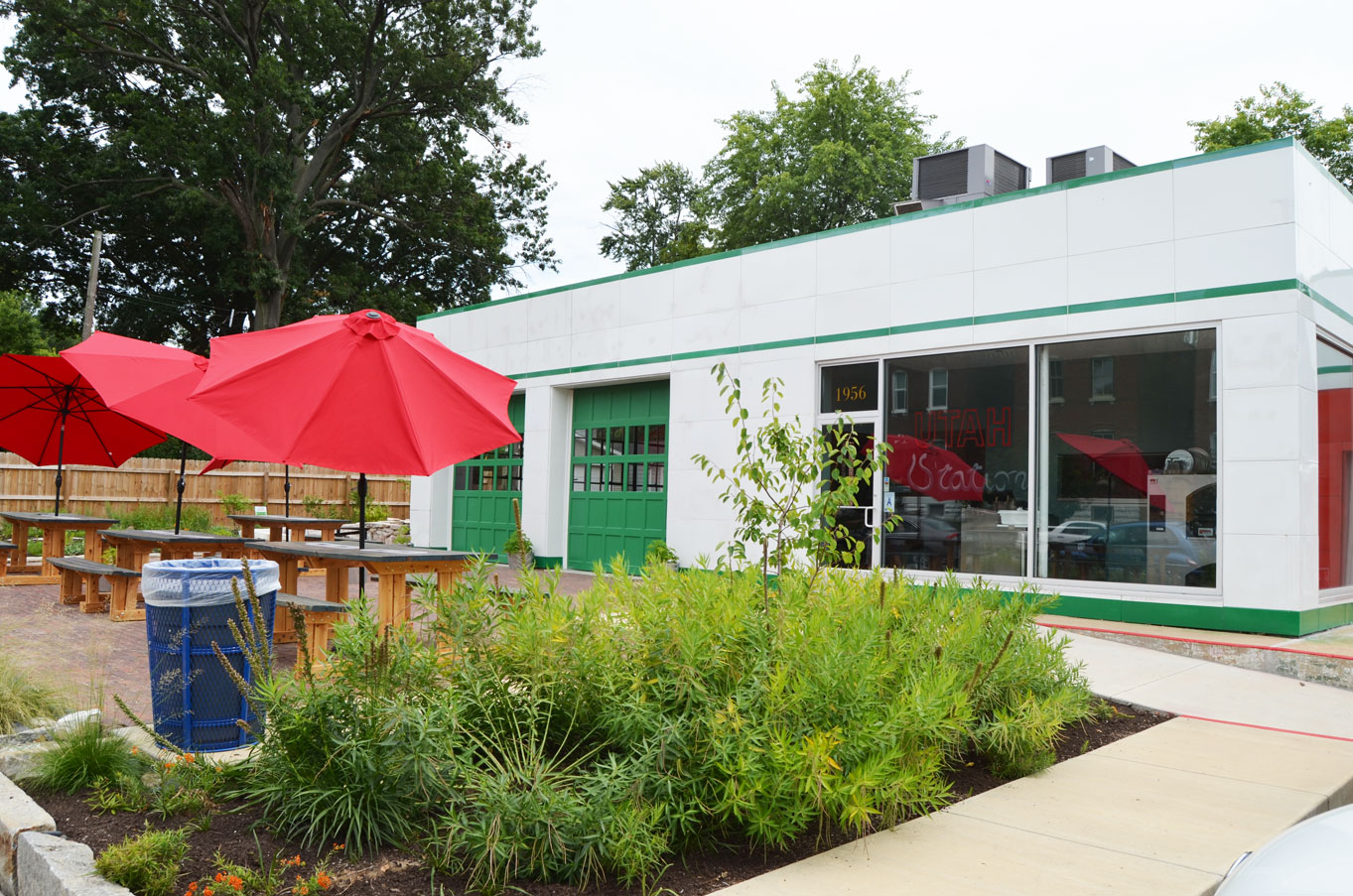 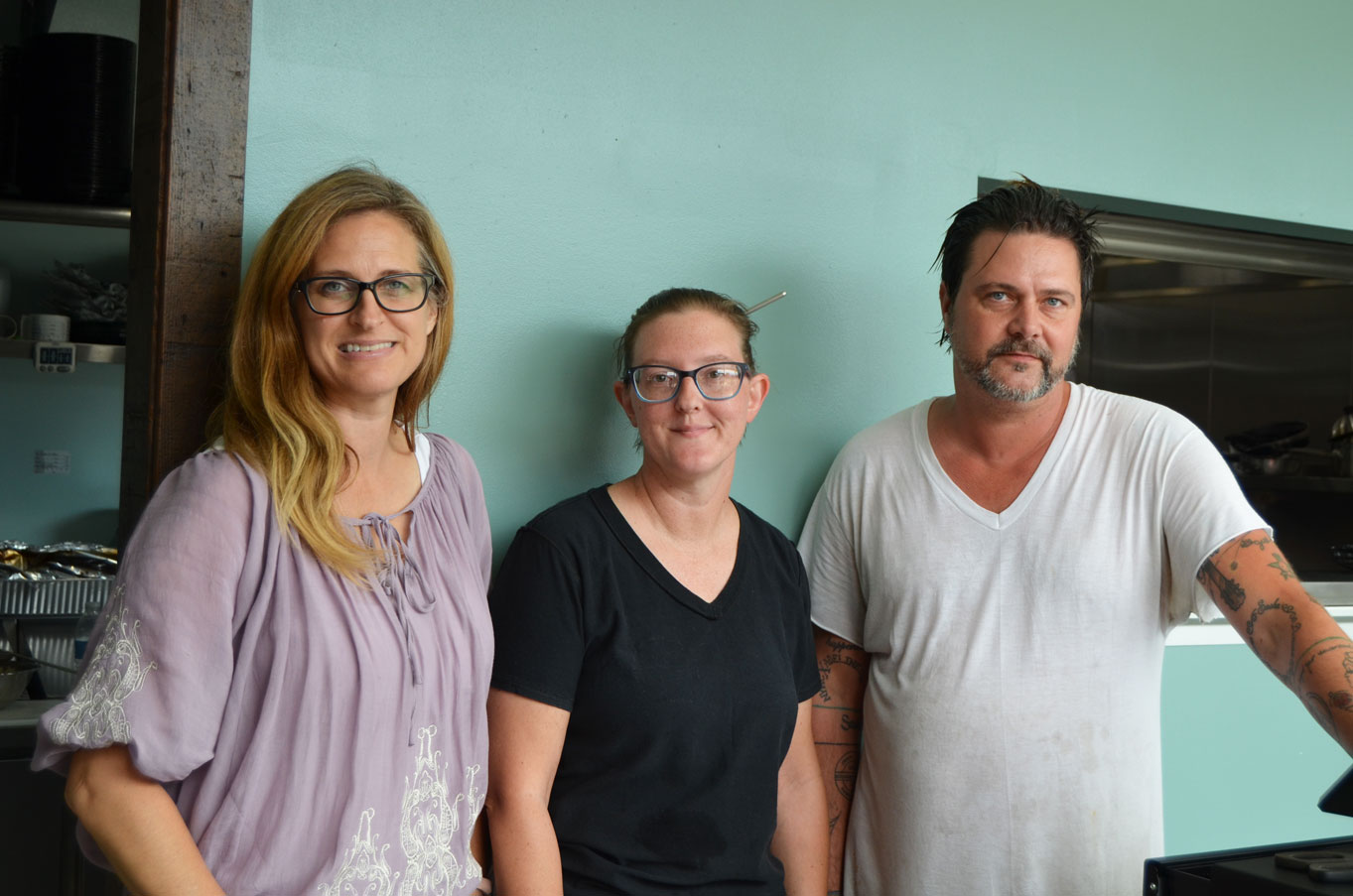 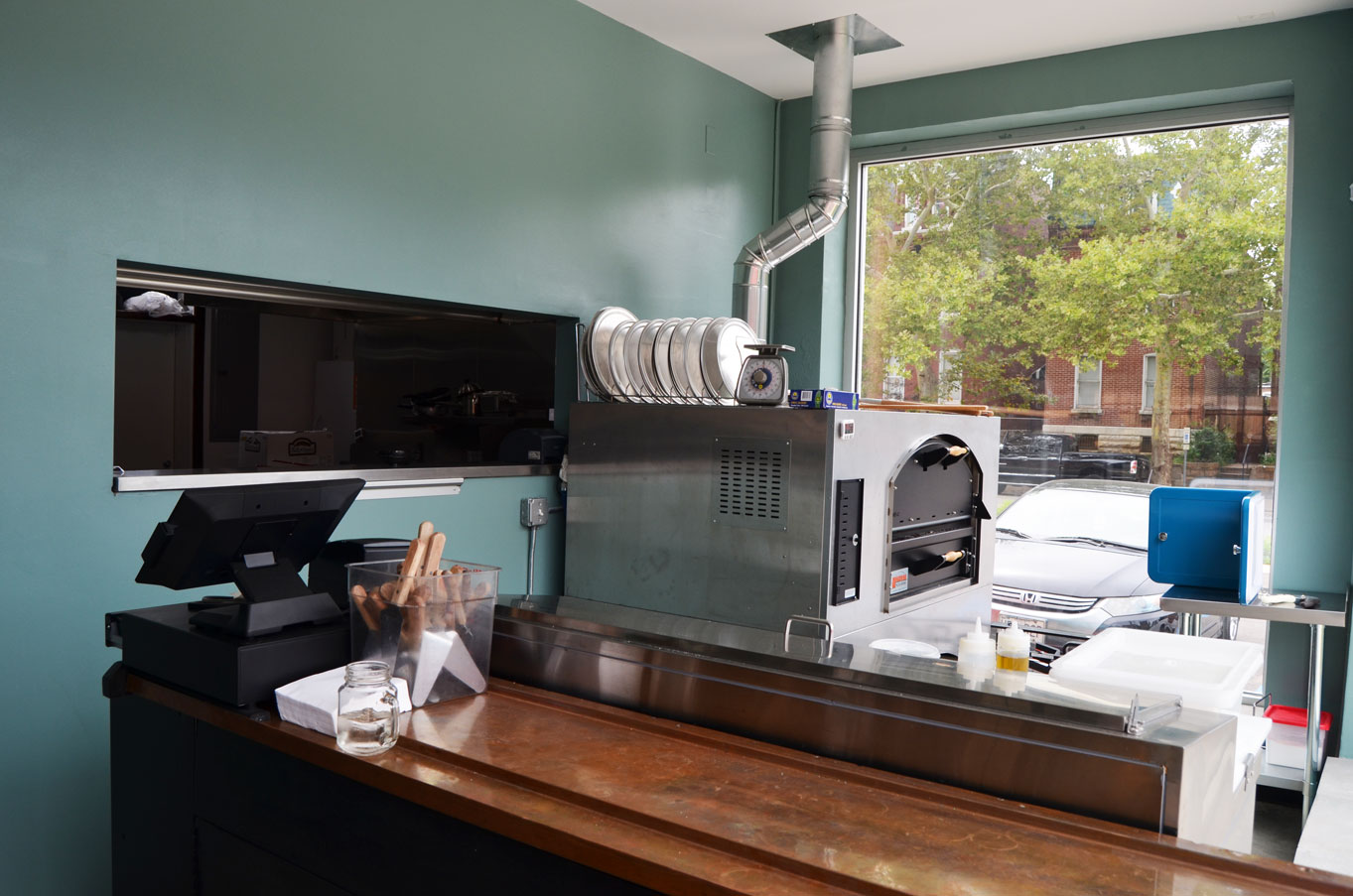 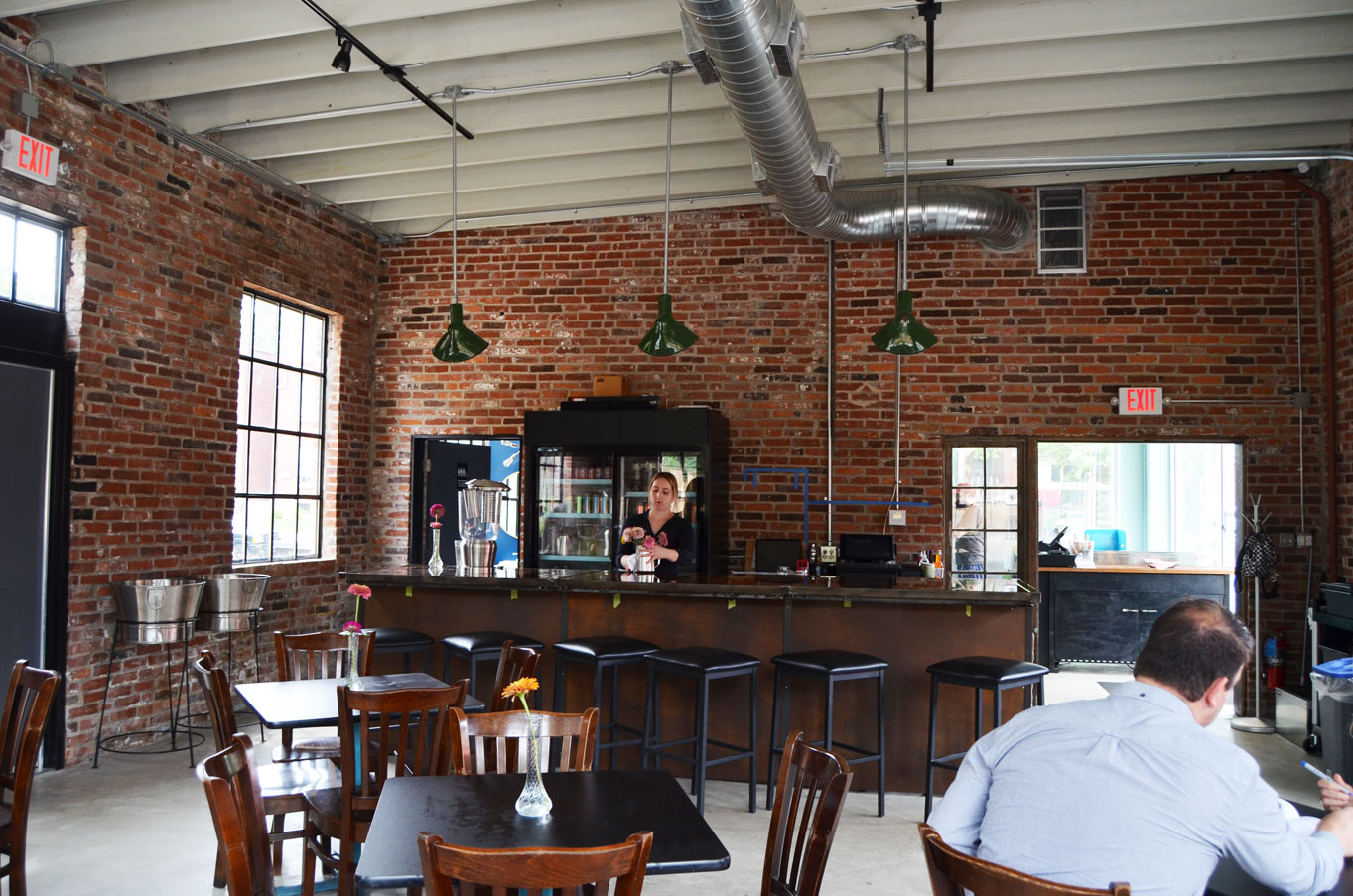 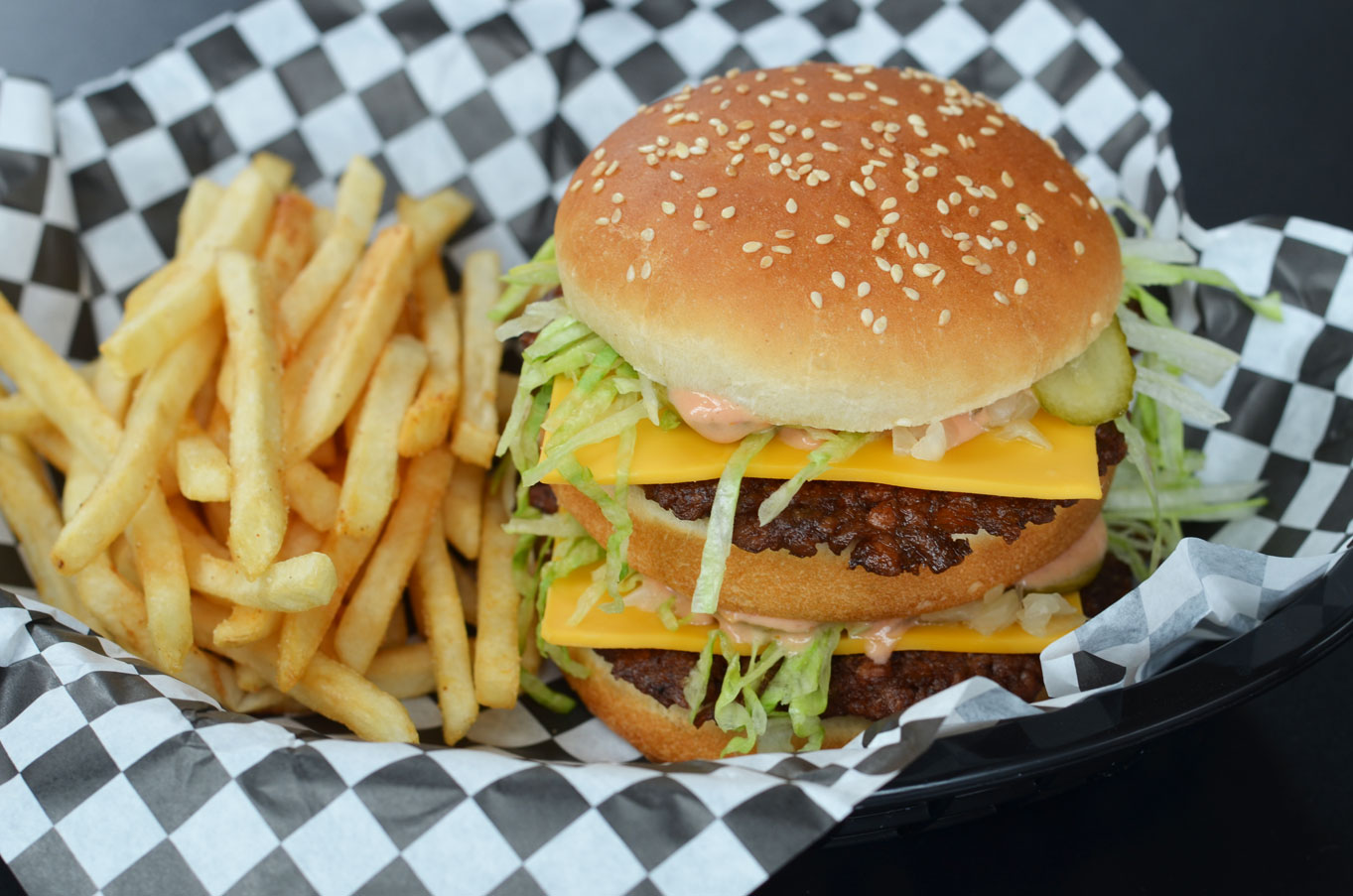 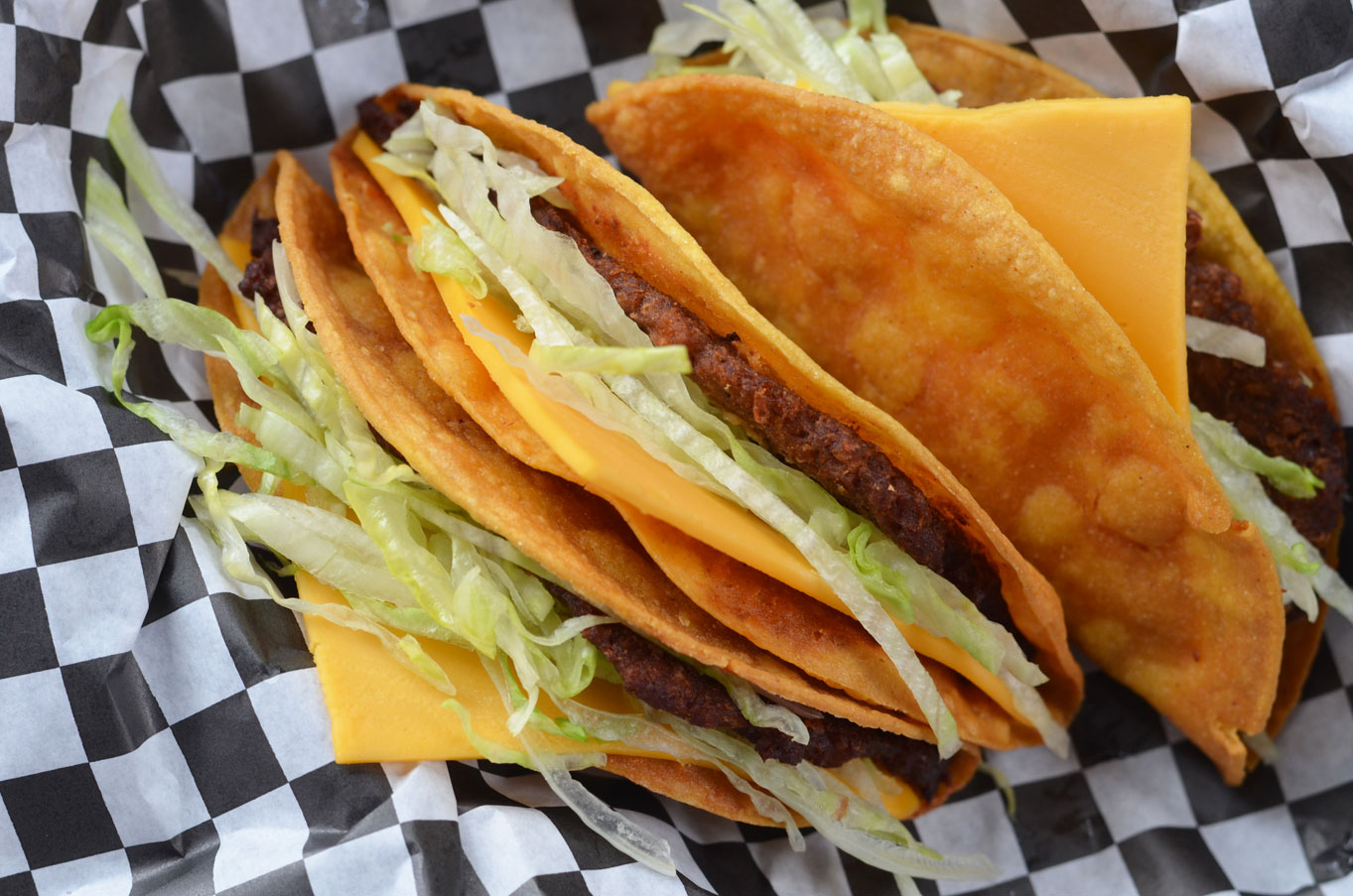 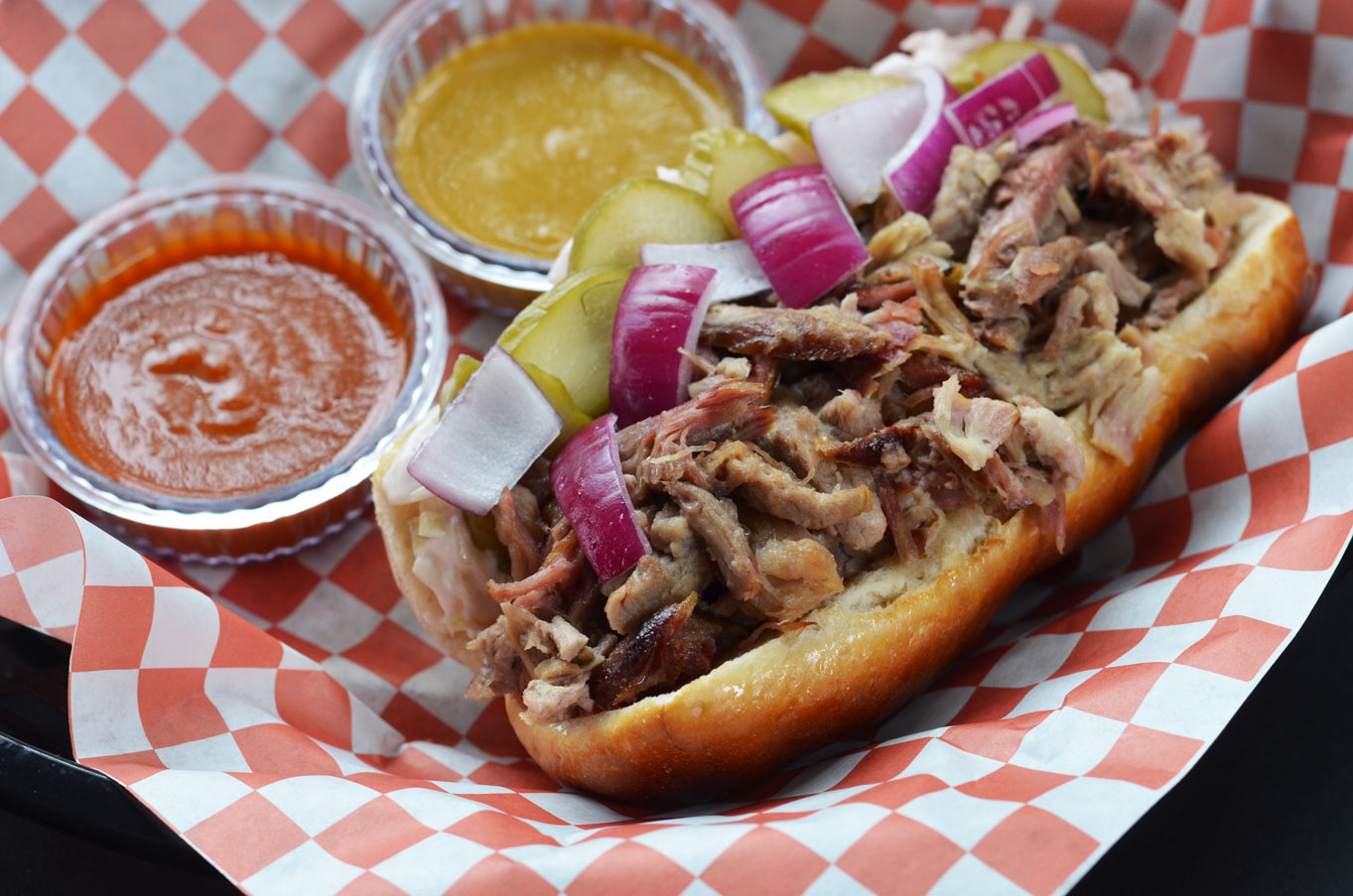 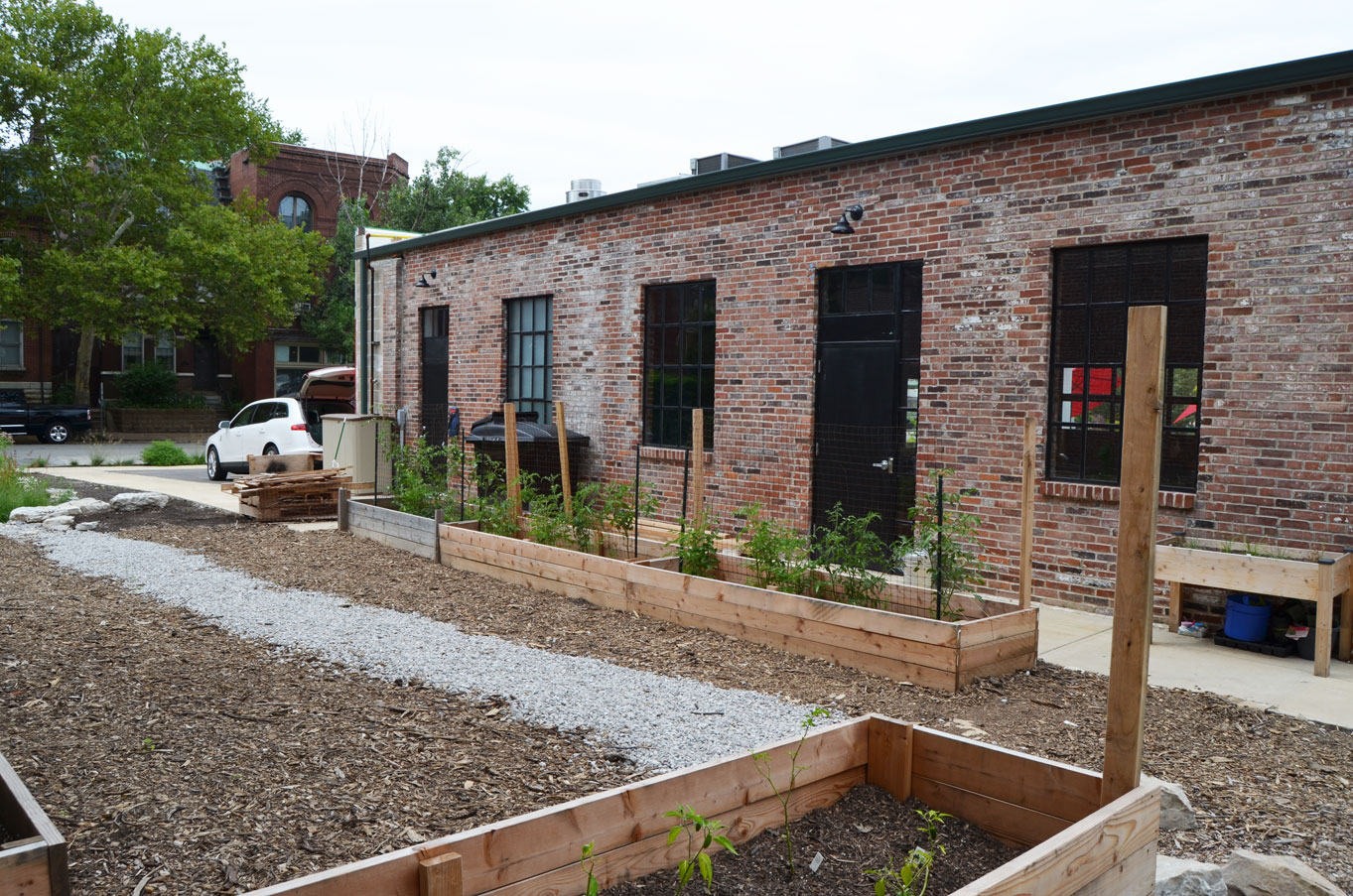 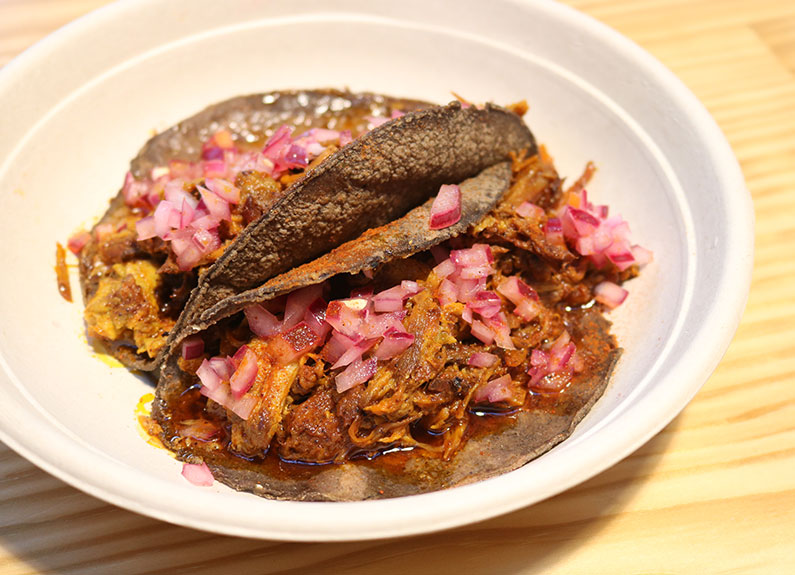 Spooky season is here and it’s time to celebrate. Here are some events ...