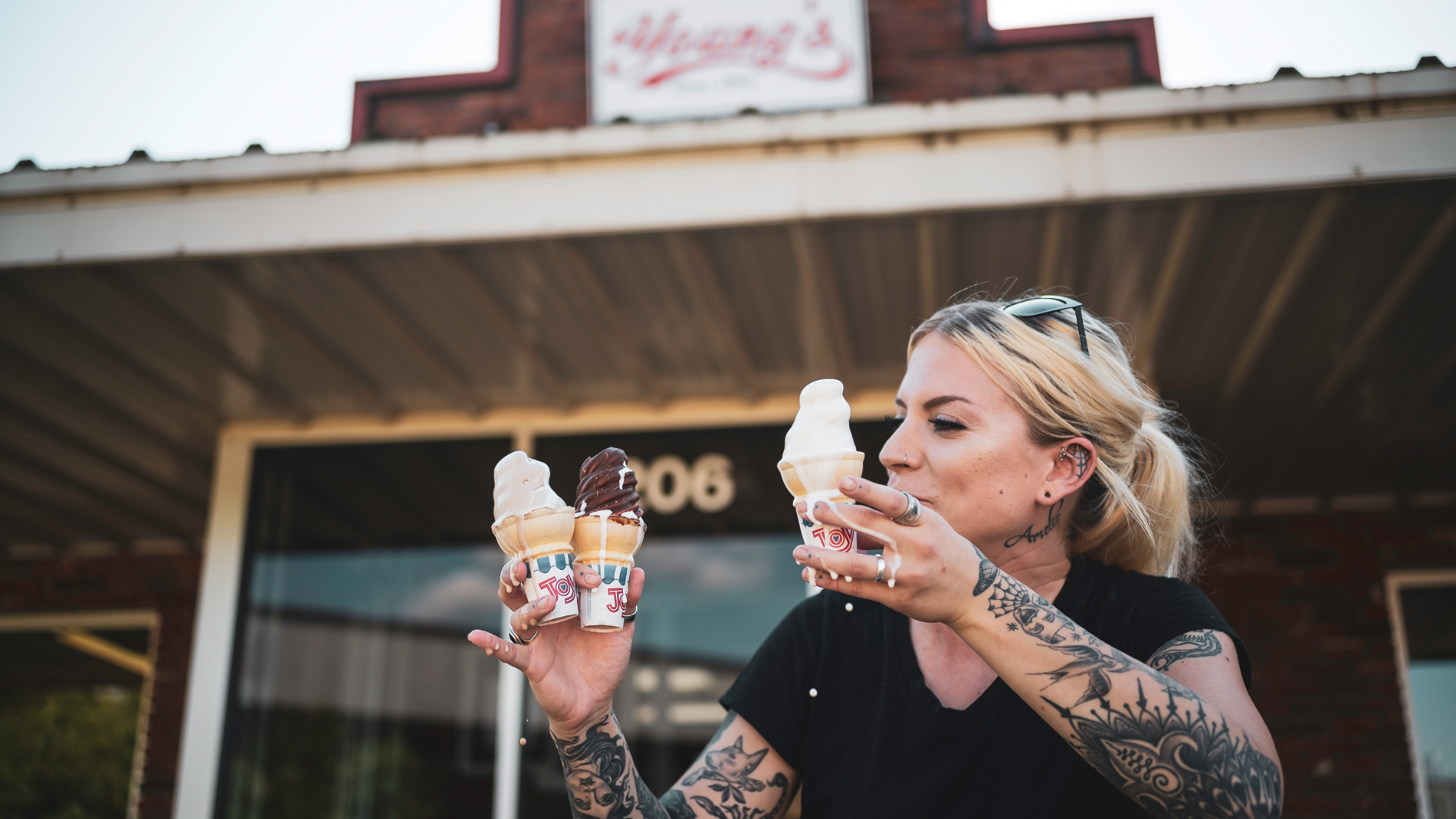 Young's is a summertime staple in Valley Park

Young’s Restaurant and Ice Creamery has been a Valley Park staple since 1954. Located at 206 Meramec Station Road off Route 141, it’s survived two moves forced by street construction – first in 1988 and again in 2002.

Today, it’s managed by Grant Young, whose parents opened the first location as a seasonal burger and ice cream shop for the neighborhood. “Valley Park still has that small town flavor,” Young said. “We’re kind of like Cheers; we’ll recognize you.”

There’s something distinctly American about Young’s – the fact they’ve rolled with the punches over the years, that they’re a dining and catering destination thriving in a county full of big franchises and fast-food joints. Young, who never had political aspirations, even served as Valley Park’s mayor for two years after realizing some things in his community needed to be fixed. “Nobody else came forward,” he said.

We know Young’s as an ice cream destination, but it’s beloved in Valley Park for fried chicken and burgers, and the menu also features unique dishes like a pork tenderloin fritter and beer-battered Monterey Jack cheese sticks. Everything is cooked to order, and all dressings and sauces are made in-house, including tartar sauce for its North Atlantic cod.

Young’s beef is sourced and ground fresh at Middendorf Meat, while its chicken is brought in from farms in Arkansas and Illinois. Young’s menu doesn’t change very often. “If it ain’t broke, don’t fix it, you know?” Young said. “You don’t want to lose sight of what got you here.”