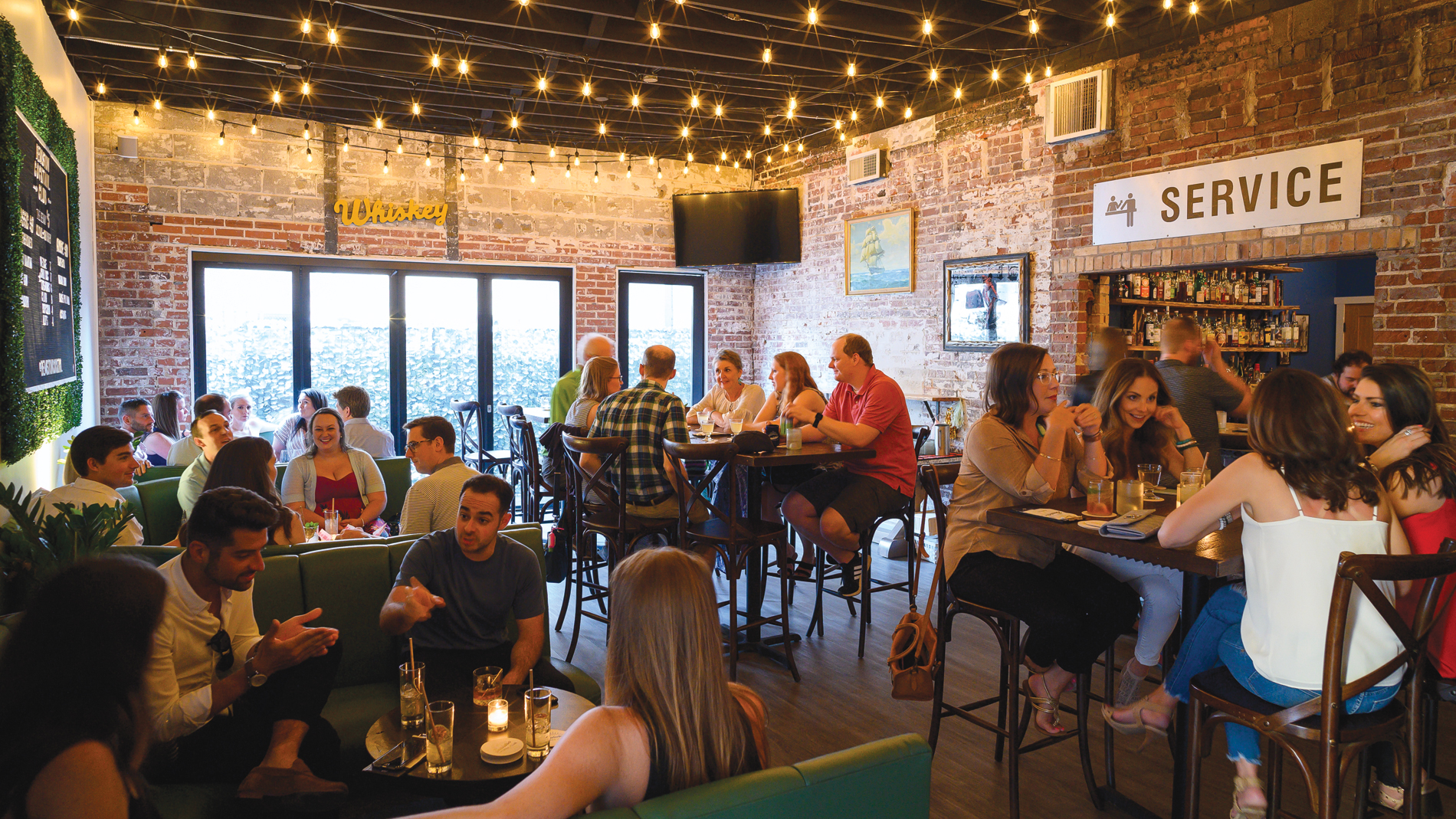 A Clayton address often signals a highbrow scene, but Bemiston Cocktail Club leans casual, efficiently mixing up simple, fun cocktails in a relaxed space and offering a long-needed, late-night option to the city’s nightlife. It’s a chilled out reimagining of Extra Brut, the location’s former Champagne bar by the same owners.

Tucked beyond a long, dark hallway and a cool blue neon Cocktail Club sign at 16 S. Bemiston Ave., the place feels like a secret. The bar greets you right inside the door, and many of the cocktails are batched, which means you can have a drink in your hand almost immediately.

Unfussy as the setup is, it also feels private and clubby. A tall hedge stands guard in front of the wall of windows, providing privacy and a lovely filter for the late afternoon light. The feeling is amplified after dark, when the space glows with candles and strings of Edison bulbs. Add some gentle crooning from singers like Louis Armstrong, nestle into a dark green, curved leather booth with a pretty perfect dirty martini in hand, and you’ve got a nice little late evening.

Bemiston’s cocktail menu matches the space – straightforward, fun and classy. It features a seasonally rotating list of four specialty concoctions, all $10, as well as four classic cocktails, all $9 and expertly done. 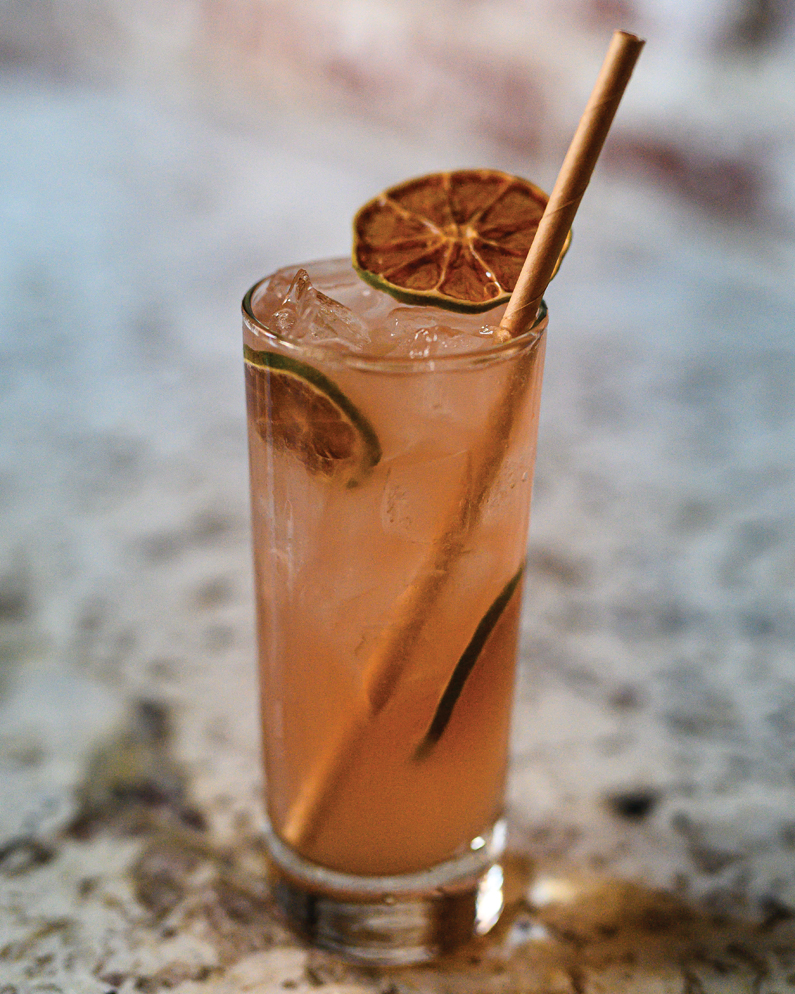 The Rosé Paloma is a light, zippy twist made with Shacksbury rosé cider, grapefruit and tequila blanco. The Trifecta, another great seasonal option, combines applejack, rum and bourbon slightly sweetened with mint simple syrup. The three liquors together have a brown sugary sweetness, balanced by cooling mint freshness.

The classics are also well done, particularly the previously mentioned dirty martini. One of the batched options, the martini is served lightning-quick in a glass washed with lemon oil for a drink with a unique, subtle hint of citrus.

Presentation is understated with simple glassware and pretty garnishes: a dehydrated lime wheel and salt for the Rosé Paloma, a big sprig of mint for The Trifecta, a vermouth-infused olive for the martini and waxy pineapple leaves and dehydrated pineapple for the Wham Bam Family Man, Bemiston’s lighter take on a pina colada.

A small, affordable selection of wines and beer is also available. Wines are $9 to $12 per glass, and beer ranges from $2 for Old Milwaukee to $5 for craft brews. If you can’t decide between beer or liquor, order the Bemmy, $5 for a can of Old Milwaukee and a shot of house whiskey.

The slim food menu is focused on American bar classics. The chili dog is great with a Hawaiian roll toasted just enough to provide a little crunch. The wedge salad is big enough to be a meal in itself. It’s topped with blue cheese, tomato, bacon and perhaps a tad too much green goddess dressing. You can also get onion rings, tater tots and fries, as well as lighter snacks such as spiced nuts and nacho popcorn. The popcorn sounded great in theory but was a little stale when I tried it.

Bemiston Cocktail Club is the rare cocktail-focused establishment that is serious about its drinks but doesn’t overcomplicate them. It’s actually kind of a relief to walk into a nice bar and have a short, thoughtful list instead of pages upon pages of options. It also manages to be tasteful and approachable, whether you’re dropping in for an after-work happy hour or grabbing one last nightcap after an evening out.

Stephanie Zeilenga is a longtime critic for Sauce Magazine.