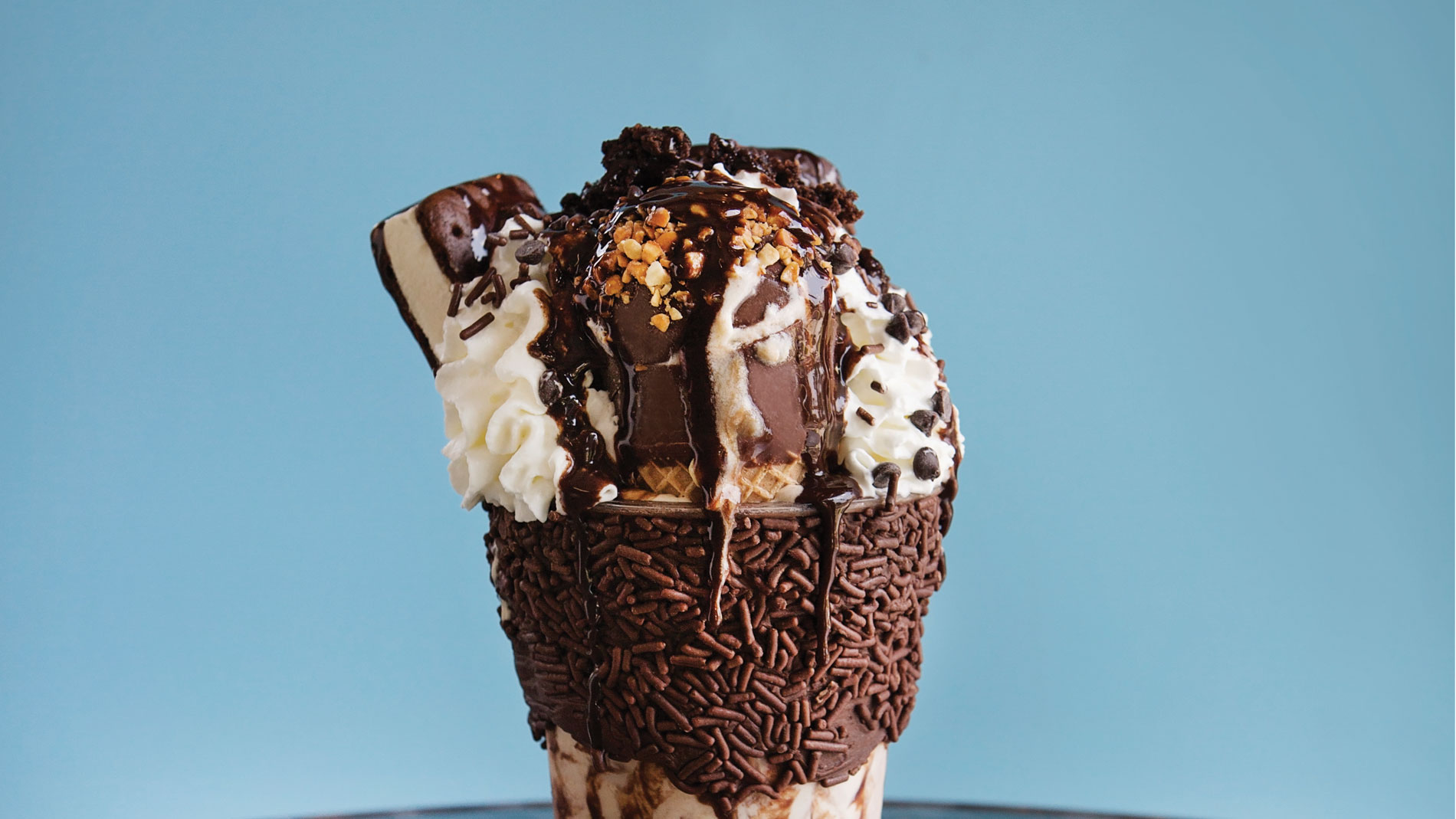 the chocoholic beyond shake from beyond sweet photo by carmen troesser

Beyond Sweet will reconcept, reopen in 2020

Local milkshake wonderland Beyond Sweet is coming back in January 2020, and owner Dallas Holland has some upgrades for what she calls “Beyond Sweet on steroids.”

As reported by the Riverfront Times, her new Beyond Sweet Bar & Grill will feature wings, burgers, pizza, fries, as well as new alcoholic options for its signature milkshakes. Beyond Sweet drew attention in 2017 for its over-the-top Beyond Shakes: milkshakes topped with a plethora of sweets like ice cream sandwiches, mini doughnuts, brownies and more.

Howard said the new space will be located in the Central West End; she declined to share the address until closer to opening.

The demand for more savory food items was one reason Holland wanted to expand Beyond Sweet’s concept. The previous kitchen at 5901 Delmar Blvd., was only equipped to make carnival food like funnel cakes, fried Oreos and nachos.

“The food items are definitely my babies. I used to own a restaurant, and I love to cook,” Holland said.

It’s not just the menu that’s changing at Beyond Sweet. Holland said she also wants to create an atmosphere families can enjoy by adding games like giant Connect Four, foosball, skee-ball, as well as karaoke for the adults.

The addition of a liquor license means adults can step up their already over-the-top milkshakes by adding spirits to the concoction, and Holland can expand her menu with additional offerings for those 21 and older.

“If they want ice cream, they can get ice cream but they’re more than welcome to add a shot of tequila or a shot of vodka into their shakes,” Holland said.

You need to eat this double cheeseburger from The Midwestern

The double cheeseburger at The Midwestern is a burger that has the power ...