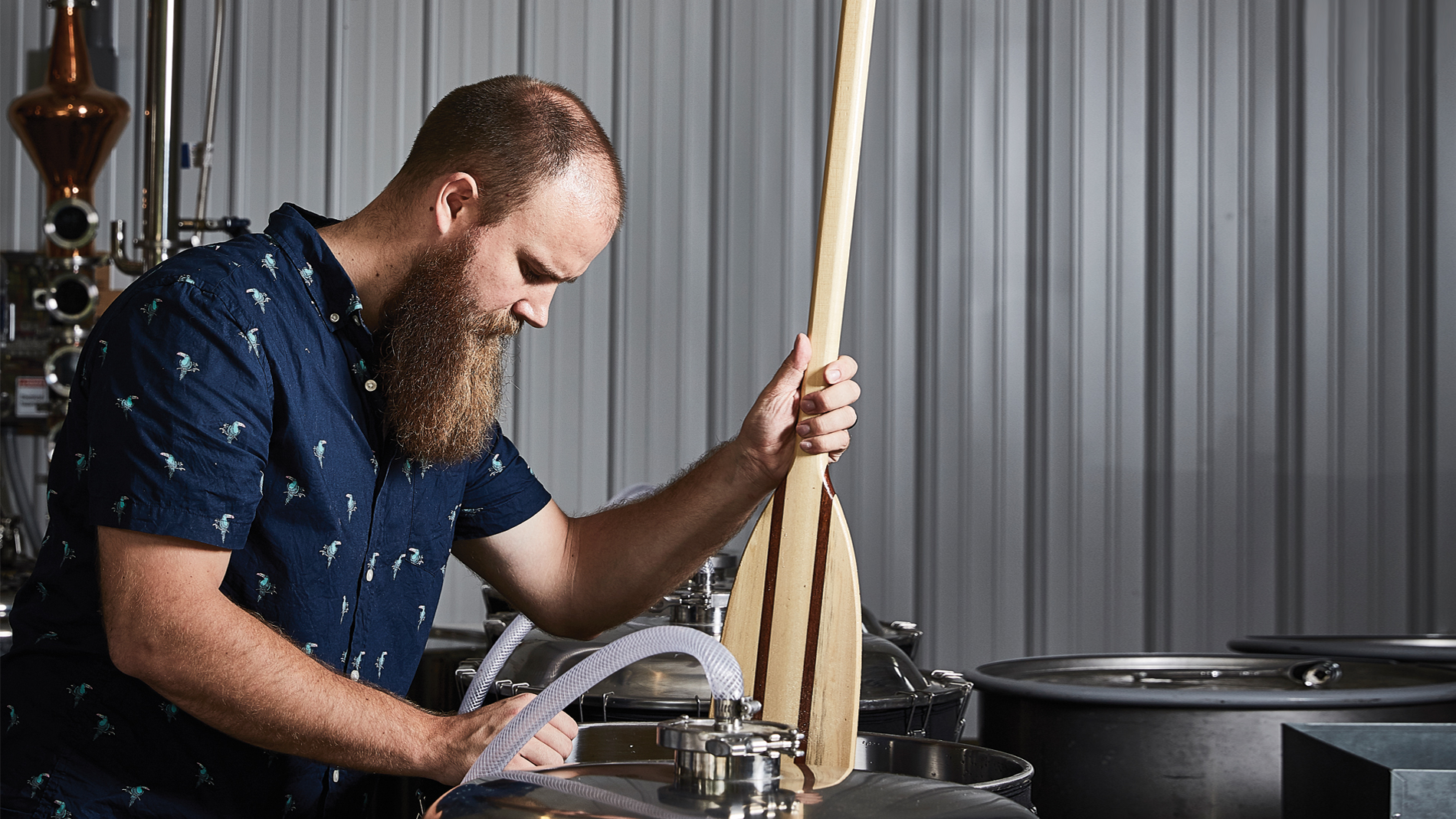 When Demetrius Cain became enamored with rum about 10 years ago, there wasn’t much to love.

“Back then, you couldn’t find funky Jamaican rums or anything. Pretty much, it was Captain Morgan, Kraken and Bacardi,” Cain said. “There wasn’t much of a variety. Appleton [from Jamaica] was about as good as it got.”

So, naturally, the young Kansas City bartender decided to make his own grassroots juice. Knowing there was no way he could afford to hire someone to do the legwork, he researched all the regulatory issues and sifted through mountains of paperwork and red tape. More important, he studied distilling and fermentation methods essential for a top-notch product.

Rum production is more Wild West than many other spirits. There are traditions, but not a lot of rules. With few hard requirements for designation, the spirit varies widely in quality and ingredients.

“I think too often rum gets a bad rap for being a sweet spirit, when in actuality it doesn’t come out sweet,” Cain said. “It’s the post-processing that makes it sweet – they call it dosing or sugaring. Our aged rum tastes like whiskey because there’s no sugar in it.”

After a couple years experimenting with molasses and molasses-cane blends, Cain decided to pursue the French style of rum, which uses sugarcane juice. He switched to raw sugarcane and took a good two years more to dial in the recipe.

During all this time, Cain and his then-girlfriend, now-wife Laura Cain moved back to her native St. Louis. The climate was right for aging spirits, and the laws were favorable for aspiring distillers. In early 2018, the couple bought a farm in Beaufort, Missouri, and Nobletons Distilling House had a home.

Originally from Oregon, Cain was uniquely suited for many of the tasks inherent in building a distillery. He had spent time working as a farm and ranch hand and as a welder when he was younger. With the help of friends and family, the Cains built everything themselves.

“We kind of pieced everything together because we didn’t have outside investment for purchasing large equipment,” Cain said. “It’s hard when you look at what everybody [with big investors] has, but you lose some of the integrity of the product that way.”

Instead of investors, Cain brought in his friend, Dan Combest, as a partner to help develop and maintain product control. Combest has a doctorate in chemical engineering, which helps a lot when it comes to consistency.

Nobletons uses a single cognac still, a hybrid of pot and column stills, to produce all of its spirits. “One still and lots of batches,” Cain said. Everything that comes off that still is unadulterated with no added sugar or color. Everything is done onsite, including aging in American white oak, finishing in French oak, bottling and labeling.

“He does a lot that no one else does,” said Retreat Gastropub and Yellowbelly co-owner Tim Wiggins. “He ages his water that he then dilutes the distillate with, which is super strange. I don’t know if anyone else does that. He uses dunder management, which is exclusive to Jamaica, really – wild that he’s doing that in Missouri. He’s a wild man.”

Wiggins was the first person outside the Nobletons fold to sample Cain’s rum.

“It was probably eight months ago that he came in with a bottle of his rum,” Wiggins said. “He was like ‘I made it agricole-style.’ And I was like, ‘No you didn't. Who are you and why are you lying?’ But he actually did it – and it’s really good.”

From the start, Cain has done things his way, from using dunder (the acidic leavings of the distillation process that are added to subsequent batches to help jumpstart fermentation like sour mash in whiskey) to producing everything he sells.

“We don’t source a single drop of alcohol from anybody, and we do everything from start-up fermentation all the way through maturation and bottling,” Cain said. “Even though it’s the hardest way possible, we want to make something any St. Louisan can pick up and say, ‘This was made here.’”

Nobletons spirits could technically be considered rhum agricole, the French term for rum made with cane juice, and Cain uses the spelling ‘rhum’ on some labels to indicate the products’ inspiration, but he won’t use ‘agricole’ out of respect. “We wanted to focus on following the traditions of the islands, but we’re not trying to be an island rhum,” he said. “Rhum agricoles should be made in the French Caribbean. To us, that’s what it stands for.”

Cain said Richard Seale, the force behind Barbados’ Foursquare Rum Distillery, has been an important exemplar and adviser.

“We really look up to him and respect the heck out of [Foursquare’s] products – we think they’re some of the best in the world,” Cain said.

All the hard work came to fruition in March 2019 when Nobletons’ first Duckett rum, named after Cain’s grandfather, hit the market. This unaged white rum was soon followed by 6-month and 1-year versions. More recently, Cain started making curaçao with a recipe he got from a family of distillers on the island of Curaçao itself utilizing laraha peels, the bitter orange fruit used in authentic curaçao.

“My favorite of his is the gold. It’s like the perfect cocktail rum: super dry, mildly spicy, super clean, with no sweetness,” Wiggins said. “A lot of rums have the same flavor profile but too much sweetness, so they throw everything out of balance.”

Duckett Golden Rhum, aged exclusively on French oak, will be released this month. Not one to sit back and relax, Cain said he’s also working on a few new liqueurs, as well as some rums finished in sherry casks. Nobletons just started distribution via local company Vintegrity, so fans should have no problem getting their fix around town and beyond.