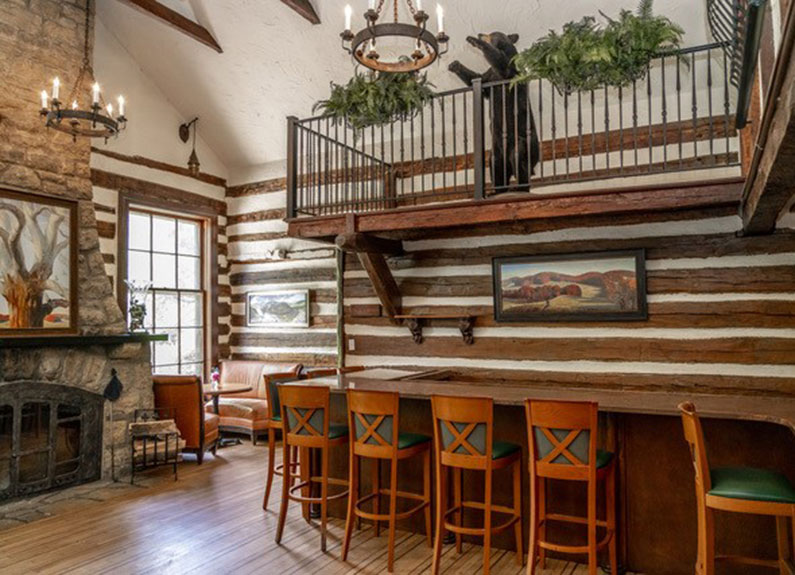 the space the old barn inn restaurant will occupy was originally built in 1843. photo courtesy of the inn at st albans

The Old Barn Inn Restaurant will open at The Inns at St. Albans in December

Visitors to The Inns at St. Albans will have a new farm-to-table restaurant in early December. Restaurateur Beth Williams, the historic inn’s new head of food and beverage operations, will helm the restaurant. Williams currently runs Table Three, which will she will close Nov. 23.

“I had Table Three for the past 10 years. In 2009, I wanted to open an expanded version of Cuisine d’Art Cafe, so I did that and continued to cater,” Williams said. “Now I’m doing an a la carte restaurant. This sounds like a lot more fun.”

The space The Old Barn Inn Restaurant will occupy was originally built in 1843 as a barn, and expanded to become a restaurant in 1928, closing in the '50s. It reopened in the ‘80s as Malmaison, transitioning again in 2004 to an event space after Datra Herzog purchased the Inns.

“We felt like it was very important to pay homage to the past and to that historic property by reopening it,” Williams said. The Old Barn Inn Restaurant will offer a bucolic menu that will rotate about six times a year, reflecting the seasonal changes of the area.

“For the holiday, we’re doing things like a country bread bowl with French onion soup and baked Gruyere. We make all our own breads,” Williams said.

The bar program will focus on hand-crafted cocktails and wine. “A bounty of California wines, a small selection of French wines, some Argentinian and Chilean. They’ll run seasonally,” Williams said.

The restaurant will be open 5 to 10 p.m. Friday and Saturday and 5 to 9 p.m. Sunday The intimate 60-seat space will be open from Valentine’s Day through New Year's Day each year, taking a six week vacation between the two holidays; Williams aims to offer special holiday menus on Valentine’s Day, Christmas Eve, New Year’s Eve and more.

On Sundays during the summer, the restaurant will open a wine garden outside for wine and bourbon tastings, live music and more.