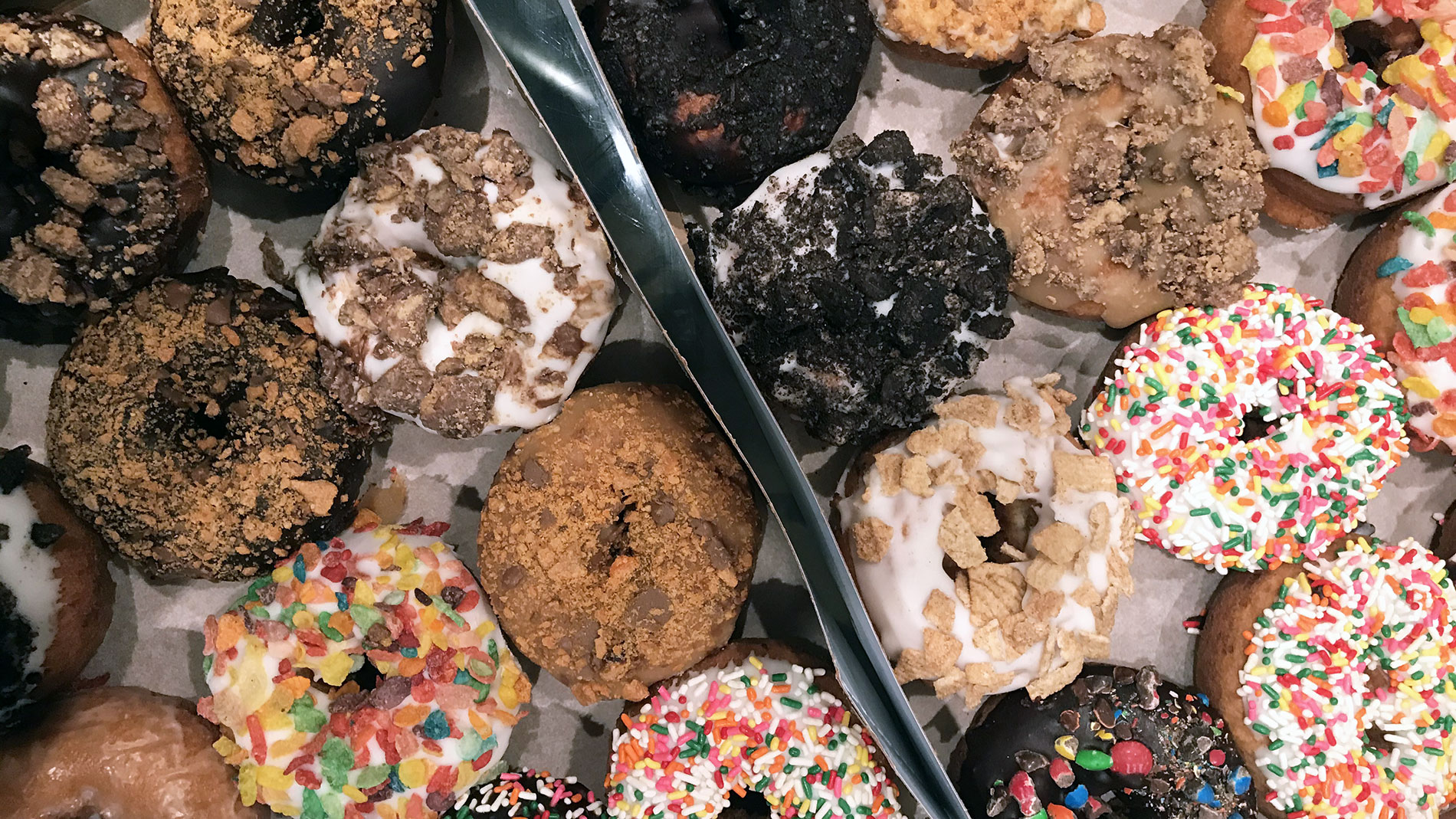 Owner Jamil Jabbar, who got his start making homemade bagels, decided to make the shift to doughnuts after realizing their popularity.

The menu is full of classics, as well as specialty doughnuts, including Oreo, Cinnamon Toast Crunch and Fruity Pebbles. In the future, Jabbar said he hopes to serve more types of breakfast foods, like wraps and sandwiches. Customers can also pair their doughnuts with their favorite soda, energy drink, juice or protein shake.

Jabbar said he has always loved spending time in the Loop, so when a storefront opened in nearby University City, he felt like it was the best of both worlds.

After selling bagels in a GasMart, Jabbar realized that doughnuts were outselling his bagels. He interned with Kelly’s Donuts in Hazelwood and made the shift to doughnuts.

Jabbar said as a business owner, his main goal for the shop is for people to enjoy his food and leave Boogyz happier than when they arrived.

“The sky is the limit,” Jabbar said. “My goal is to make people happy [and] set a good vibe.”