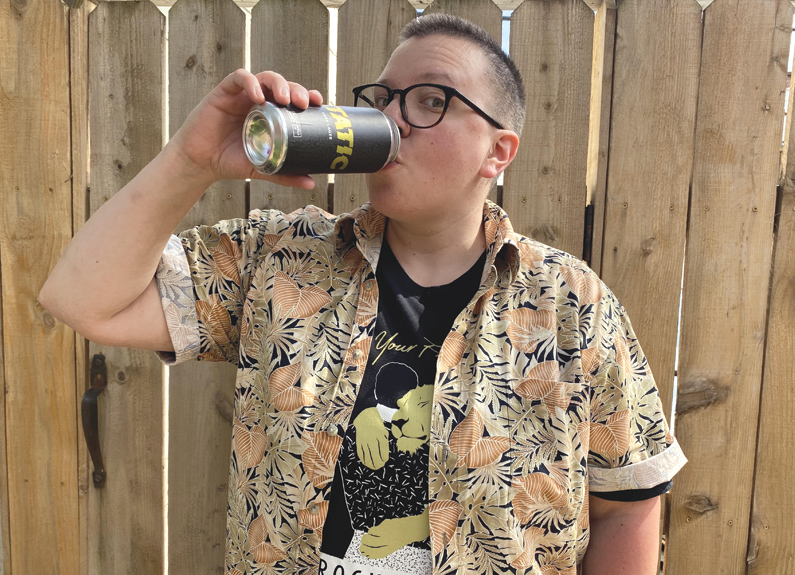 Checking in with... Jordyn Crawford of Rockwell Beer Co.

What could a prolonged future of social distancing mean for a business that thrives on togetherness? Jordyn Crawford, the tasting room manager for Rockwell Beer Co., is not sure, but she’s certain that it will look different than it used to. When Rockwell opened in November 2018, its massive patio and sleek, wood-leaden tasting room brought a particular kind of much-needed vibe to the neighborhood; since then, the brewery – and its kitchen, Niche Food Group outpost Brasswell – has acted as everything from a late night-stopover to an event space to a full-on animal farm. We caught up with Crawford to talk about her new baking skills, what her tasting room could look like after the coronavirus, and which non-Rockwell beer she’s been craving.

First things first. How are the llamas doing?
You know, I wish I had a better answer for you. I don’t personally have a direct line of communication with those guys. But I imagine that they’re happy and they’re just chillin’. And that they can’t wait to get back outside again, just like the rest of us.

What’s going on with Rockwell right now?
We’re doing our best to keep up with the curbside game. It started really, really slim, just doing beer. Obviously, we had to cut production back. It seems like almost weekly, we’ve been able to expand that. We started making Jell-O shots, which is super fun. We were able to get Brasswell back on board and do a little bit of food. We were able to do the Might As Well IPA, which is our first new beer that we’ve released since the shutdown. We sold out of all cans in one day. The community has really showed up for us, which is awesome.

What’s that beer like?
I’m not working right now, but fortunately I was able to swing in and grab a six-pack of it myself. I haven’t been talking too much with the production guys about the nitty-gritty of what they’re doing right now, but we’ve all been keeping in touch socially. Doing Zoom happy hours and stuff like that. But I’m kind of leaving that to them.

What have you been doing while you’re at home?
You know, everybody has to find hobbies to sink themselves into so they don’t go totally insane. I, like so many other people on the planet right now, have chosen bread-making, which I am woefully unprepared for, because I have none of the supplies. Nothing. I tried making a pie crust before I dove all the way into bread. I have no food processor, no pastry cutter, no rolling pin. I did it all with a potato masher and by hand, and rolled it out on my counter with a vodka bottle. But I will say it worked.

What kind of pie was it?
I made a quiche, actually. It was when we got one of these awesome care packages from Niche [Food Group]. They’ve been really cool, working with their distributors and local farmers, taking things that would have gone to their restaurants and distributing them across their employees. So we got a care package that included just a shitload of eggs. I was like, “What am I going to do with all of these eggs? Let’s make a quiche!” I saw how well the crust turned out, so I thought maybe bread’s next.

What have you done so far?
I’ve done three different styles of loaves so far. I started with a basic crusty loaf, like the Jim Lahey no-knead recipe. The whole deal is that a 6-year-old could do it, and I will maintain that. It was so easy. [laughs] The biggest thing you have to do is not touch it. It turned out great. Just yesterday, I did a couple loaves of white sandwich bread that turned out really beautiful. I’m really proud of it.

What have you been drinking at home?
I always try to keep my Rockwell supply high enough, so I can always enjoy the good stuff. What I started missing, because I’m not going out to bars anymore… I found myself really missing Stag a lot. It feels weird going to the store and buying Stag when it’s so easy to go to Rockwell and get that delicious beer, but, you know, the heart wants what the heart wants. The first time I picked up some Stag, it was just a 12-pack. That did not last very long. I was like, “I need to go bigger next time.”

As the tasting room manager for a big brewery, what do you think the future of tasting rooms could look like?
There’s a lot of change coming, for sure. There’s just gonna have to be. I don’t know that anybody’s gonna be able to go back to business as usual. Maybe ever. Businesses are going to have to be flexible. I don’t know if you saw our most recent Instagram and Twitter posts, but we’ve tried to work on more permanent solutions to keeping people comfortable and safe and healthy. We’re trying to be flexible and stay on our toes. I think that maybe separating to-go from the dining-in experience is going to be one aspect of that for everybody across the board.

Let’s look ahead, say, two months from now. You guys decide to open the tasting room. What do you think that would look like?
Honestly, that’s going to be a conversation that we’re going to have with ownership. If I had to make a guess, based on not just us, but everybody, we’re definitely going to have to look at maintaining how many people are in the room at any one time. Hopefully trying to set up some mandated [space] between tables. It’s tough for a place like Rockwell, that’s so open. When you think about seated restaurants, where you make a reservation, it’s pretty easy to say, “OK, we’ll sit this table, and then we’ll keep these two open, and sit this next one.” At a place like Rockwell, it’s all about community, people just gathering and spending time. It’s going to be tough to convince people not to congregate in that kind of way anymore. We’re a social people. I think we’re just going to have to see. 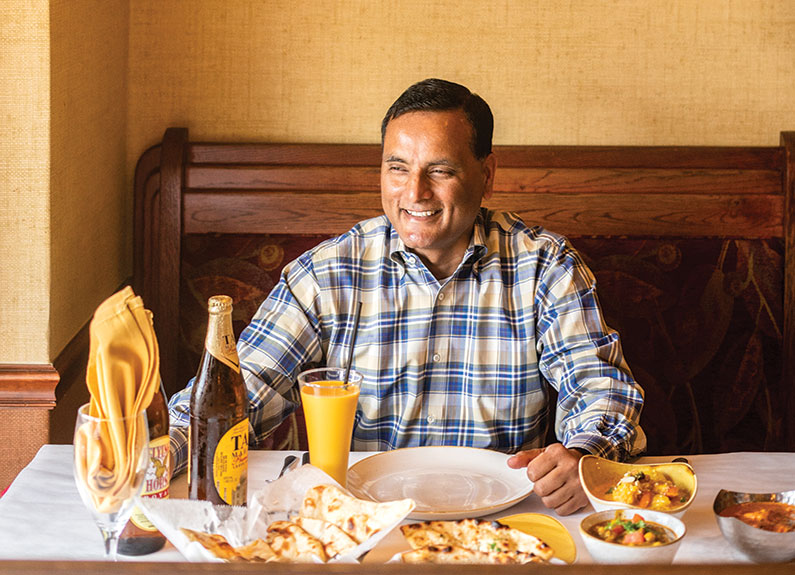